A headline by South African news outlet the Sowetan on 16 November 2021 says the National Student Financial Aid Scheme (NSFAS) has announced students will need to pass with a 75% mark.

The headline was published on the Sowetan’s official Facebook and Twitter accounts. The caption on both posts reads: “Students will need a 75% pass on their modules in order to continue receiving funding from the National Student Financial Aid Scheme.”

NSFAS is a state-owned scheme that provides funding for tertiary education to students from poor and working-class backgrounds.

The posts quickly went viral on social media. But is the headline accurate? We checked. 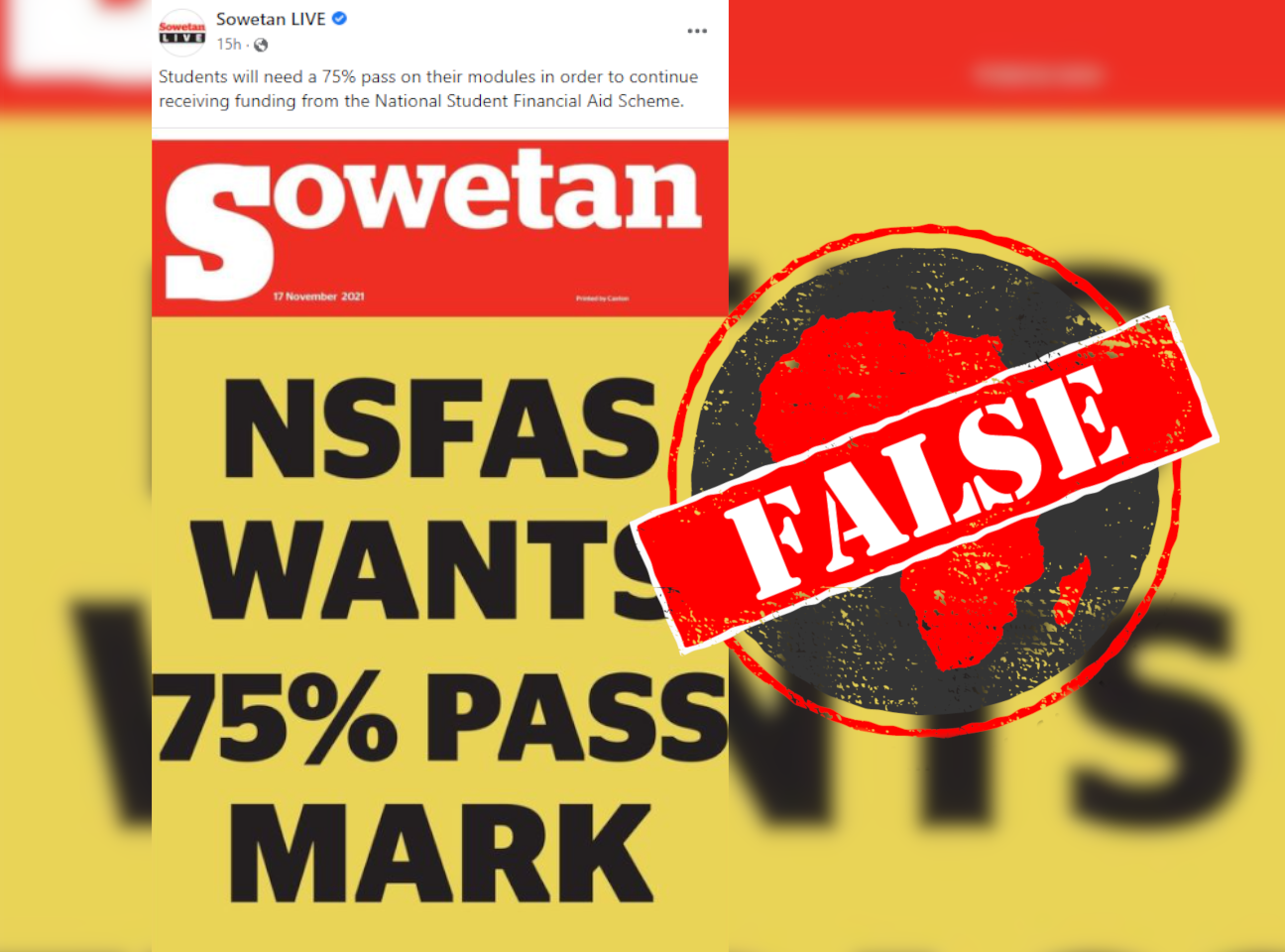 Proposal for students to pass 75% of their modules

The wording of the article is substantially different from the widely shared headline and reads: “Students need a 75% pass of their modules in order to continue receiving funding from the National Student Financial Aid Scheme.”

NSFAS spokesperson Papama Mpupa said that the organisation “is currently embarking on its normal stakeholder engagement roadshows across the country, which take place annually”. They would not give any public comments on the negotiations.

Africa Check then contacted Thabo Shingange, former national spokesperson for the South African Union of Students, who said the headline was misleading.

“There are ongoing talks between NSFAS and student representative councils in terms of the proposed guidelines for 2022, however these guidelines are not yet finalised,” he said.

“What is important to stress is that NSFAS is proposing that students pass 75% of their modules in order to continue receiving funds.”

Currently, students are only required to pass 50% of their modules.