“They should try the Vaccine at Politicians first cause if we lose a few of Them, it won’t really matter at all,” reads text above a photo on a graphic posted on Facebook.

The graphic was posted with the comment: “What do you think of his Idea?” Several users respond positively, with comments such as: “It's a very good suggestion if only the greedy politicians will hearken to it.”

South Africa is currently battling a second wave of Covid-19, with more than 1.4 million cumulative cases and 40,000 deaths. The country recently moved to a level 3 lockdown, which restricts people’s movement and bans the sale of alcohol, among other measures.

South African president Cyril Ramaphosa announced in January 2021 that the country had secured 20 million Covid-19 vaccine doses, to be delivered throughout the year. The government is prioritising around 1.2 million frontline health workers to receive the first batch of vaccines.

Zondo is a respected figure in South Africa, currently presiding over investigations into allegations of large-scale corruption under former president Jacob Zuma.

Did Zondo say politicians should be first to get the jab, because “if we lose a few of them, it won’t really matter at all”? 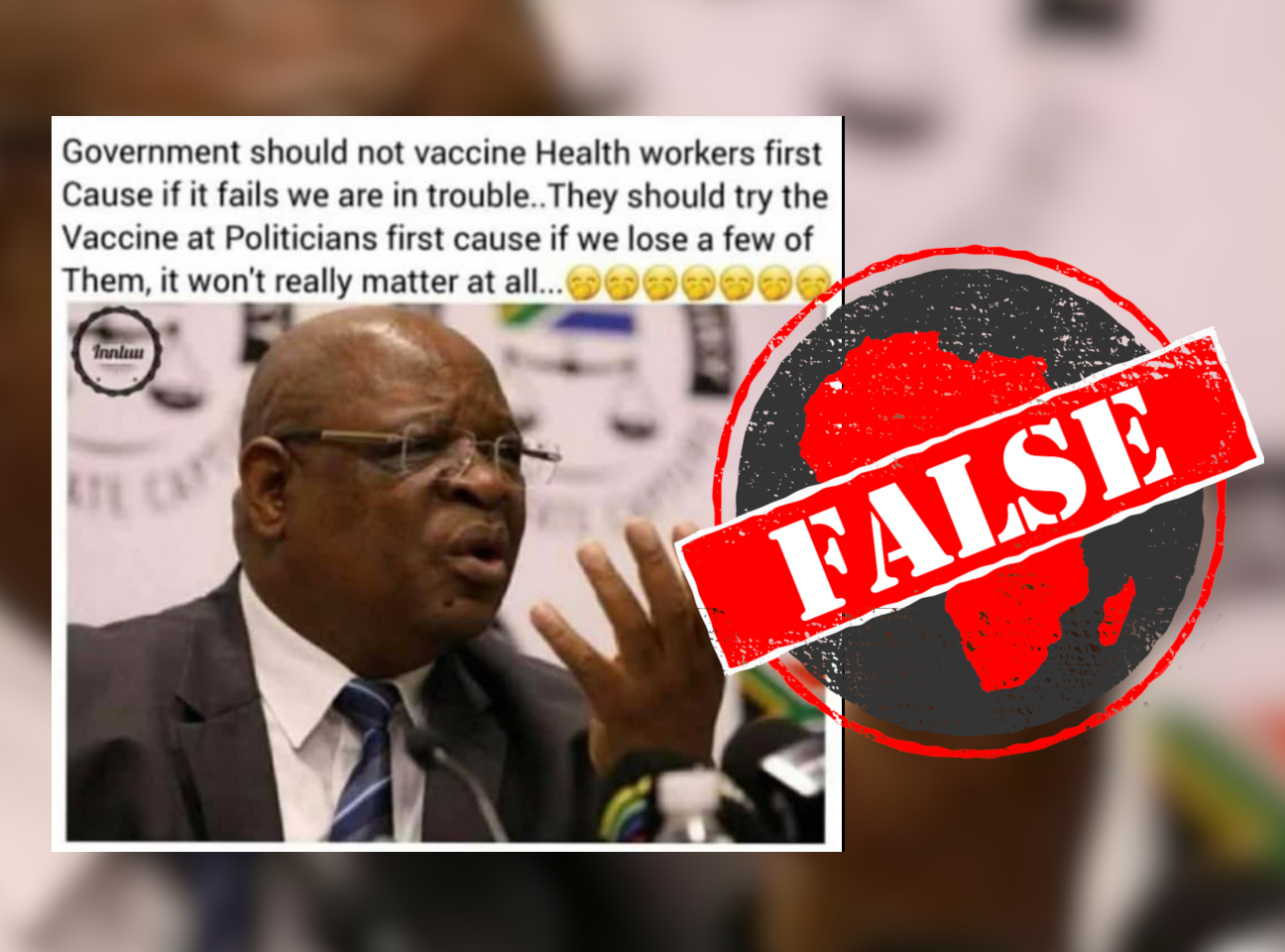 No news of quote

The quote’s poor grammar is the first red flag the quote may be false. It is inconsistent with the formal, measured way Zondo usually speaks.

Second, Africa Check could not find any credible evidence linking the quote to Zondo. If he had made such a statement, it would have been widely covered in the media. It wasn’t.

Everything suggests that the quote has been falsely attributed to Judge Zondo.