A post shared on Facebook and addressed to “all FNB clients” claims South Africa’s First National Bank (FNB) is guilty of the “biggest SA scam”.

It reads: “FNB ‘accidentally’ deposited R1,000 to 1 million people. They charged R28 per reversal. They made R28 million.” 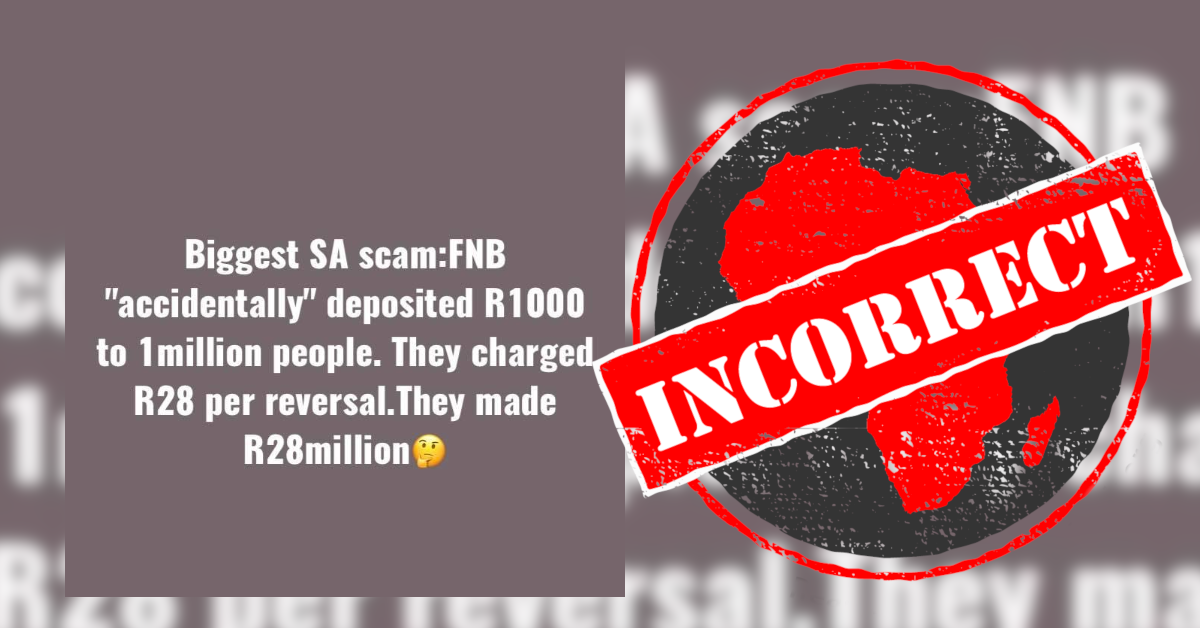 In June 2019 there were multiple reports that FNB accidentally deposited up to R3,600 in some of its customers’ bank accounts. But the bank reversed the transactions within a day.

FNB apologised to affected customers on its Twitter and Facebook accounts, explaining that the mistake had been caused by a system error.

In an interview with Business Insider, FNB’s consumer chief executive Christoph Nieuwoudt denied claims that the bank had charged its clients a reversal fee.

“The monies that were in clients’ accounts were not deposits, in the same way that FNB correcting the transaction is not a reversal," he said.

According to FNB, “the incorrect balances were due to delayed debit card transactions for purchases”. – Africa Check