No, South Africa’s top cop didn’t say you should phone police after your murder – more false news posing as satire

IN SHORT: A ridiculous quote attributed to new police commissioner Fannie Masemola comes from a supposedly satirical Facebook page. But satire circulated as fact is disinformation.

“If criminals kill you during a robbery, don't attempt to avenge yourself, wake up in the morning and call the cops. We will come and take a statement.”

That’s the head-scratching quote on a graphic gone viral on Facebook in September 2022.

It shows a photo of general Fannie Masemola, South Africa’s new national police commissioner. He was appointed to the top job in the South African Police Service (SAPS) in April.

The photo indicates that the absurd quote is by Masemola.

The graphic has been reposted on South African Facebook pages with comments such as:

These indicate that Facebook users believe Masemola actually said it.

Another user commented: “You just can't make this crap up.”

But you can. The quote is entirely made up, and comes from the supposedly satirical Facebook page “The News Vine South Africa”. 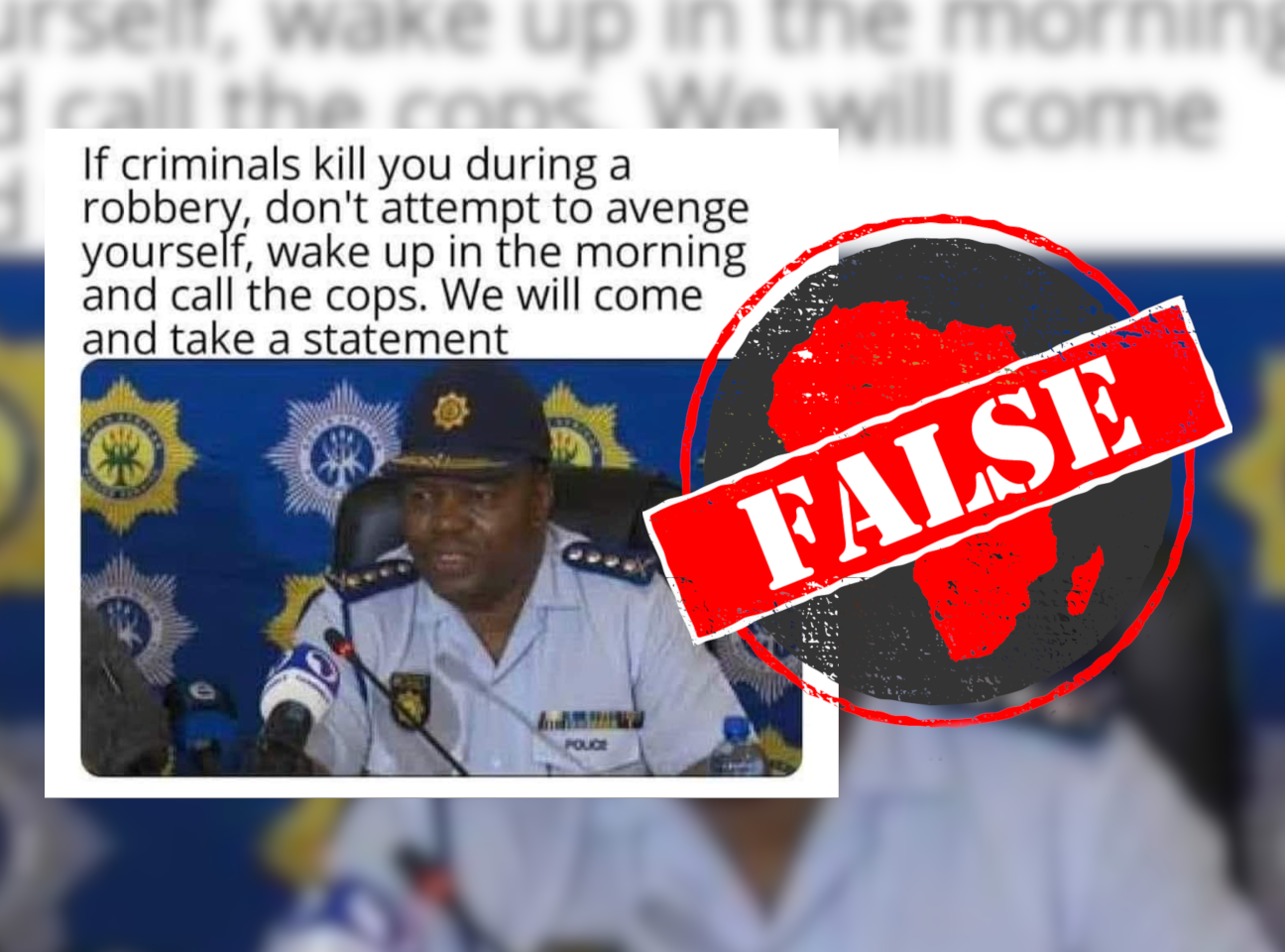 A cover for false information

In its about section, “The News Vine South Africa” describes itself as “South African Satire”. It adds this additional information: “If it looks like satire and it sounds like satire, it's probably satire.”

The Facebook page links to the website Clowns in Suits, which also describes its material as satire.

Satire is, according to one dictionary definition, “the use of humour or exaggeration in order to show how foolish or wicked some people's behaviour or ideas are”.

But satire is often used as an excuse, a cover, for false information. And when it’s circulated online with no indication that it is satire, it becomes disinformation.

There is no humour or exaggeration in the quote. It is simply false.