“BREAKING NEWS : Leo Messi is the winner of the 2021 Ballon d'Or,” reads a message posted on Facebook in early November 2021.

“The 6-time winner Lionel Messi was told this week by France Football that he has won his legendary 7th Ballon d'Or. Messi will be handed the award the 29th of November in Théâtre du Châtelet in Paris. Well deserved.”

It credits the news to Portuguese sports channel RTP Desporto.

The Ballon d’Or is an annual football award organised by France Football. The winner is considered the best football player of the year.

Argentinian football superstar Lionel Messi has indeed won it six times, most recently in 2019, and is a finalist for the 2021 edition. The awards ceremony is set to take place at the Theatre du Chatelet in Paris, France, on 29 November.

But has Messi already been told he has won this year’s Ballon d’Or? 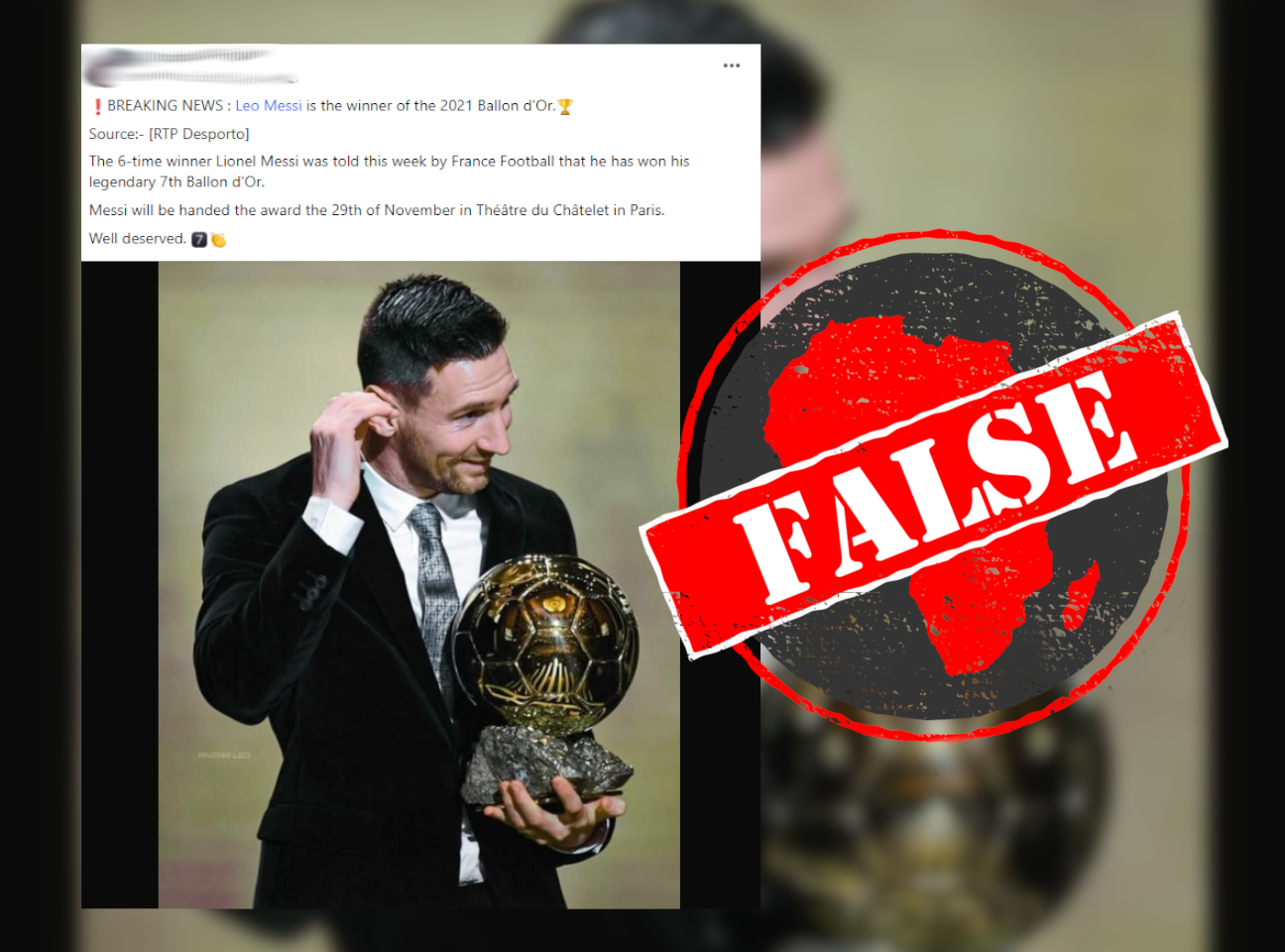