No, statement banning demos against eviction of Maasai from world famous Tanzanian reserve not by Kenya’s police

The Tanzanian government has started relocating the Maasai community living in the famous Ngorongoro conservation area.

Authorities say this is meant to protect wildlife and that the relocations are voluntary. But they remain controversial.

As the hullabaloo rumbles on, what seems to be a statement by the police of neighbouring Kenya is doing the rounds on Facebook.

It says peaceful demonstrations against the relocations, at the Tanzanian embassy in Kenya, are banned. The statement is dated 14 June 2022, with the protests supposedly set for the next day.

“This letter notifies that the said demonstrations have been banned by the police force as the Maasai saga is internal issue and is politically motivated by some big shots in Kenya,” it reads.

It then startling singles out Kenya’s central bank governor, Patrick Njoroge, as one of those fuelling the protests because his “heard of cattle have been evidicted from the crater. I hope you will obey the police order and observe peace in our country.”

The main feature of the conservation area, a Unesco World Heritage site, is the Ngorongoro crater.

The statement has been posted in public groups with tens of thousands of members. But is it real? 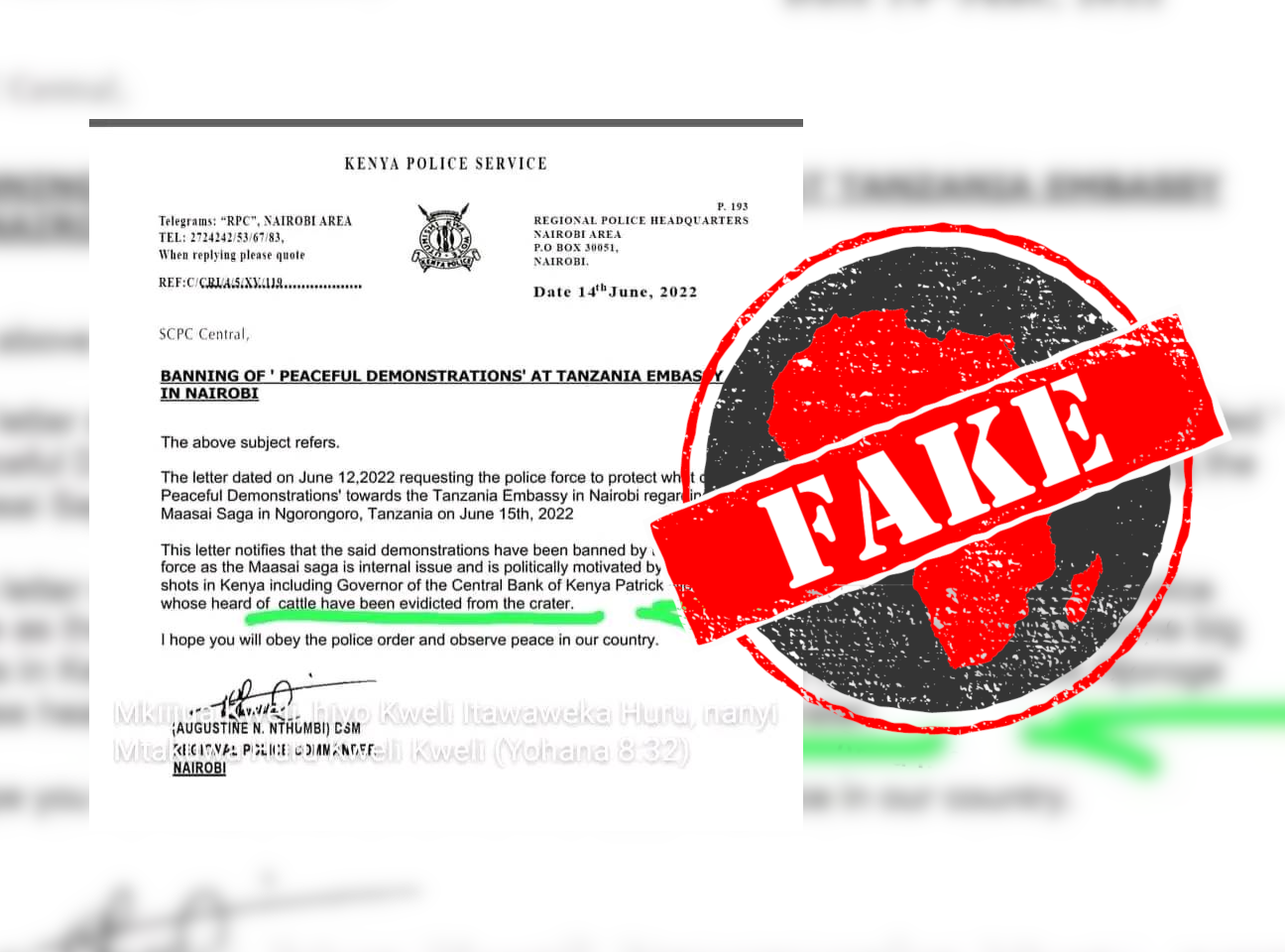 Signs of a fake

The first sign that the statement may not be authentic is its many spelling and grammar errors.

The police would also be unlikely to single out a high-ranking member of the government in this way.

Kenya’s National Police Service, through its official Twitter account, distanced itself from the letter, terming it “fake news”.