Afghanistan made headlines around the world in August 2021 when the Taliban Islamic movement took control amid a swift collapse by the country’s US-backed military.

Soon after, photos and videos of Afghanistan’s new Taliban rulers giving a press conference were beamed around the world.

In Kenya, a screengrab of an Al Jazeera TV news broadcast showing a Taliban official was posted on Facebook. Text at the top of the screen indicates it was broadcast live from Kabul, Afghanistan’s capital.

Text at the bottom of the screen reads: “Taliban spokesman: BBI is haram and should be stopped.” Below that are the words “Taliban takeover”.

BBI, or Kenya’s Building Bridges Initiative, was a plan promoted by president Uhuru Kenyatta and his political rival Raila Odinga in the wake of the disputed 2017 general elections. It was intended to culminate in amendments to Kenya’s constitution but both the high court and the court of appeal ruled against it in 2021.

The screengrab has also been shared by a prominent lawyer in Kenya, with the caption “NO COMMENT”.

We checked to see if the Taliban had indeed proscribed the building bridges initiative. 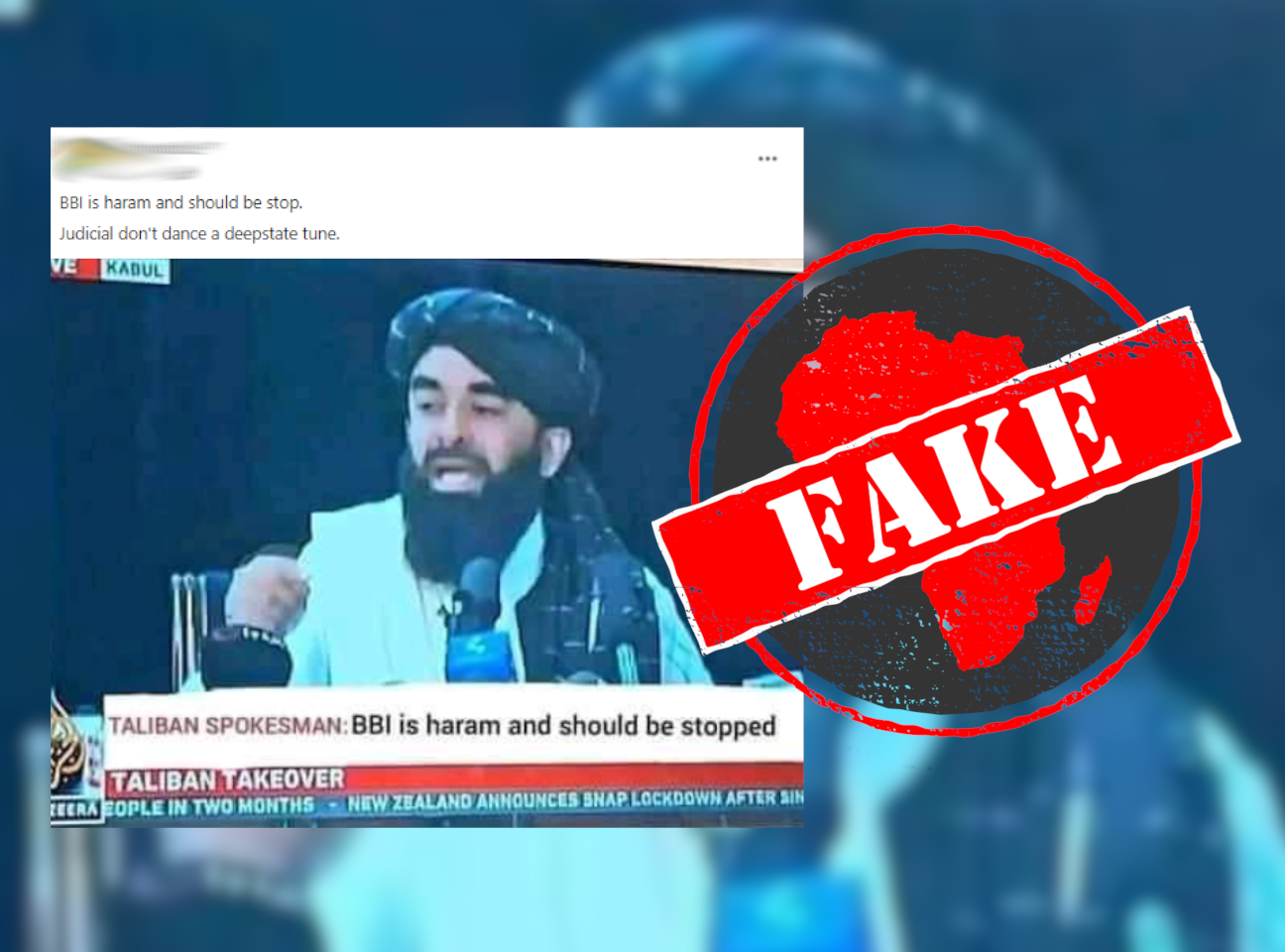 No reference to BBI

Al Jazeera has covered the takeover of the Taliban in detail. Africa Check looked at the station’s coverage to see if the image could be identified.

A web page from Al Jazeera shows multiple videos and photos of the Taliban’s first press conference on 17 August 2021, after the group took the Afghan capital. It confirms that the person in the screengrab is Zabihullah Mujahid, a spokesperson for the group.

The text has been photoshopped onto the screengrab.