Tanzanian president Samia Suluhu has come out in support of a prominent but anonymous Twitter user with the handle @Kigogo2014, a whistleblower and human rights activist who was threatened with arrest by the administration of late president John Magufuli.

This roughly translates as: “Let Kigogo2014 be. Focus on important and productive issues in the country. Every person has a right and freedom to express themselves.”

The screenshot has been shared in two public Facebook groups, one with more than 280,000 members, the other with some 67,000 members.

False claims of copyright infringement have been used in an attempt to silence @Kigogo2014, who has more than 577,000 followers and has been described in Tanzania as “our president of the Twitter republic”.

The activist’s identity is unknown, a “closely guarded secret”, the BBC says. He or she told the BBC: “I'm a whistleblower and I expose corruption and human rights abuses in the country.”

But did Suluhu, who succeeded Magufuli when he died in March, really tweet that @Kigogo2104 should be left alone? 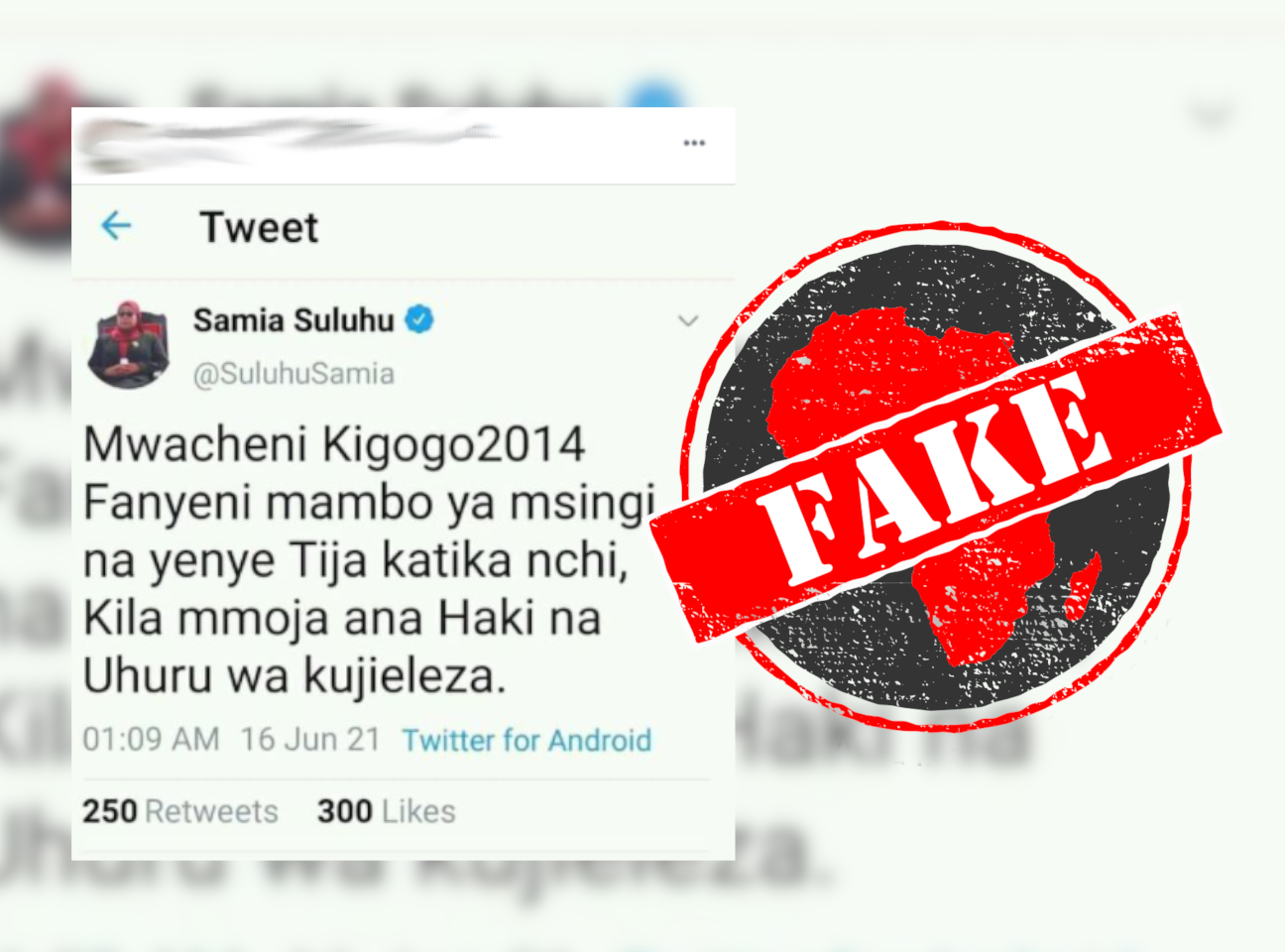 ‘This information is not true’

There is no reference to “Kigogo2014” on the Tanzanian presidency’s official Facebook page. An advanced Twitter search also returned no results.

But the screenshot was posted on “Ikulu Mawasiliano”, the Facebook page of the president’s communication team – stamped “FAKE NEWS”.

“TAARIFA HII SIYO YA KWELI. IPUUZWE,” the post reads. Translation: “This information is not true. Ignore it.”

A screenshot of a tweet suggests that Tanzanian president Suluhu has called for activist Twitter user @Kigogo2014 to be left alone. But the president’s communications team dismissed it as fake.