A screenshot has been shared on Facebook with the claim that Tanzania’s finance minister has slapped an 18% value-added tax on the salaries of civil servants.

The screenshot, which appears to be of a message shared on WhatsApp, shows minister Mwigulu Nchemba speaking into a microphone.

Value Added Tax, or VAT, is a consumption tax charged on the value of products or services. The tax is not charged on employees' basic salaries.

VAT in Tanzania is levied on all taxable products and services that are supplied in or imported into the country. The VAT rate is 18% in mainland Tanzania and 15% on the island of Zanzibar.

So did the finance minister announce civil servants would have 18% VAT subtracted from their salaries? We checked. 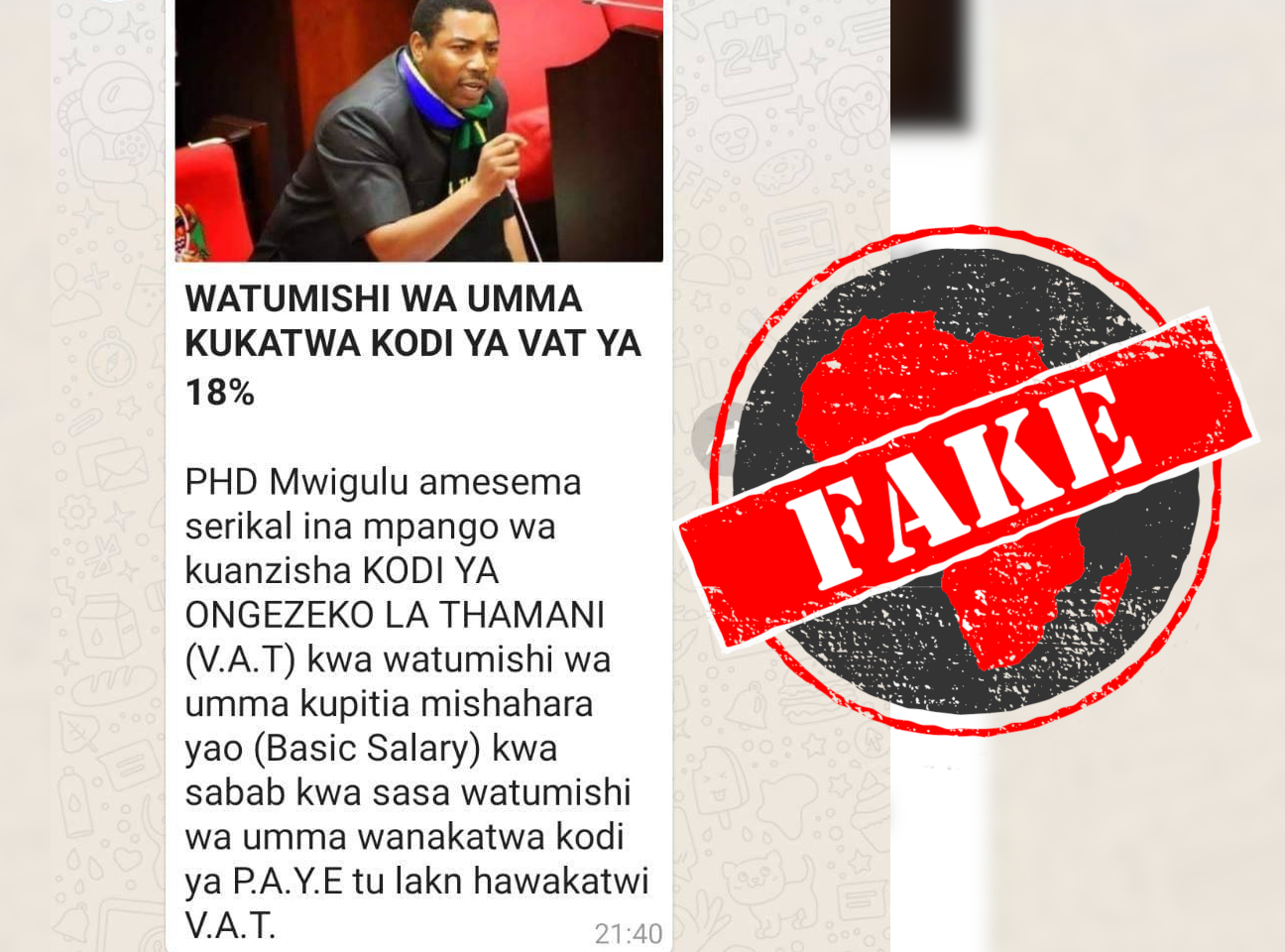 Nchemba took to his Twitter account to dismiss the rumours. He shared the widely circulated screenshot with “FAKE” stamped across it in red.

Translated from Kiswahili, the tweet reads: “I have seen that post being circulated. It is fabricated. Ignore the content. It is the work of rogue people with ill intentions. As a ministry, we have future plans of increasing salaries and other benefits to public servants, as promised by the president on Labour Day.”