No, think tank’s webinar on ‘amnesty for economic crimes’ in Kenya not cancelled

On 10 May 2021 Kenya’s Institute of Economic Affairs (IEA), a public policy think tank, invited its Facebook and Twitter followers to a webinar on amnesty for corruption. But a day later, a Facebook user claimed the event had been cancelled.

“Does Kenya need an Amnesty Policy for Economic Crimes?” the webinar invitation reads. It gives the date as 18 May and the speaker as Dr David Ndii, an economist and public intellectual in Kenya.

But on 11 May the invitation was reposted on a public Facebook group with more than 36,000 members – stamped “CANCELLED”.

The user posting it said: “David Ndii the Baptist show has been cancelled. He wants the corrupt to walk free and go enjoy their loot. I strongly disagree.”

Ndii’s call for amnesty for past corruption has been dismissed as “impractical” and a ruse by the corrupt to “keep the loot”.

But was the IEA’s webinar on the issue cancelled? We checked. 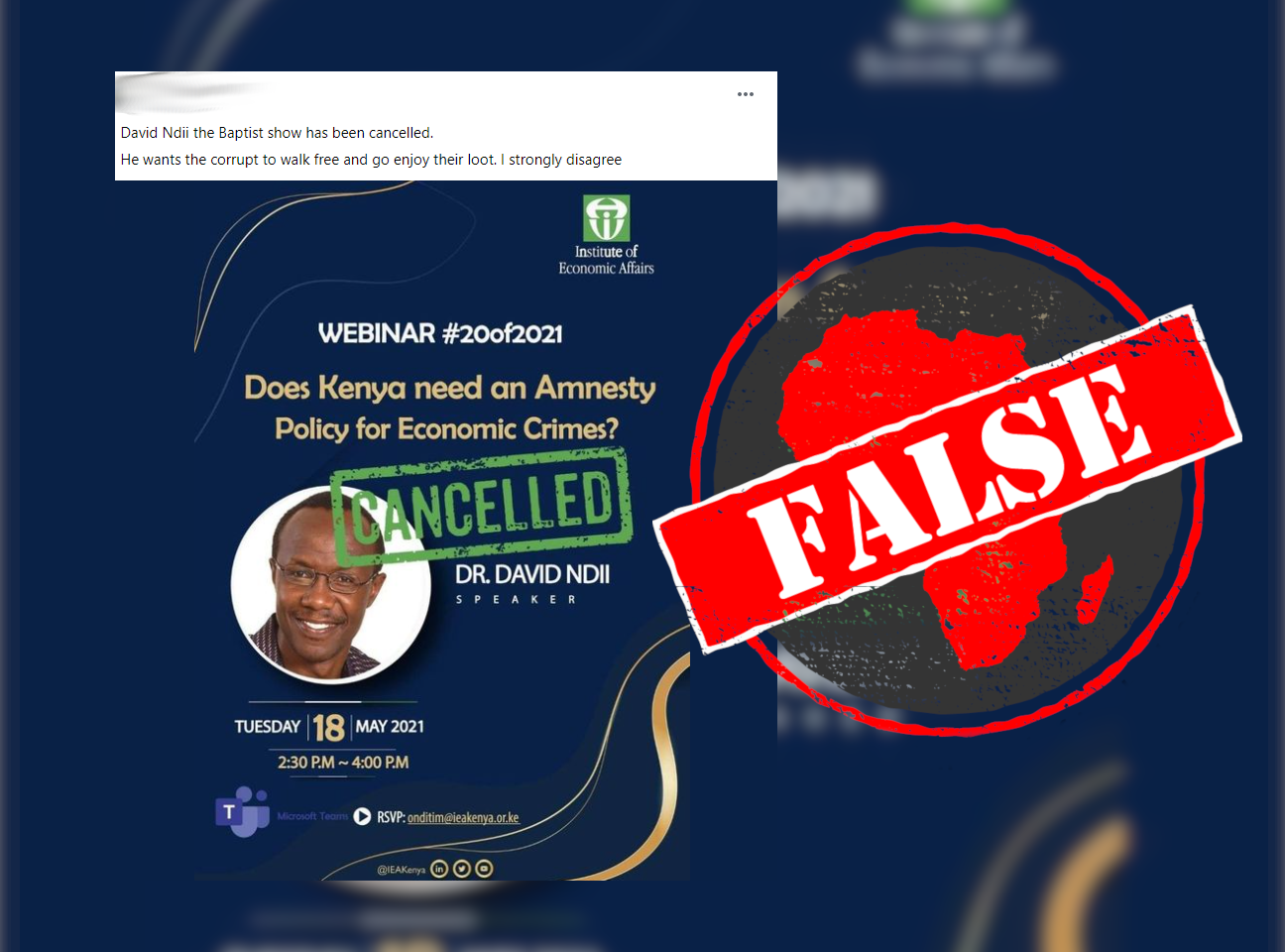 On 18 May, the IEA posted: “HAPPENING TODAY: What questions do you have about the amnesty policy for Kenya's economic crimes? Our speaker ~ the delectable & influential Dr David Ndii will be on hand to answer your questions starting at 2:30 pm during the session.”

The day after, the institute posted a video of the full webinar on its YouTube channel, and a link to the video on Facebook.

The webinar was not cancelled.