The messages, published in July 2022, claim Hanks said: “If Peter Obi was an American or even African American, Americans would have given him a one-way presidential ticket without him contesting, America and the world at large have not gotten the chance Nigerians have right now to correct their mistakes.”

They add: “Americans saw Peter's speech on one of their local television programs, after his speech, there was a standing Ovation for him all over America.”

But has Hanks, who has been vocal about US elections over the years, but never Nigeria’s election, tipped Obi for president? 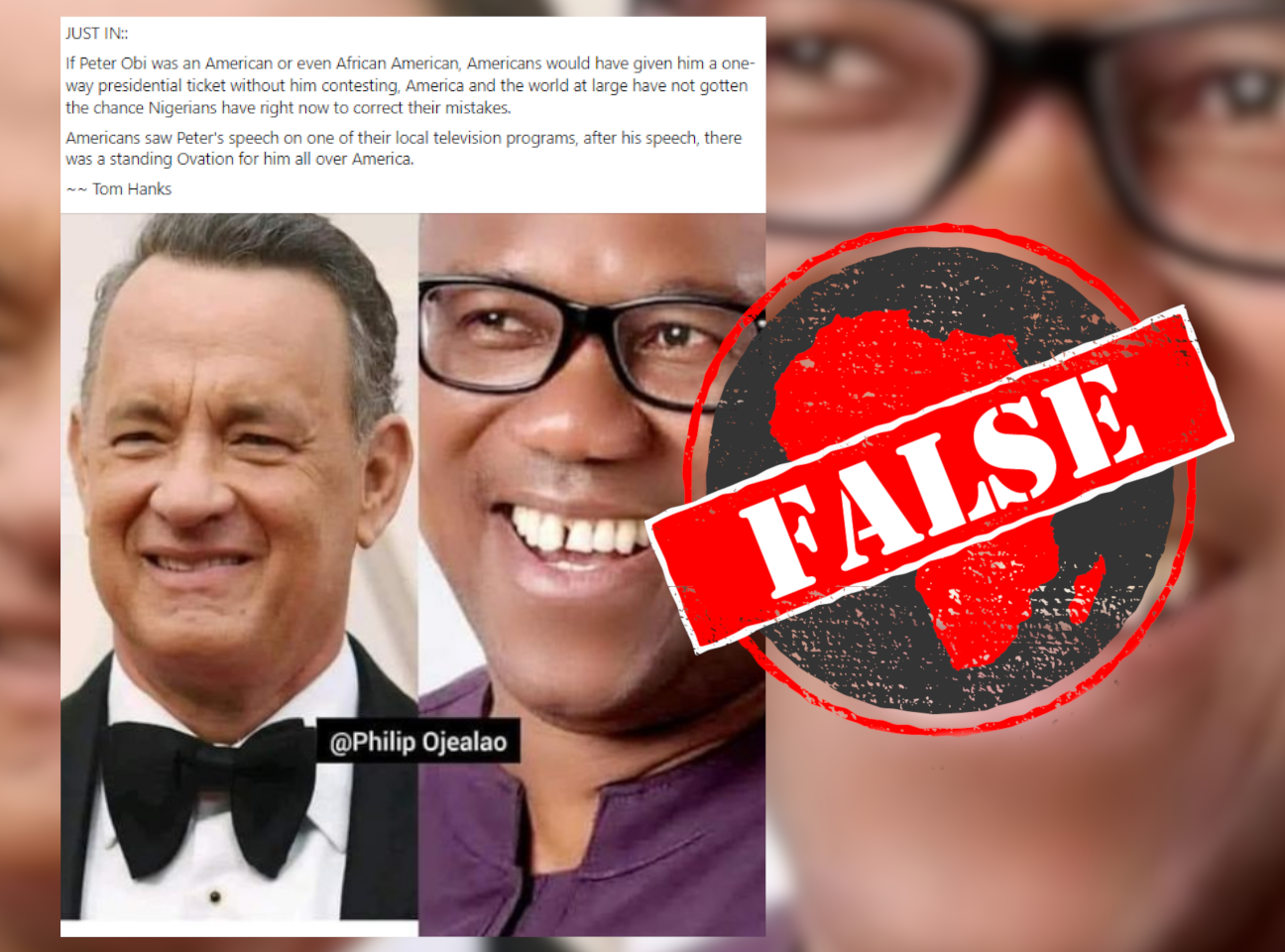 There are no details in the Facebook post of when Hanks made such a statement. The lack of such detail is often a red flag that something on social media is fabricated.

There have also been no reports in the US or Nigerian mainstream media of Hanks saying any such thing, which would be expected if it were true.

There is no evidence for the claim.