IN SHORT: A number of posts on social media in Kenya claim top cop Munga Nyale has replaced George Kinoti as director of criminal investigations. Kinoti resigned following William Ruto becoming president, but he has been replaced by Amin Mohamed Ibrahim, not Nyale.

A Facebook post claims that Gideon Munga Nyale has been appointed the new head of Kenya’s directorate of criminal investigations (DCI), the arm of the police that detects and prevents crime.

Nyale is the principal assistant to the inspector general of police and a former head of the anti-terrorism police unit.

On 9 October 2022 the National Police Service Commission (NPSC) announced a shortlist for the coveted director position. Interviews of the 10 candidates, including Nyale, started on 11 October.

DCI has raised its national profile in recent years and its leadership is closely watched because of its role in investigating serious crimes, such as corruption.

But Kinoti had been thought to be living on borrowed time after Ruto became president, who has been critical of his time at the helm. Kinoti resigned in September 2022.

But was Nyale announced as the new DCI? 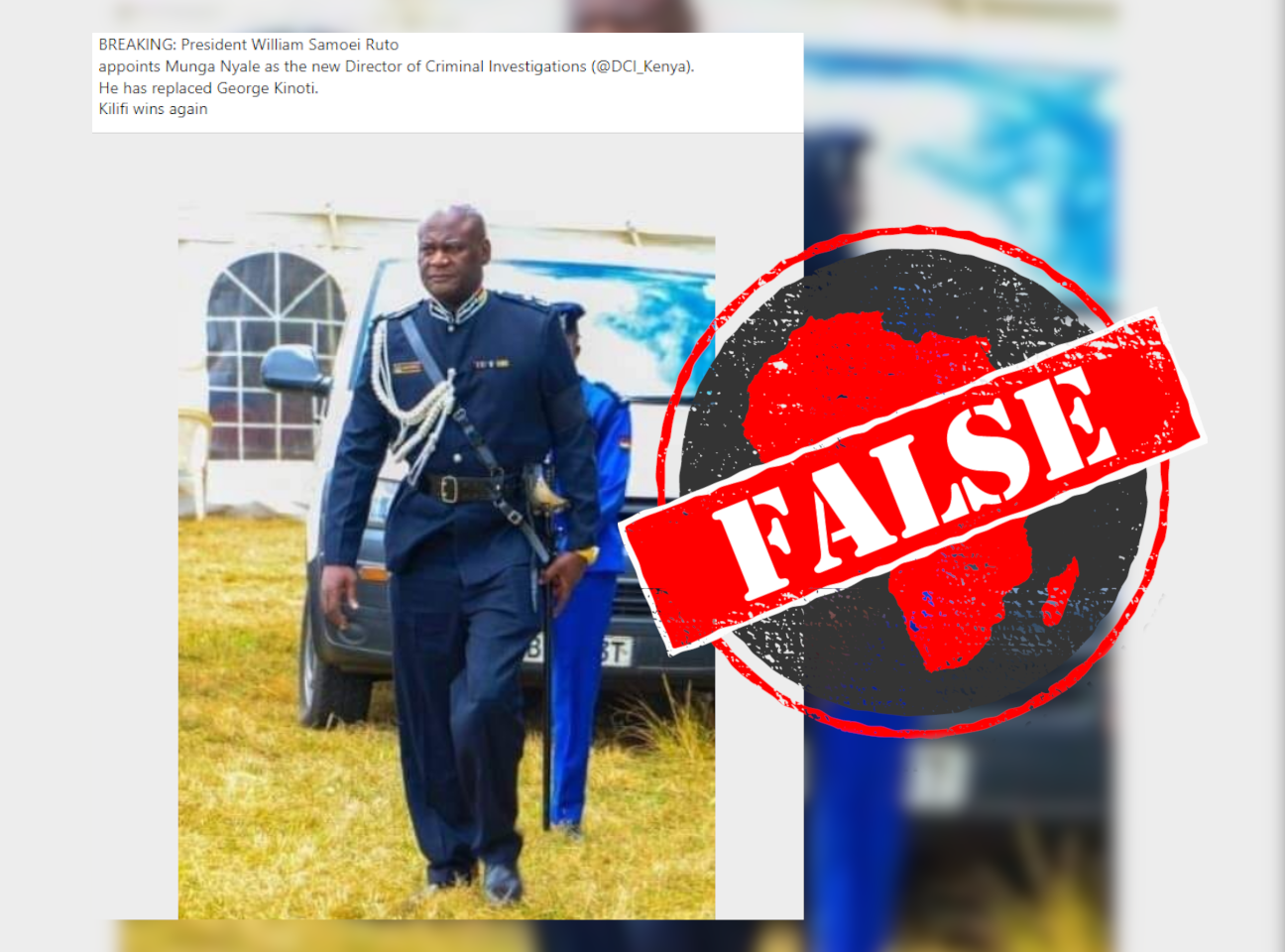 The national police service instead congratulated another candidate, Amin Mohamed Ibrahim, as the new director of the DCI, on 15 October.

Ibrahim has since been sworn in, as reported by Kenyan media. Nyale has not replaced Kinoti.