Soon after, graphics quoting Joel Ngugi, one of the rejected judges, slamming Kenyatta as “a dictator” started circulating widely on Facebook. The president had turned down Ngugi’s nomination to the appeal court.

The quote reads: “Mr. Kenyatta’s decision to amend the list by JSC, isolating competent jurists is not only unconstitutional and misinformed, but also portrays him as a dictator.”

Two versions of the graphic are doing the rounds. One carries the branding of Nation, a major Kenyan news website. The other uses the logo of Kenyans.co.ke, another news website. Both show a photo of Ngugi, and clearly attribute the quote to him.

But did Ngugi make this public comment about the president? And did Nation and Kenyans.co.ke quote him as saying it? 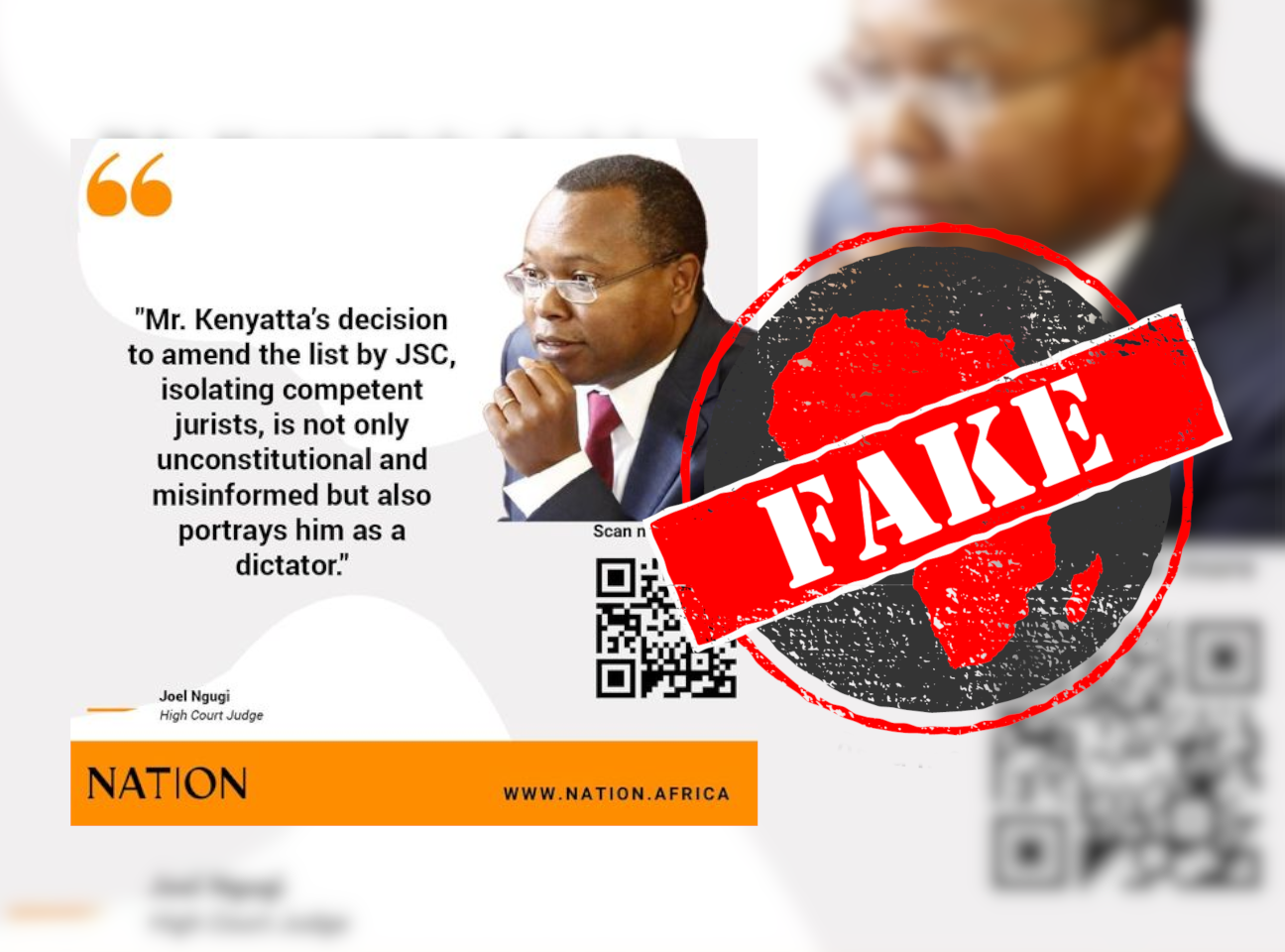 On 4 June, the day the graphics started circulating online, the Kenyan judiciary posted one version on its verified Twitter account – stamped “fake”.

The attached message circulating on social media and purporting to quote Judge (Prof) Joel Ngugi commenting on the judges' appointments is FAKE NEWS! Please treat it as such. pic.twitter.com/SKMMAP146R

“The attached message circulating on social media and purporting to quote Judge (Prof) Joel Ngugi commenting on the judges’ appointments is FAKE NEWS!” the tweet reads. “Please treat it as such.”

We searched for the graphic on Nation’s social media platforms, and could not find it.