A photo of Francis Atwoli, the secretary general of Kenya’s Central Organization of Trade Unions, standing with a travelling bag at an airport is circulating on Facebook in August 2022.

It’s being posted with the claim that it shows him fleeing the country.

“COTU SG Francis Atwoli already in Malaysia,” one Facebook user captioned the photo. Other users said he was escaping to Germany.

Atwoli is a close ally of Raila Odinga, head of the Azimio la Umoja One Kenya coalition and Ruto’s main rival for the presidency. The trade union boss publicly confronted and mocked Ruto during Odinga’s campaign.

But does it really show Atwoli leaving Kenya in August 2022? We checked. 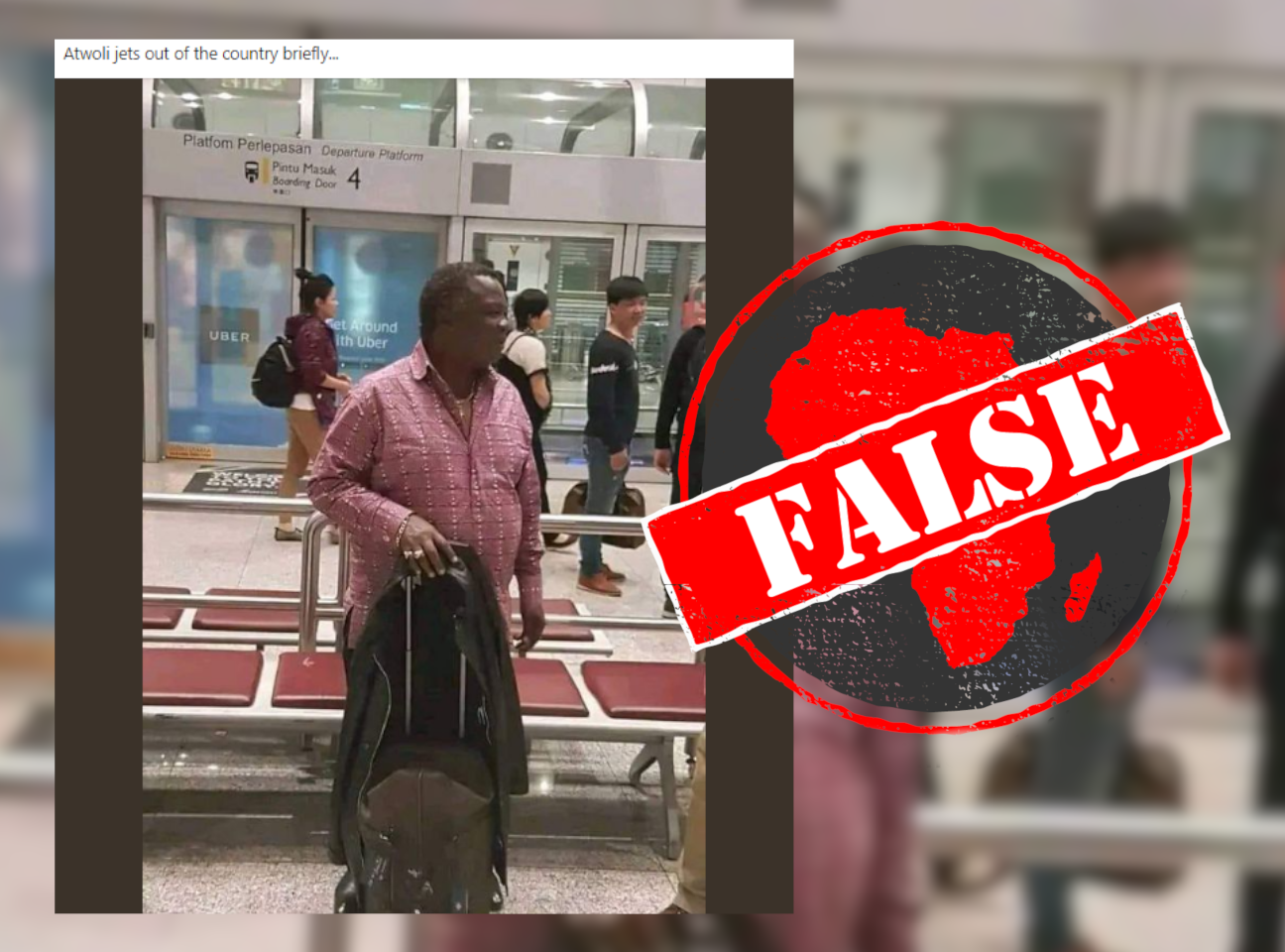 On 12 August, the day the photo first appeared on Facebook, Atwoli posted it on Twitter, stamped as “FAKE”.

“Somebody using my old photo while arriving in Kuala Lumpur, Malaysia, five years ago,” he tweeted.

On 14 August, two days later, local media showed him attending a church service with Odinga in Nairobi. And on 17 August, he led the trade union in mourning one of its members.

Atwoli has not left Kenya.