A screenshot of what seems to be a tweet by US president Donald Trump, criticising Kenyan deputy president William Ruto’s “hustler” narrative, has been posted on Facebook.

“It's crazy for AFRICANS to think that any politician is the future of their country,” it reads. “There is a KENYAN politician calling himself a HUSTLER but uses a CHOPPER to travel around the country to donate WHEELBARROWS.”

One user posted it with the comment, in Kiswahili: “Hapa nakubaliana na DT mia kwa mia.” This loosely translates as: “On this, I agree with DT 100%.”

Ruto often describes himself as a “hustler” in a bid to appeal to lower-income voters in his campaign for the presidency in Kenya’s 2022 elections. 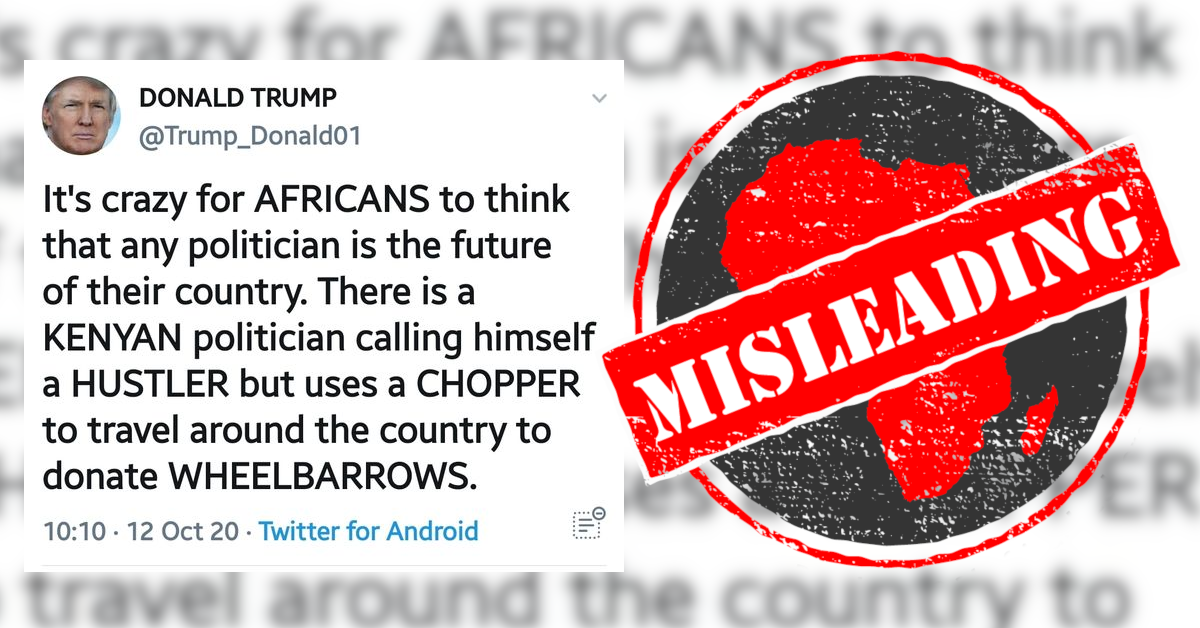 The tweet is from the account DONALD TRUMP, with the handle @Trump_Donald01. It was created in July 2020, has only 2,000 or so followers, and describes itself as a “Trump fan account”.

The US president’s verified Twitter account is Donald J. Trump, with the handle @realDonaldTrump. It was created in March 2009, has more than 87 million followers and is described as “45th President of the United States of America”.

The fan account uses the same profile photo as Trump’s verified account, which may mislead people into thinking it’s the real thing. And the screenshot has been posted without any indication that it’s a tweet by a Trump fan, and not by Trump himself. – Dancan Bwire