“Sorry I faked my death, sorry if I made you cry, but honestly I did this for a reason … I will be back officially in 2022… Anticipate on my coming album in 2022, thanks to you’all”.

That’s the text on what seems to be a screenshot of a tweet by US rapper XXXTentacion, dated “03-02-2021” and posted on Facebook in South Africa in May 2021.

XXXTentacion – birth name Jahseh Onfroy – was shot dead in the US state of Florida in June 2018. He was just 20 years old.

Rumours that he hadn’t actually died started to spread soon after, according to an article on Britain’s New Musical Express. It’s headlined: “Is XXXTentacion still alive? All the conspiracy theories surrounding the rapper’s death”.

Gossip site TMZ has even posted a redacted copy of the rapper’s death certificate.

But did XXXTentacion really tweet, more than two years after he was reportedly killed, that he had “faked my death”? 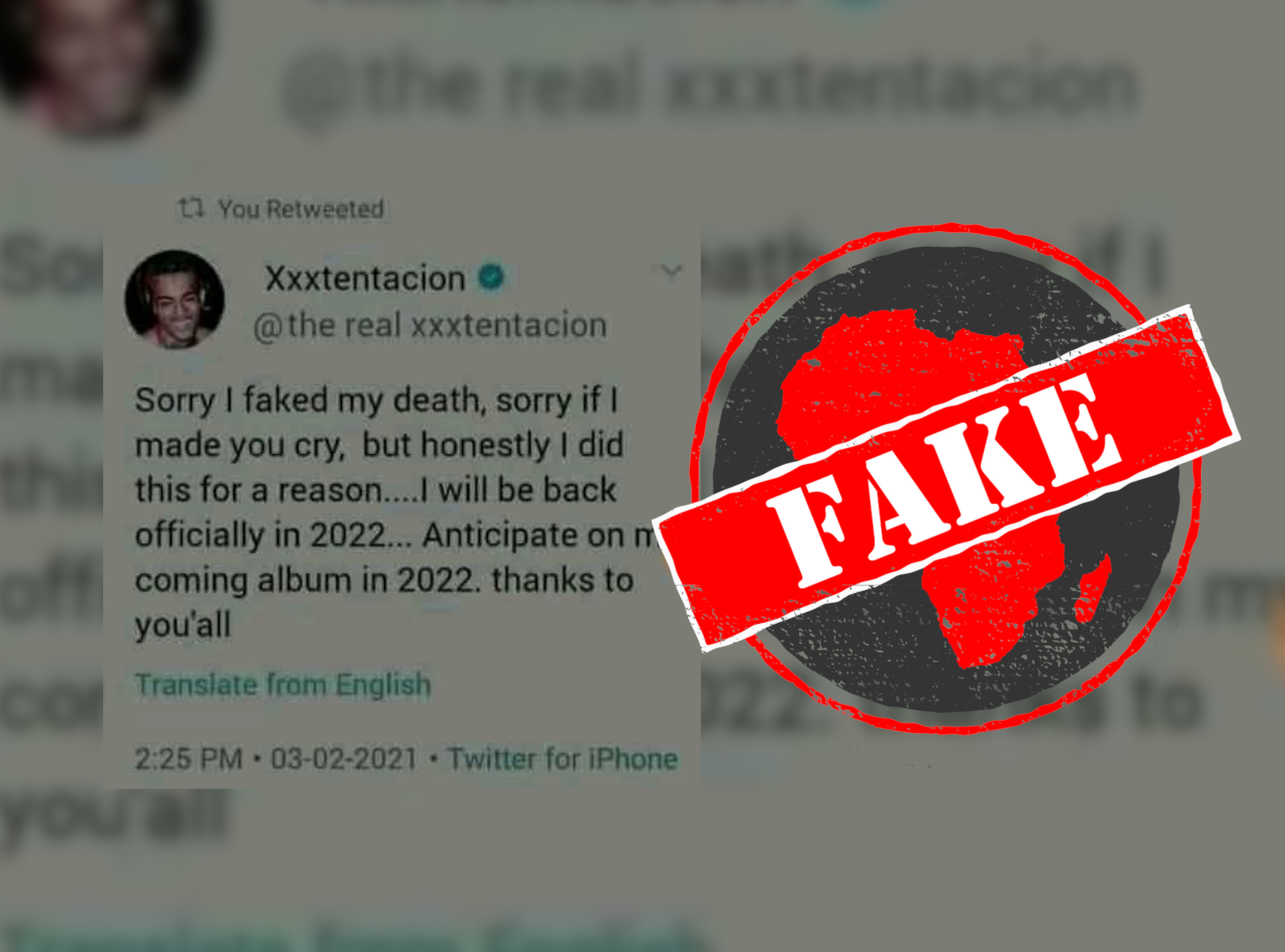 The tweet urges his fans to continue streaming and sharing his final album, Bad Vibes Forever.

One sign that the screenshot is of a fake tweet is that the rapper’s handle is given as @the real xxxtentacion. Aside from the fact that this handle has spaces – which Twitter doesn’t allow – it’s also not the same as the rapper’s verified handle, @xxxtentacion.

And an advanced Twitter search found no evidence that the rapper ever tweeted this.

South African social media users were quick to voice their suspicions when a tweet claimed 60% of their countrymates were debt-free.