A screenshot of a tweet posted on Facebook claims Uganda’s prime minister Robinah Nabbanja has said a Covid pandemic cash relief plan is not going ahead.

The tweet, which appears to have been published on 2 July 2021, reads: “In light of the statistical updates from the [Ministry of Health] which shows a significant reduction of the covid cases, we are revising our decision of giving out cash relief to the vulnerable as earlier intended. The [Office of the Prime Minister] finds it vital to abandon the entire plan into crucial projects.”

The screenshot is posted with a critical caption, which ends: “Anyone with a sane mind who still supports NRM and President Museveni you need to go for a head checkup.”

On 19 June, Ugandan president Yoweri Museveni re-imposed a 42-day lockdown to try to control the spread of Covid-19. He also offered cash relief to people whose income would be impacted by the lockdown.

The ministry of labour and social development published a list of the beneficiaries on 29 June.

But did the government change its mind while the country was still locked down, and was this communicated in a tweet from the prime minister? We checked. 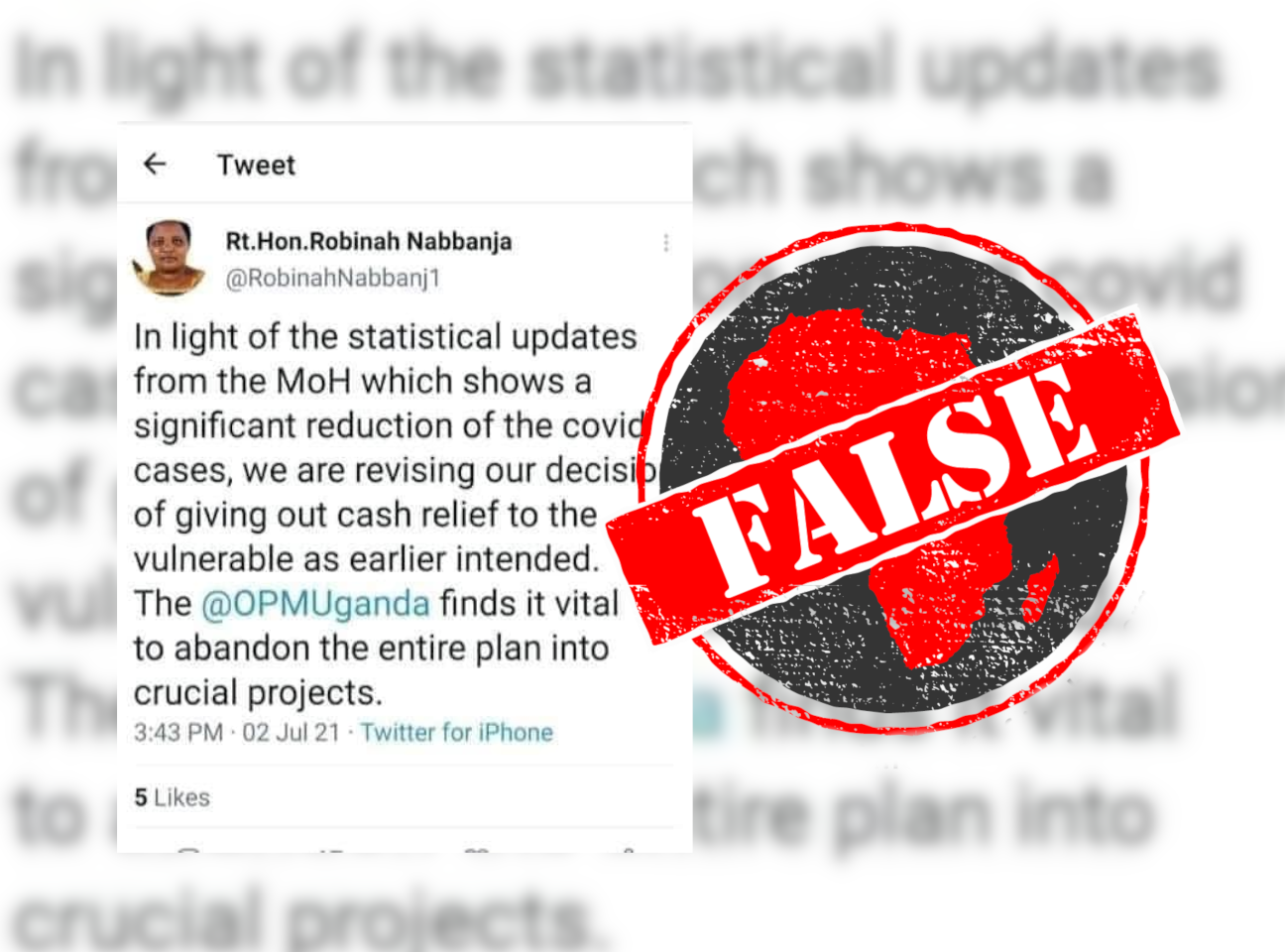 The prime minister’s office turned to Twitter on 2 July to warn the public that the tweet circulating on social media was fake. The office shared the widely screenshot, but stamped it “FAKE. IGNORE. LIES”.