No, Ugandan military logistics chief Bakahumura not under arrest

“BREAKING EXCLUSIVE: UPDF Chief of Logistics Brig Bakahumura ‘Arrested’,” reads the headline on a screenshot of a news article posted on Facebook in Uganda in March 2022.

The UPDF is the Uganda People’s Defence Forces.  Brigadier general Charles Bakahumura has been the forces’ logistics and engineering chief since January 2017.

Africa Check could not find the specific article in the screenshot, but the claim that Bakahumura has been arrested appears in another news report.

“‘It is true the Chief of Logistics is detained,’ said a trusted source who preferred anonymity as this is a very sensitive matter,” the article reads.

But it adds: “When contacted on phone, the UPDF and Ministry of Defense and Veterans Affairs Spokesman, Brig. Felix Kulaigye said he was not aware of the development.”

But is Bakahumura really under arrest? We checked. 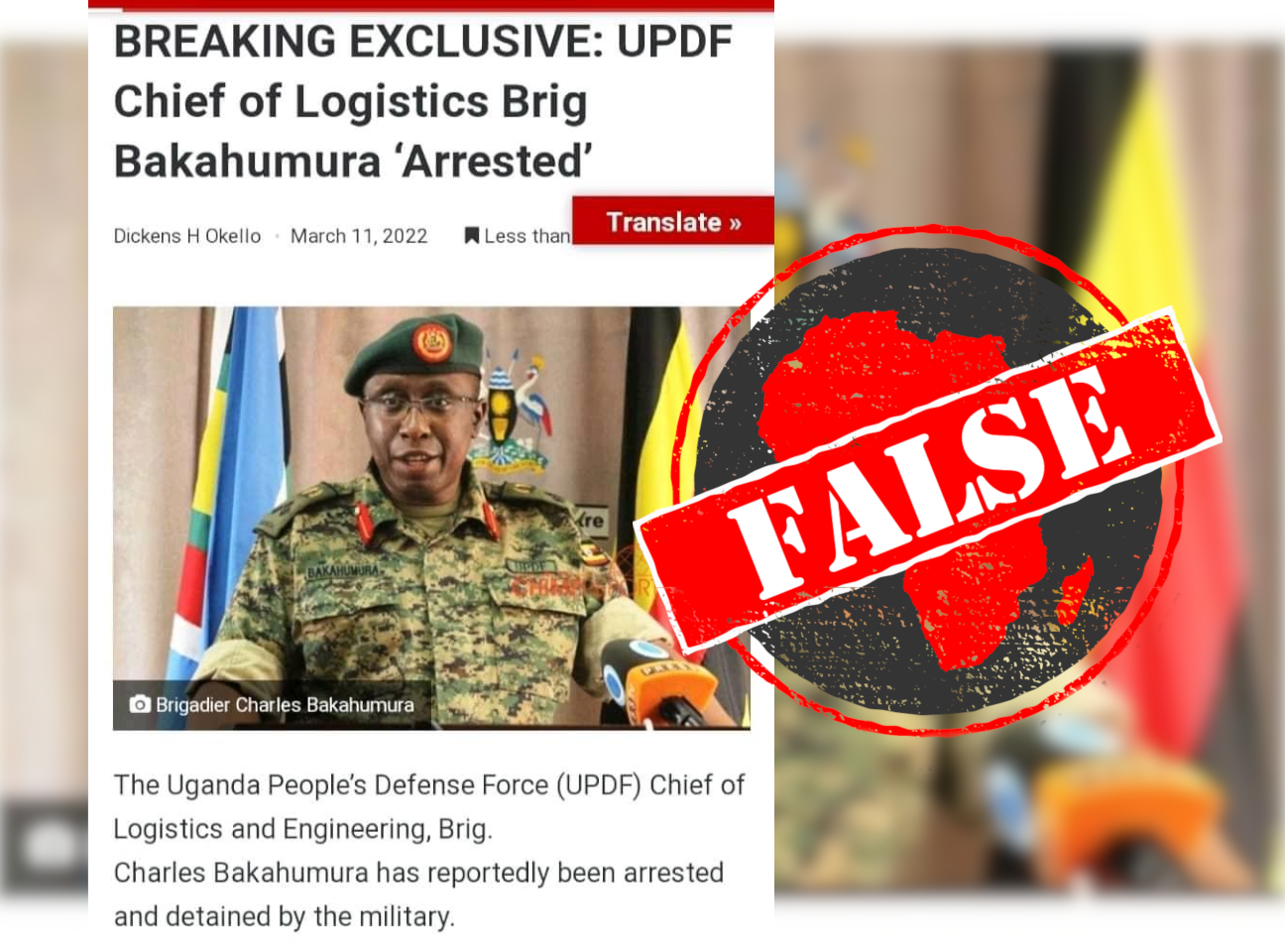 No credible news outlets have reported the arrest of the brigadier general.

On 11 March the Twitter accounts of both the UPDF and the defence spokesperson posted a screenshot of the claim, dismissing it as false.

This is to put it categorically, that the CLE Brig Bakahumura is not under arrest. So it’s FAKE NEWS pic.twitter.com/PatUFeakwc

“This is to put it categorically, that the CLE Brig Bakahumura is not under arrest. So, it’s FAKE NEWS,” the identically worded tweets read.