Former presidential aspirant Robert Kyagulanyi is popularly known as Bobi Wine. He ran against and lost to president Yuweri Museveni in the January 2021 elections.

Wine withdrew a supreme court case challenging the election results on 22 February, reportedly claiming that the “courts are not independent”.

The Facebook post goes on: “Tuhaise was singled out by NUP fans for spearheading the relay of falsified content from an anonymous tally centre on the polling date. She says she is tired of being a toy of mockery and that she has already involved her legal team to press a suit against Bobi Wine if he does not ‘tame’ his supporters.”

Data from CrowdTangle, Facebook’s public insights tool, shows this information has been shared in 64 posts, prompting over 11,000 interactions. But how true is it? We checked. 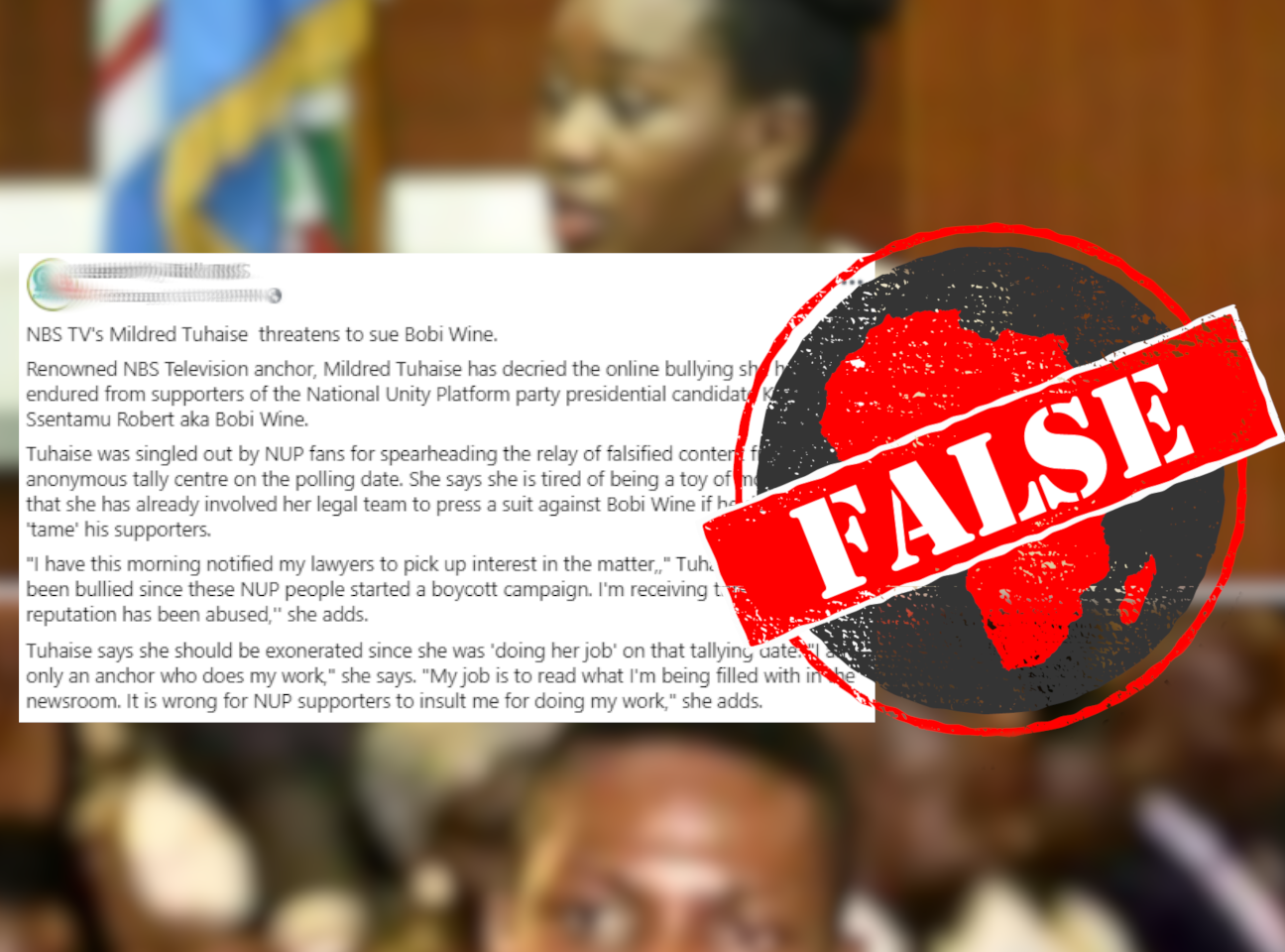 Tuhaise took to Twitter herself to debunk the rumours. She shared a screenshot of one of the posts saying she was threatening to sue Wine, stamped “FAKE” in red.

There is no evidence the news anchor plans to sue the pop star politician.