No, Ugandan opposition leader Bobi Wine didn’t tweet he would be working with ruling NRM government

“Kenyan politics have inspired me more. The Ruto, Raila & Uhuru have been working together though with different political Ideologies,” reads a screenshot of what seems to be a tweet by Ugandan opposition politician Bobi Wine, posted on Facebook in September 2021.

It goes on: “I therefore look forward to work with the NRM government if only they can consider the rights of the marginalized citizens.”

The NRM is the National Resistance Movement, Uganda’s ruling party. It is led by president Yoweri Museveni, who held on to power when Wine ran against him in the disputed January presidential election. Wine was put under house arrest immediately after the polls.

Uhuru Kenyatta is the president of Kenya, William Ruto the deputy president and Raila Odinga a former prime minister and leading opposition politician who is working closely with the president.

The screenshot has been widely shared on Facebook timelines and public groups.

But has Wine really pledged to work with Museveni’s party? 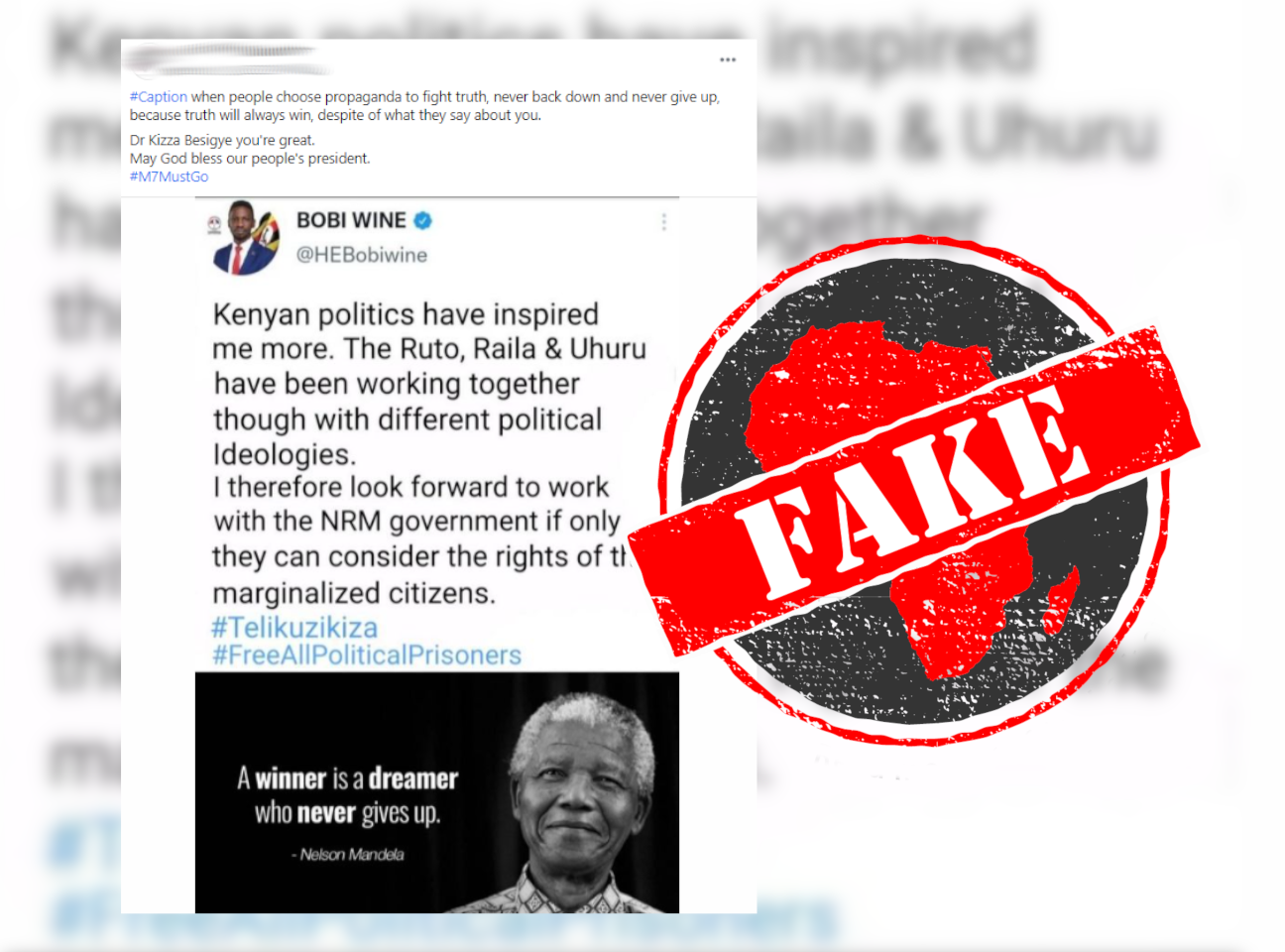 We searched Twitter for the exact words in the tweet and came out empty. On Google, there is no indication that the tweet has been deleted. And there have been no media reports that Wine said he would be working with the ruling party.

A regime that has nothing useful to offer to citizens will find itself resorting to blackmail, intrigue and propaganda. Please ignore and treat with contempt. pic.twitter.com/J31QbVGUbJ

“A regime that has nothing useful to offer to citizens will find itself resorting to blackmail, intrigue and propaganda,” he tweeted. “Please ignore and treat with contempt.”