IN SHORT: Did Ugandan politician Byaruhanga Didas Kaginda go from running for parliament to running from the police? No, a “wanted” poster of him is fake.

A graphic posted on Facebook on 19 November 2022 claims that a parliamentary candidate in Uganda’s 2021 elections is now wanted for human trafficking.

Poorly written text below reads: “The image above is for BYARUHANGA DIDAS KAGINDA (MUNYAYA) a male suspect wanted by Uganda police in connection with cases human trafficking. Police is appealing to anyone who has informatin leading to the arrest of the suspect to contact police on numbers 0717777070 (KMP), 0715986956 (RCID), 0800122291 (CPS).”

Kaginda vied for the Ruhinda South constituency seat during the 2021 elections. An independent candidate, he attracted 389 votes. The winner was Mugabe Dononzio Kahonda of the ruling National Resistance Movement, with 16,551 votes.

Ugandan authorities have recently warned that human trafficking was on the rise.

The US state department’s 2022 Trafficking in Persons Report: Uganda records that the Ugandan government had said it investigated 421 incidents of human trafficking involving 501 suspects. This is nearly double the 214 incidents reported in 2020.

Of the 403 cases, at least 256 involved sex trafficking. Another 103 involved forced labour, while 44 involved some other form of exploitation. Of the total, 357 occurred in Uganda and 46 abroad.

A wanted poster is distributed to let the public know of a person the police want to arrest.

But is this poster legitimate? Was a candidate for parliament, which makes law, fingered for serious crime? 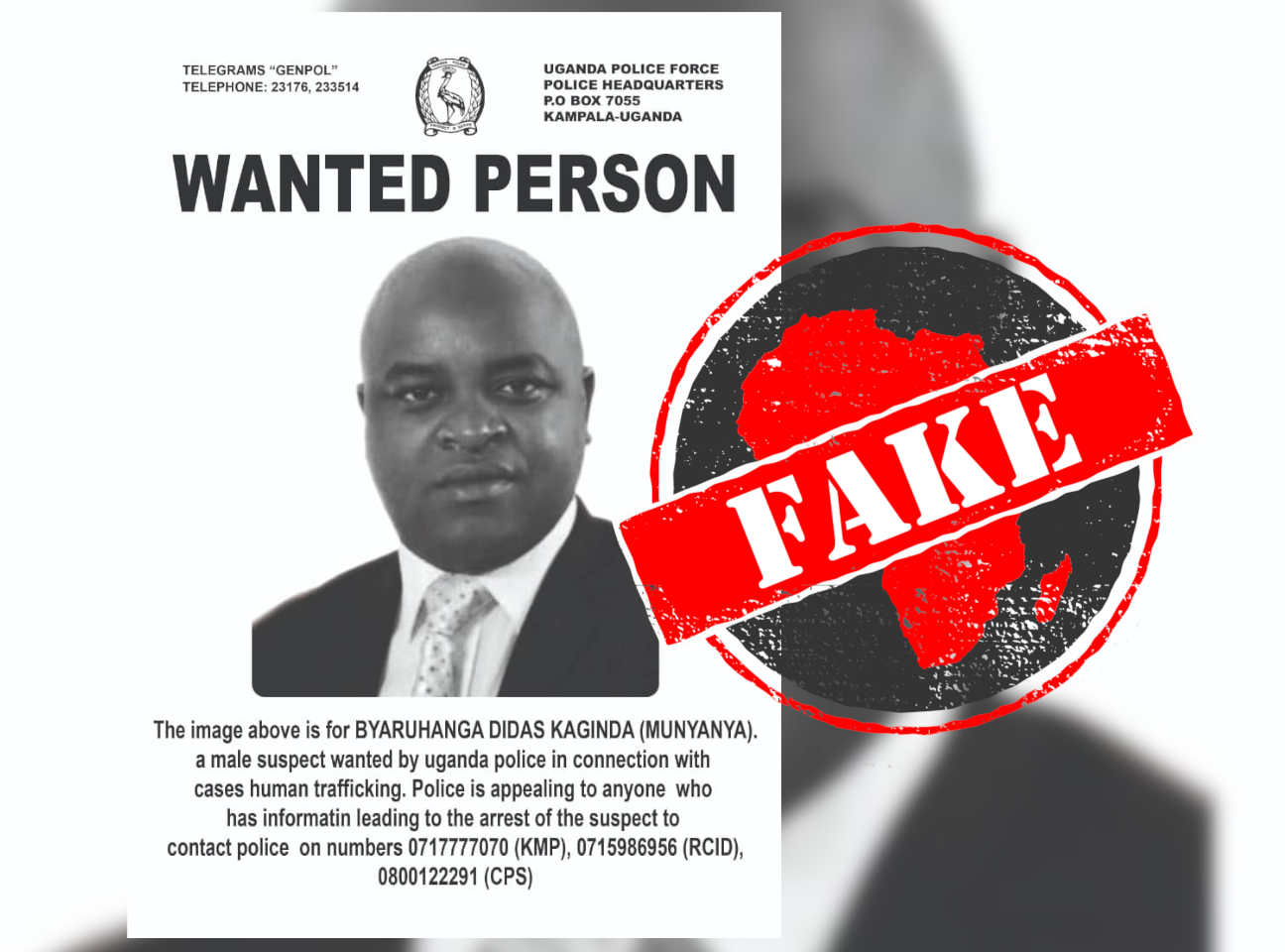 The Uganda Police Force took to its official Twitter and Facebook accounts to dismiss the poster as fake.

“We would like to request the public to disregard a FAKE wanted poster, that was maliciously posted on several digital platforms, to purposely tarnish the image of one Byaruhanga Didas Kaginda. The perpetrators claim he is wanted by police at KMP, for alleged human trafficking,” the police force wrote.

“The wanted poster is FAKE and has no source or authority. All wanted persons are authorized by the office of the Inspector General of Police. The matter is now being investigated at KMP, to establish the perpetrators behind the FAKE wanted poster."