IN SHORT: Social media may have declared him dead but Salim Saleh, the brother of Uganda’s long-serving leader Yoweri Museveni, is very much alive and has been seen at his daughter’s wedding.

A screenshot of what seems to be a tweet by Ugandan president Yoweri Museveni announcing the death of his brother, general Salim Saleh, has been making the rounds on Facebook.

It reads:“Countrymen and Countrywomen, family, friends and the entire NRM-NRA-UPDF fraternity. With deep sorrow, I announce the death of my brother General Salim Saleh Akandwanaho which occurred at 10:29pm this evening in Nairobi, from organ failure.”

The NRM, or National Resistance Movement, has ruled Uganda since 1986.

But did Museveni really tweet that his brother had died? 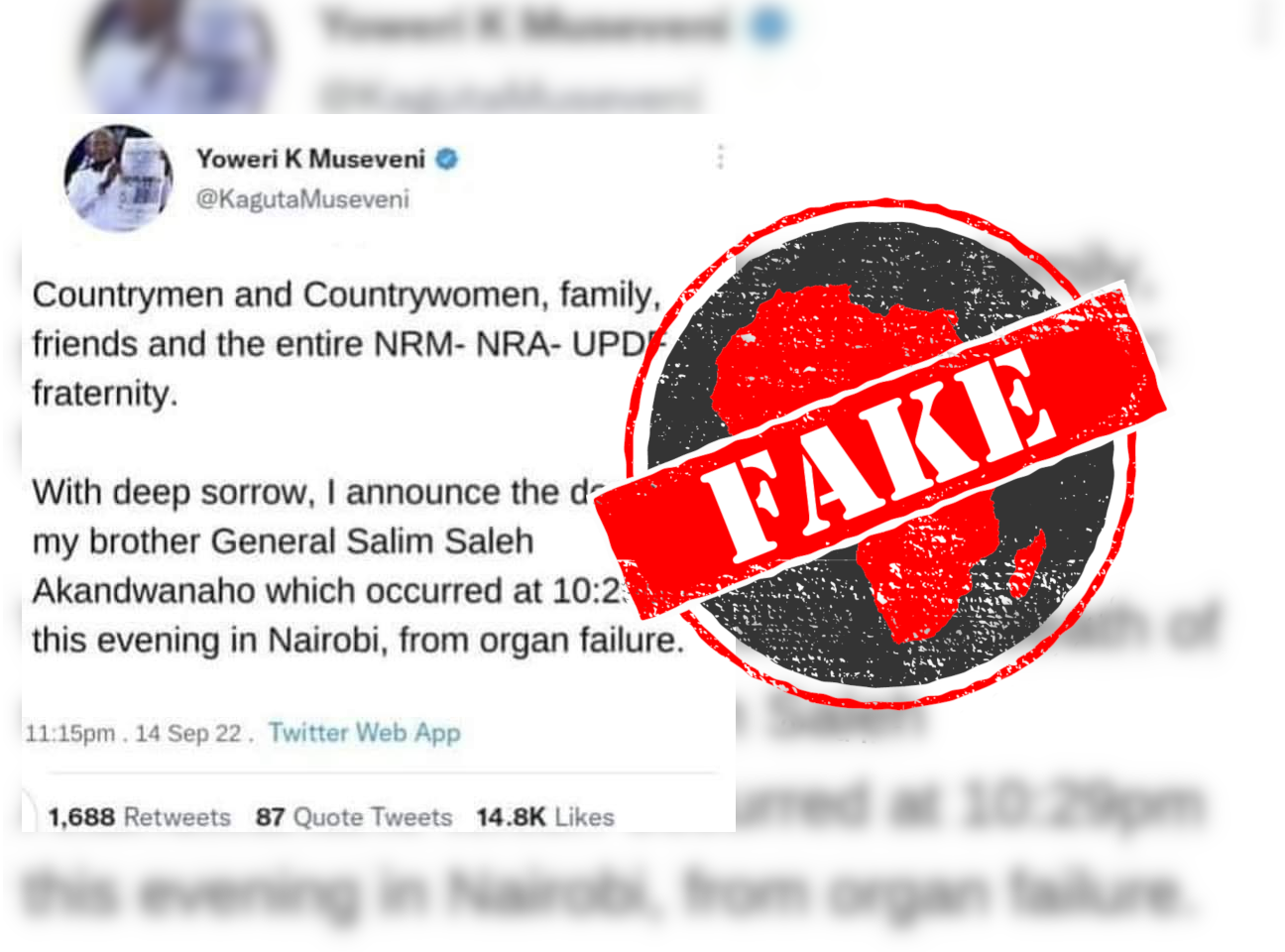 Also, the screenshot tweet shows the timestamp as “11:15pm”. When you view a tweet on your own Twitter feed or someone’s timeline, the time appears as 11:15 PM.

The full stop after the timestamp and date of the supposed Museveni tweet is also inconsistent with what we see in a legit tweet.

Days after 14 September, the date on the tweet, Saleh made a public appearance at his daughter’s wedding.