No, Uganda’s military intelligence head not appointed ambassador to Burundi – and no assassination plot

A photo of Uganda’s Maj Gen Abel Kandiho with Burundian president Evariste Ndayishimiye was posted on Facebook on 15 August 2021 with the claim that the major-general had been appointed as Uganda’s ambassador to Burundi, and had been accused of plotting to kill the president.

This roughly translates as: “Abadde heads the National Army (CMI) Maj Gen Abel Kandiho is being nominated by President Yoweri Museveni as Uganda's ambassador to Burundi. He is accused of plotting to assassinate its leader Gen Evariste Ndayishimiye. #CBSFmUpdates.”

CBS FM is a radio station in Uganda. The photo was posted on a Uganda-based public group page with more than 125,000 members. Its claim has also appeared in what seems to be a screenshot of a Facebook post by CBS FM, with a second photo of the two men.

Kandiho is Uganda’s chief of military intelligence, or CMI. On 14 August he went to Burundi to meet Ndayishimiye for talks to strengthen relations between the two countries.

But has he been appointed as Uganda’s ambassador to Burundi? And did CBS FM report the news, adding that he had been accused of plotting to kill Burundi’s president? We checked. 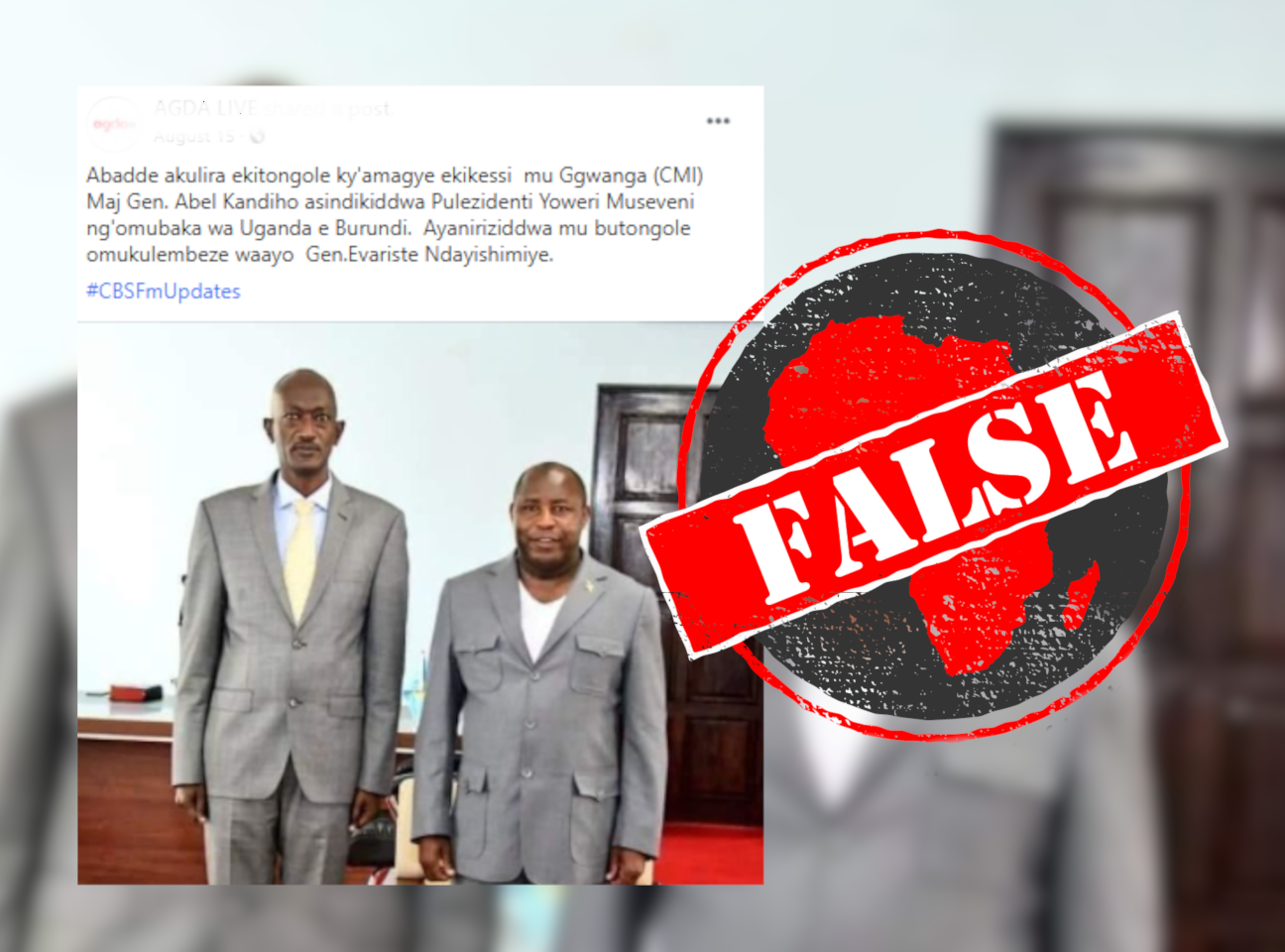 On 17 August CBS FM posted the screenshot on Facebook, with “Fake post Alert” written across it. “Please regard this post with the contempt it deserves,” the radio station wrote.

The screenshot was also posted on the official Ugandan Peoples’ Defence Forces Spokesperson Facebook page. “Ignore the post below about Maj Gen Abel Kandiho being appointed Ambassador to Burundi,” the post reads. “In the photo he had made an official visit to Bujumbura in his capacity as CMI. We have also confirmed from CBS that it is a FAKE post, they have disowned it.”

The Ugandan ambassador to Burundi is retired Maj Gen Matayo Kyaligonza, who has held the position since 2017. There have been no credible reports that Kandiho has been appointed to replace him, or that the military intelligence head has been accused of plotting to kill Burundi’s president.