“Police to arrest all citizens who have television but don’t want to watch NBS TV!” it reads.

“There is information reaching our desk that a lot of propaganda is circulating on social media to boycott the renowned Natasha Broadcasting Services (NBS). According to the Law, citizens shall be arrested and charged for provoking the countries progress. Thank you!”

NBS TV is a broadcaster in Uganda.

This screenshot was posted on 1 February 2021, just days after Ugandan opposition leader Robert Kyagulanyi, known as Bobi Wine, wrote a letter to the broadcaster accusing it of  “conspiring with the regime to defeat the will of the people of Uganda”.

Did the police then warn that people who didn’t watch NBS TV would be arrested? We checked. 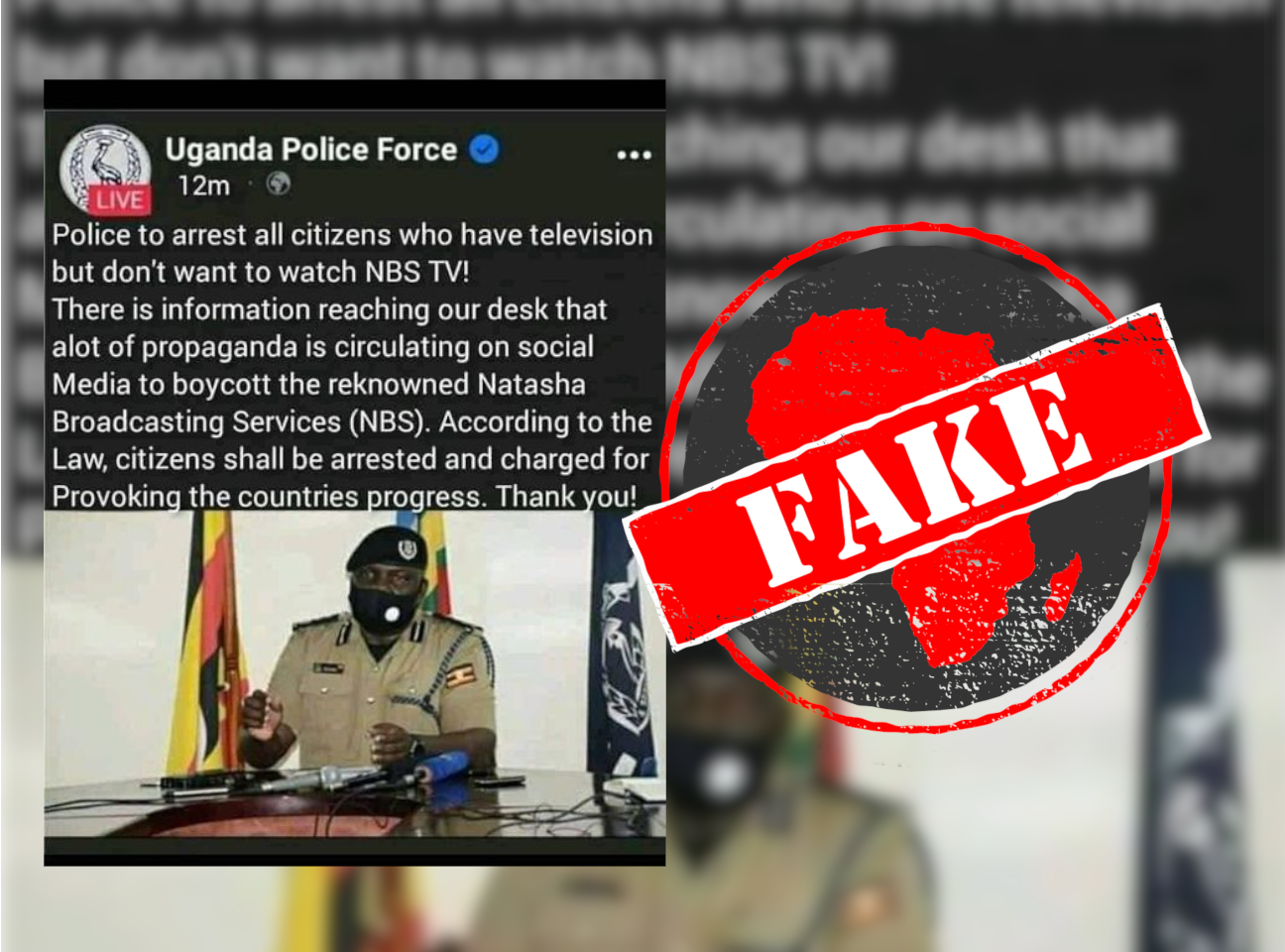 It also attached the screenshot, stamped “FAKE NEWS,” in red.