No, Uganda’s state house didn’t threaten to knock down road users in the way of presidential motorcade – tweet fake

IN SHORT: Uganda’s VIPs, like many political bigwigs in Africa, generally have right of way. But the country’s presidency didn’t warn road users it would mow them down if they didn’t pull over – a screenshot of a tweet claiming this is bogus.

Has Uganda’s presidency warned road users that it would run them down if they didn’t get out of the way of the president’s convoy?

That’s the claim in what seems to be a screenshot of a tweet by Uganda’s state house, doing the rounds on Facebook in September 2022.

“We are going to compensate the deceased accident victims. But again we wish to warn all road users to learn to respect the presidential motorcade. We shall knock you and leave you on the road if you think you are more important than the life of the president,” it reads.

On 12 September, a motorcycle rider and his two pillion passengers were injured in a collision with president Yoweri Museveni’s motorcade. The police said the president was not in the convoy.

According to Uganda’s road safety law, the right of way is reserved for emergency vehicles. These include police vehicles, ambulances, armed forces vehicles and “such other vehicles that may be designated by the minister by a statutory order”.

Since 2004, vehicles carrying the president, vice president, speaker, deputy speaker and prime minister have been defined in law as emergency vehicles.

The screenshot can also be seen here, here, here and here on Facebook.

But did Uganda’s state house make this threat after the crash? 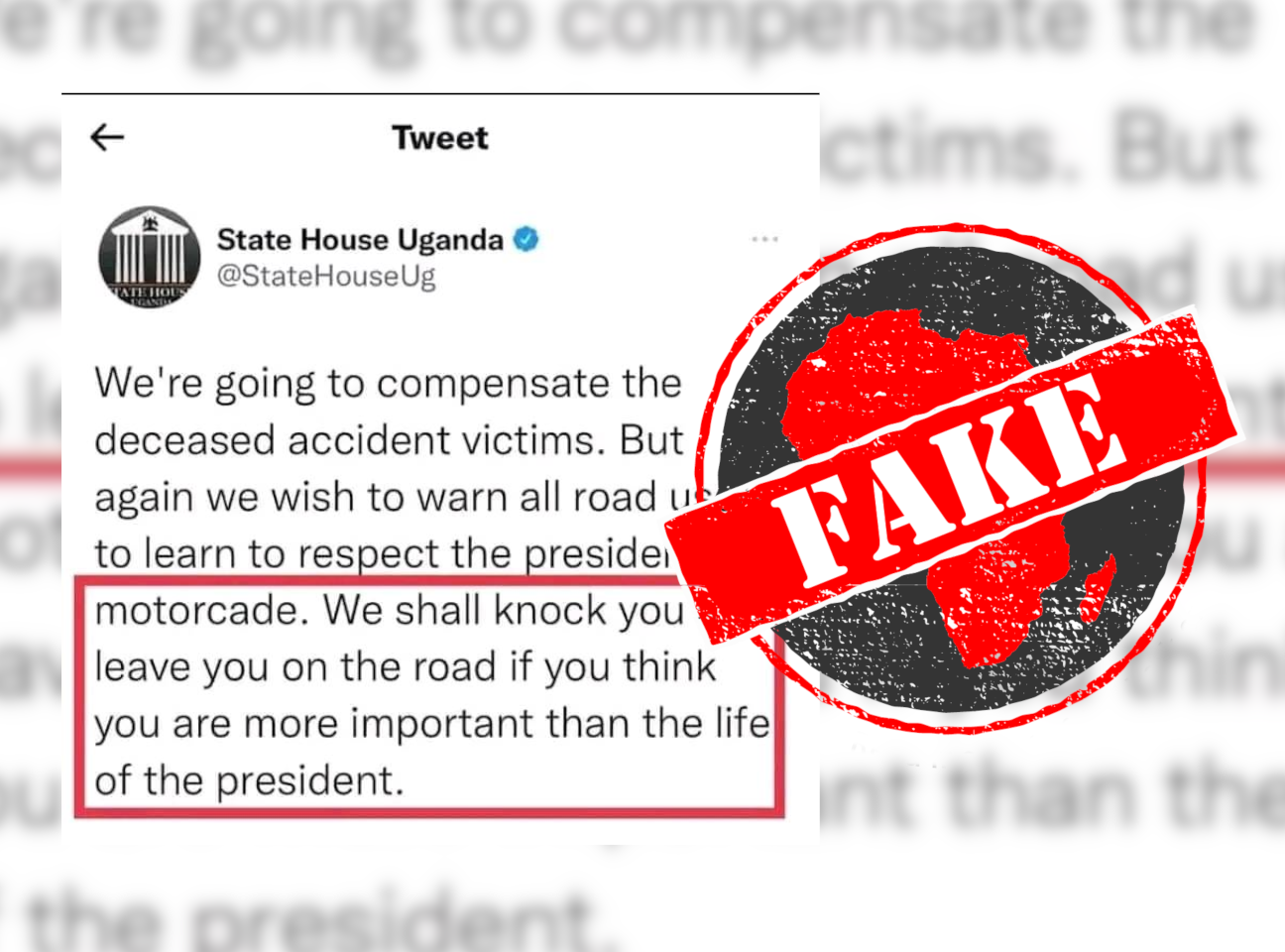 Such a controversial and seemingly heartless statement would have made headlines, but Africa Check has found no news reports of the tweet.