No, Ukrainian president Volodymyr Zelenskyy and Hungarian-born billionaire George Soros are not related

(Disclaimer: Open Society Foundations, founded by George Soros, is one of Africa Check’s funding partners, contributing 4% of our income in 2020.)

Since Russia invaded its neighbour Ukraine on 24 February 2022 there has been an international outcry over alleged war crimes by Russian forces.

Amid this media storm, Ukraine’s young president Volodymyr Zelenskyy has also been the subject of intense scrutiny. And where attention is focused, conspiracy theories are soon to follow.

One such claim was made on Twitter and then shared widely on Facebook as a screenshot. It says a Pentagon official has “confirmed” that Zelenskyy and billionaire financier and philanthropist George Soros are cousins.

The Pentagon is the headquarters of the US Department of Defense (DOD).

Soros is frequently the subject of outlandish rumours, many of which link his enormous wealth and support of liberal causes to his being Jewish. The US’s Anti-Defamation League has labelled this anti-Semitic. Zelenskyy is also Jewish.

Soros was born in Hungary in 1930, Zelenskyy in Ukraine in the then-Soviet Union in 1978. Are the men related? 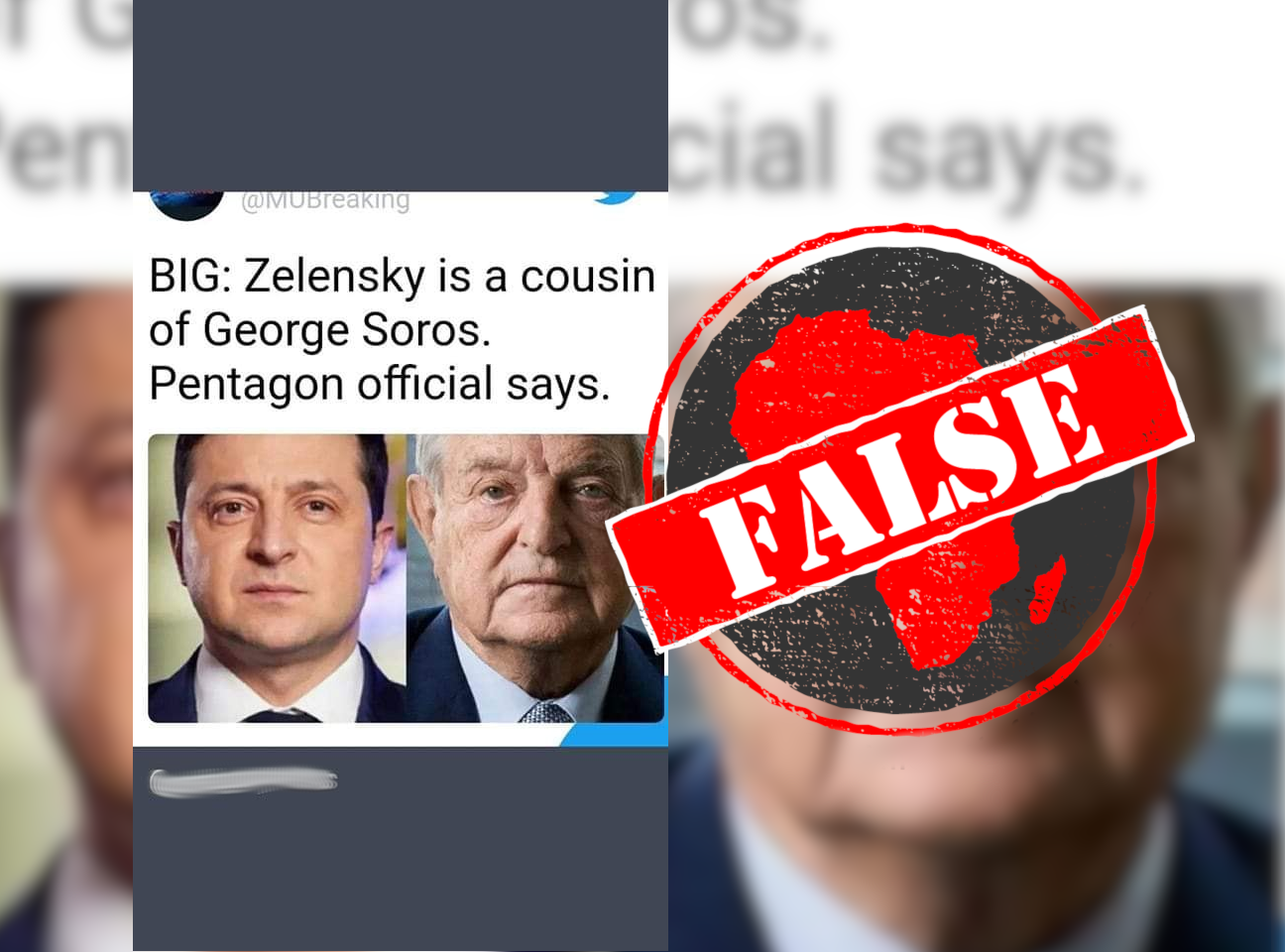 No evidence for outlandish claim

As a number of other fact-checking organisations have made clear, there is no evidence that Soros and Zelenskyy are cousins or that a spokesperson from the DOD confirmed this.

We could also find no evidence of any statement mentioning the two men in the DOD’s press releases or on its social media accounts.

A spokesperson for the Secretary of Defense told Reuters that the office had not made any statement like it. Associated Press also reported that both the DOD and representatives of George Soros and his foundation had denied the claim.

A spokesperson for Open Society Foundations told FactCheck.org: “The allegation that George Soros is related to somebody making news, in this case Ukraine’s president, has been the basis for many conspiracy theories in the past. This current one, just like those that came before it, is false.”