A video posted on Facebook in Nigeria in April 2022 shows a large group of men, most carrying rifles, on a rural road. At first they are just wandering about, talking, but soon music starts and they dance in front of the camera.

The Abuja-Kaduna expressway connects Abuja, Nigeria’s capital territory in the centre of the country, with the important northern city of Kaduna. The road has become notorious for violent attacks that include kidnapping.

The video was posted after gunmen attacked a train heading from Abuja to Kaduna on 28 March. At least eight people were killed. Another 168 are considered kidnapped or missing.

But does the video alarmingly show bandits on the Abuja-Kaduna expressway in April 2022, waiting to kidnap more people? 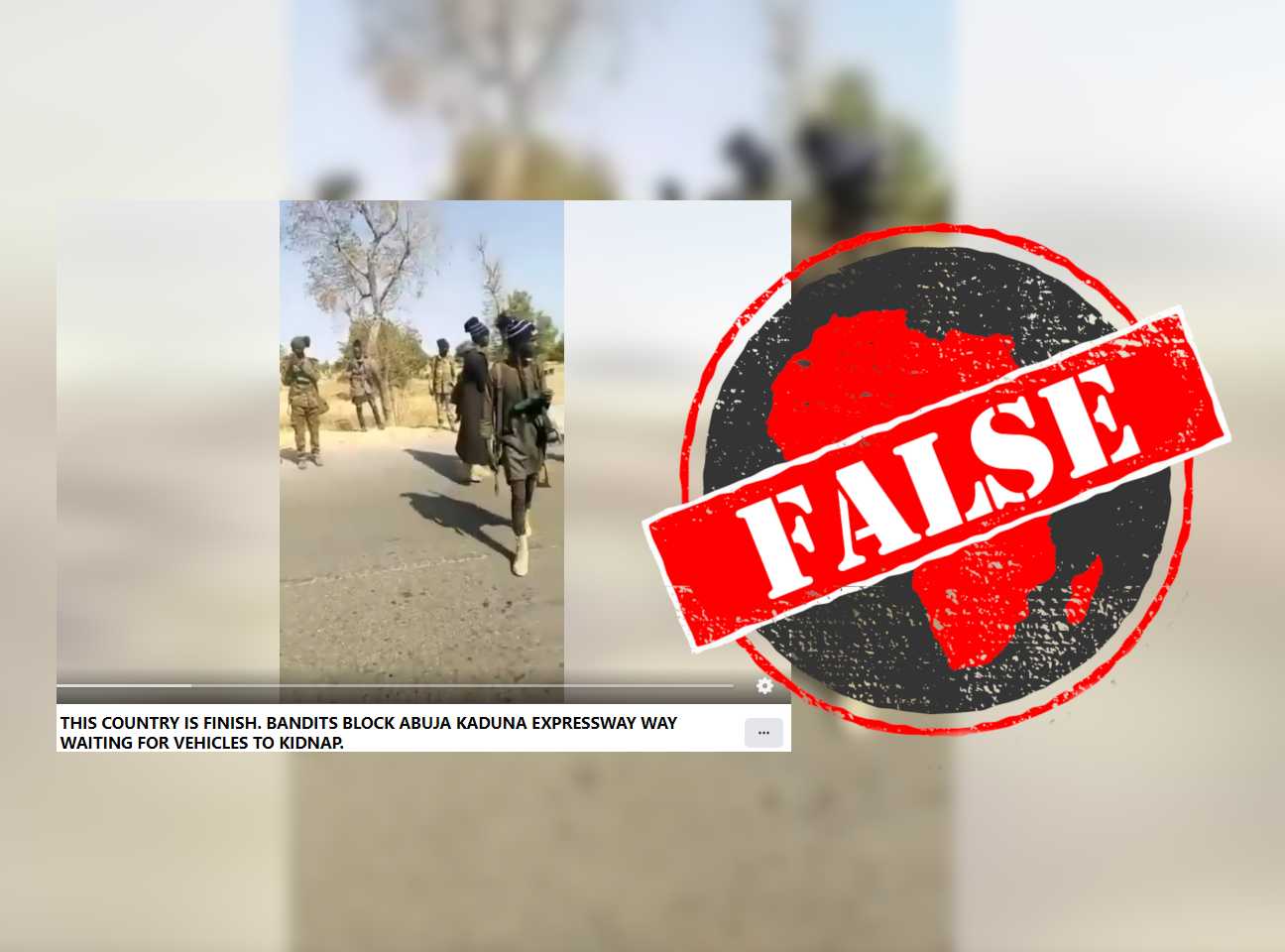 The light vegetation, the language the men speak and the music heard in the video do indicate that it was probably filmed in northern Nigeria.

But the road is a single lane without markings. The Abuja-Kaduna expressway has two carriageways, each with two clearly marked lanes.

And we found that the video has been online for at least four months – if not longer. It was uploaded on the Sahara TV YouTube channel on 11 January with the title “Undated Video Of Bandits Group Including Child Soldiers Dancing”.

The video was online long before the deadly train attack in March.