“What exactly does it take to be ‘competitive’????” That’s the question Debbie Schäfer, education minister for South Africa’s Western Cape province and member of the opposition Democratic Alliance political party, asked in a tweet sent on 13 March 2021. 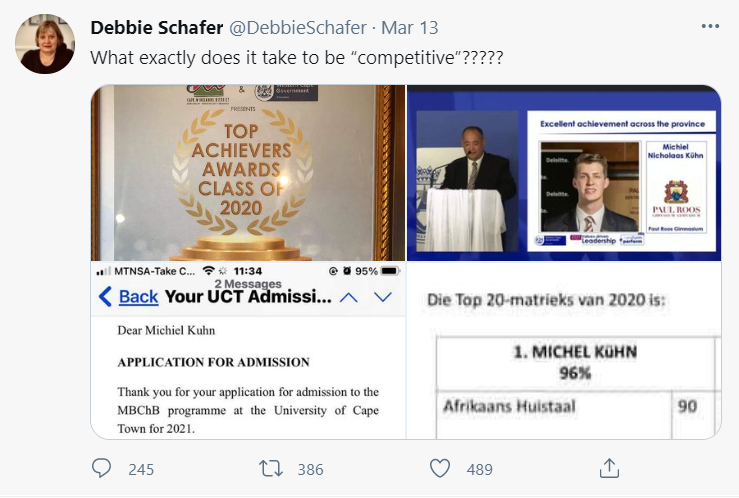 The first is of a “top achievers awards class of 2020” certificate awarded to one Michiel Kuhn by the Cape Winelands district municipality and Western Cape government.

The second shows that Michiel Nicholaas Kühn was noted for “excellent achievement across the province” at the Western Cape education department’s 2020 national senior certificate (NSC) awards. The NSC, known as matric, is South Africa’s school-leaving certificate.

The third is a letter to Kühn from the University of Cape Town (UCT), headed “application for admission” and informing him that “we are not able to make you an offer for 2021, as your application is not competitive”. The fourth shows Kühn’s matric subject results, all more than 90% with an average of 96%.

The screenshots and information in Schäfer’s tweet have been posted several times on Facebook, sometimes with the suggestion that Kühn was turned down because he is white.

On reads in part, in Afrikaans: “Melanien baie belangrikker is as Wiskunde in die keuringsproses by die Universiteit”. This translates as: “Melanin is far more important than mathematics in the university’s selection process.”

But how much of this is true? Was Kühn denied university acceptance despite his academic achievements, and is there any indication as to why? 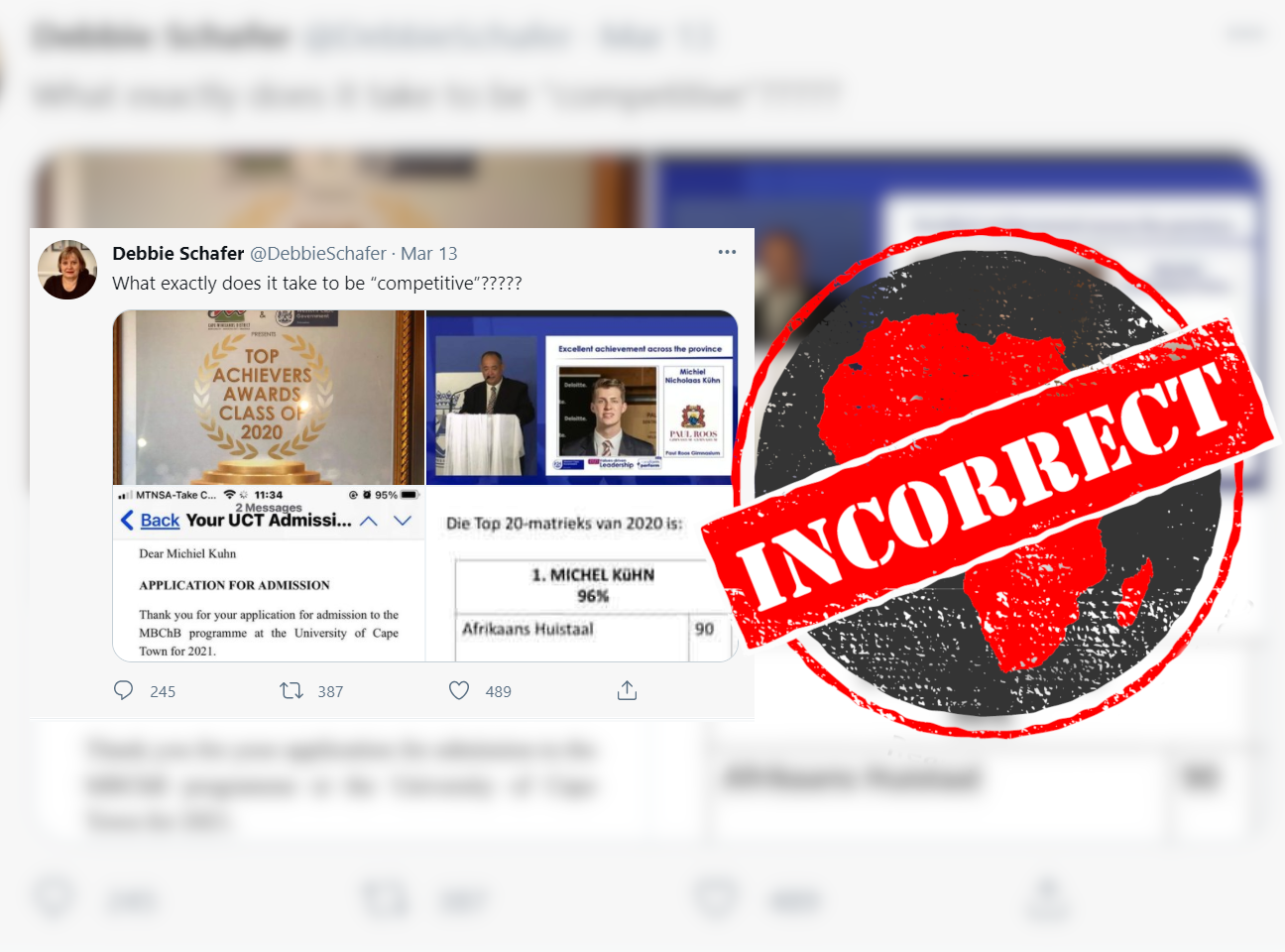 UCT posted a clarification on the matter to its official Twitter account in the evening of 13 March. The university said that Kühn was offered a position at UCT’s health sciences programme, for which he had applied. 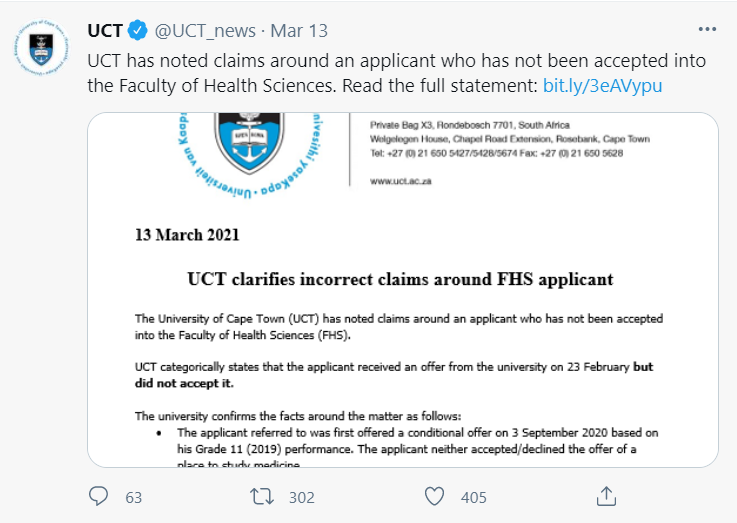 The university said Kühn was originally offered provisional acceptance in September 2020, based on the results of his 2019 exams, and then a firm offer in February 2021 on the basis of his final year exam results.

He gave no reply to either offer, the university said in its statement, and so the offer was put to him in a phone call. But Kühn turned UCT down as he had already accepted an offer to study at another university.

At this point, UCT said, Kühn’s application was moved to a waiting list. Once all the student positions had been taken, he was sent a generic email along with all other waitlisted applicants. This was the reason that UCT’s email to Kühn included the phrase “your application is not competitive”.

The university said it would “look into” replacing generic emails with more personalised ones in future.

Schäfer’s spokesperson said she had received the images she tweeted “from a black colleague”, and knew of UCT’s email to Kühn without also knowing about the university’s previous offers to him.

Some, including Helen Zille, former head of the Democratic Alliance, have pointed out that before Schäfer’s tweet, Afrikaans newspaper Die Burger reported that Kühn would be studying actuarial science at the University of Stellenbosch.

Kühn’s mother confirms he was contacted by UCT

In a 16 March interview with Maroela Media, Mari-Anna Kühn, Michiel Kühn’s mother, said (in Afrikaans) that she did post a screenshot of UCT’s rejection letter on Facebook ­– offended by the generic wording – but deleted it when she realised others were beginning to share it.

She also confirmed that UCT had called her son, and said he had not been aware he would also have to decline the university’s offer online. Hence the family’s surprise at the UCT’s letter.