IN SHORT: The image circulating online of Joe Biden whispering to a sleeping Cyril Ramaphosa is fake. Two photos have been altered and merged into one.

The image appears to show US president Joe Biden leaning over South African president Cyril Ramaphosa’s shoulder in what appears to be an attempt to wake him.

The post goes on to say that ‘‘Queen Elizabeth II burial session took long yesterday that some elders couldn't manage to contain their bodies anymore’’.

Elizabeth, the United Kingdom’s longest reigning monarch, was buried on 19 September 2022. Both Biden and Ramaphosa attended the funeral. A few days earlier, on 16 September, the two met at the White House, Biden’s official residence in the US capital Washington DC, for a working visit.

The image has also been shared here, here, and here. Some posts claim the photo was taken during Ramaphosa’s visit to Washington DC. 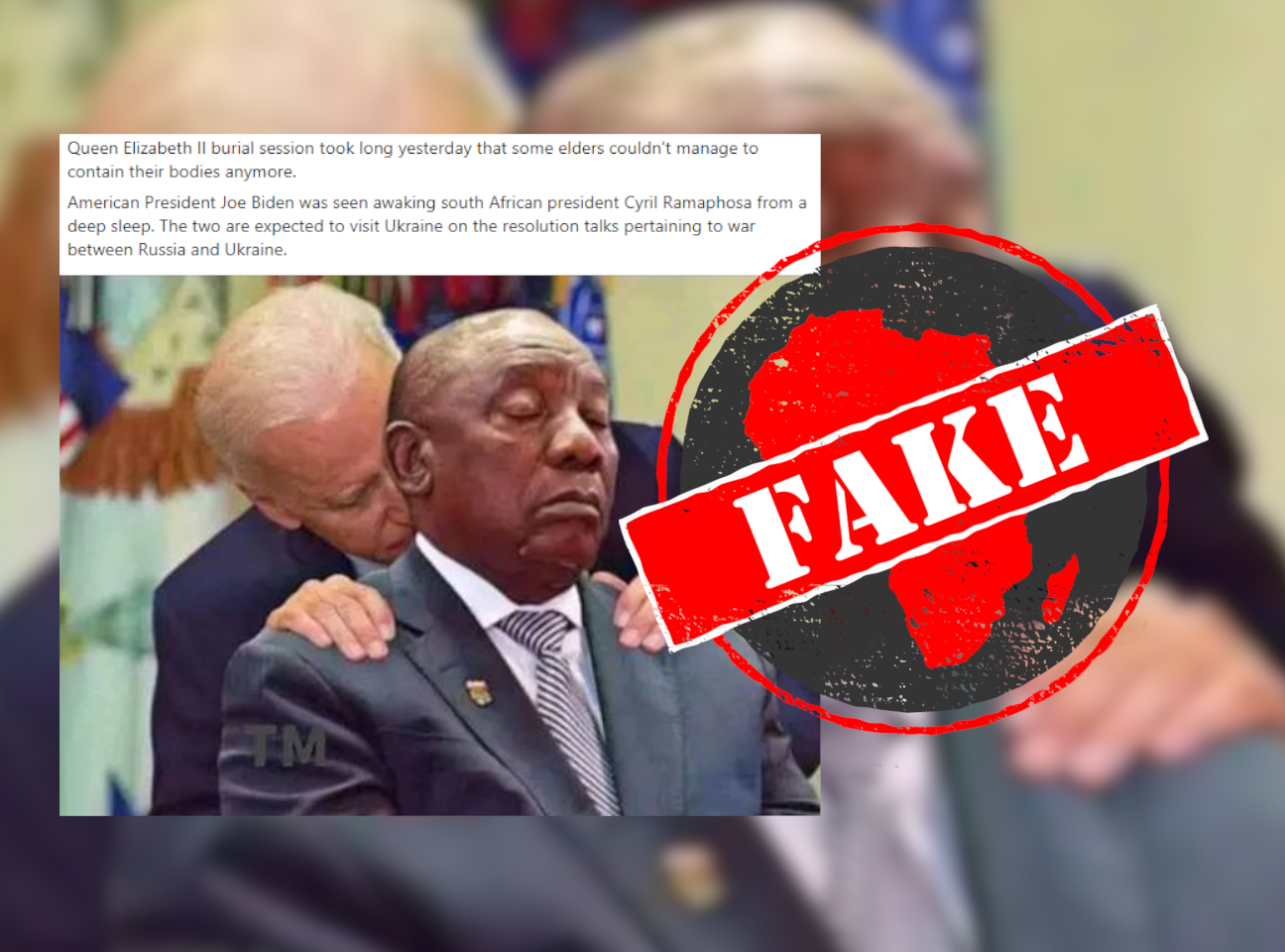 Biden’s hands on someone else’s shoulders in original photo

Africa Check downloaded the image and did a reverse image search on Google. The results led us to this article, published in February 2015, with the original image of Biden. He is in the same pose but, instead of Ramaphosa, Biden has his hands placed on the shoulders of Stephanie Carter, wife of Aston Carter, the then-US secretary of defence.

The photo was taken at Carter’s swearing-in ceremony. Biden was vice president of the US under president Barack Obama at the time. 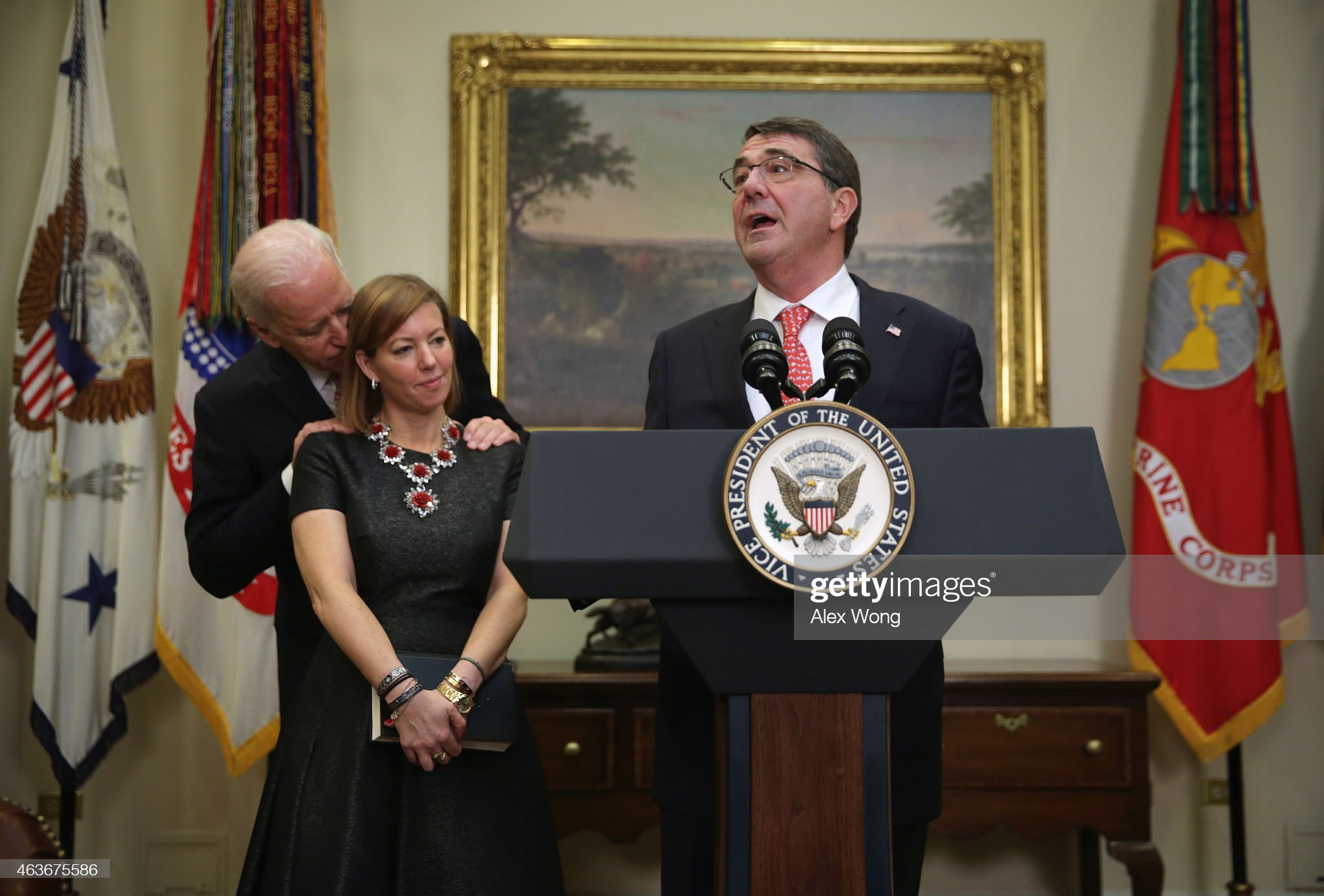 The original photo, taken by photographer Alex Wong also appears on Getty Images, where it is dated 17 February 2015.

This image has resurfaced since 2015 on several occasions, including here, here and here, as Biden was accused of “inappropriate touching”. This has been denied by Stephanie Carter herself.

Two photos, merged into one

A Google search of the phrase ‘‘Ramaphosa sleeping’’ turned up several results, none of which included Biden. The closest match we could find in our search was in this July 2020 article, published several years before Elizabeth’s death.

The image of Biden waking Ramaphosa by whispering in his ear has been photoshopped, merging two photos of the two presidents into one. 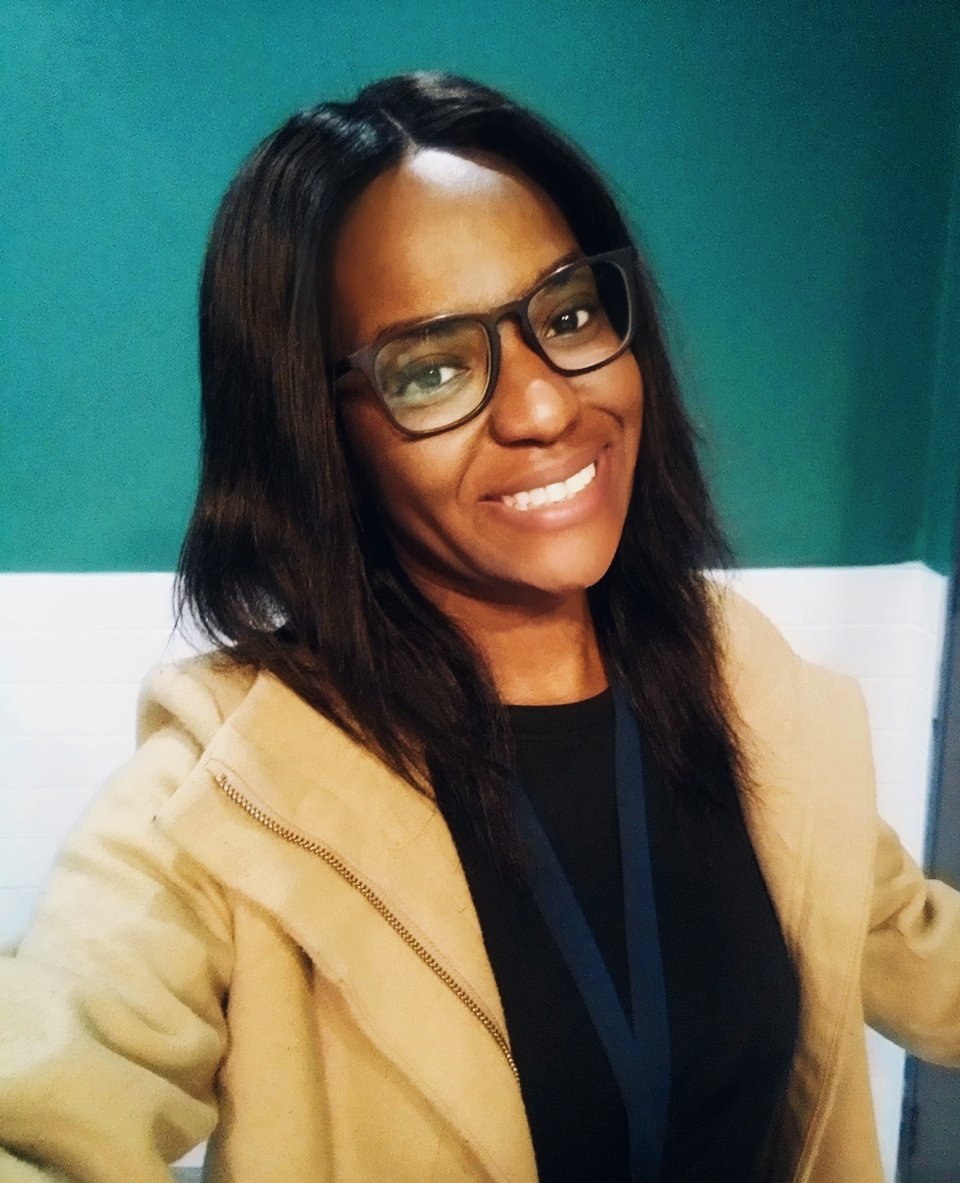