Raila Odinga, leader of the opposition Orange Democratic Movement and presidential candidate in Kenya’s August 2022 elections, announced on 16 May that former justice minister Martha Karua would be his running mate.

If he wins, Karua would become the country’s first female deputy president.

Soon after the announcement, a screengrab of what seems to be a tweet by US vice president Kamala Harris, congratulating Karua, began circulating on social media.

It reads: “Congratulations @MarthaKarua all women stand with You.”

Harris is the first female and first black vice president of the US.

Karua heads Narc Kenya, one of the parties in the Azimio la Umoja One Kenya election coalition led by Odinga.

But did Harris really tweet congratulations to Karua? We checked. 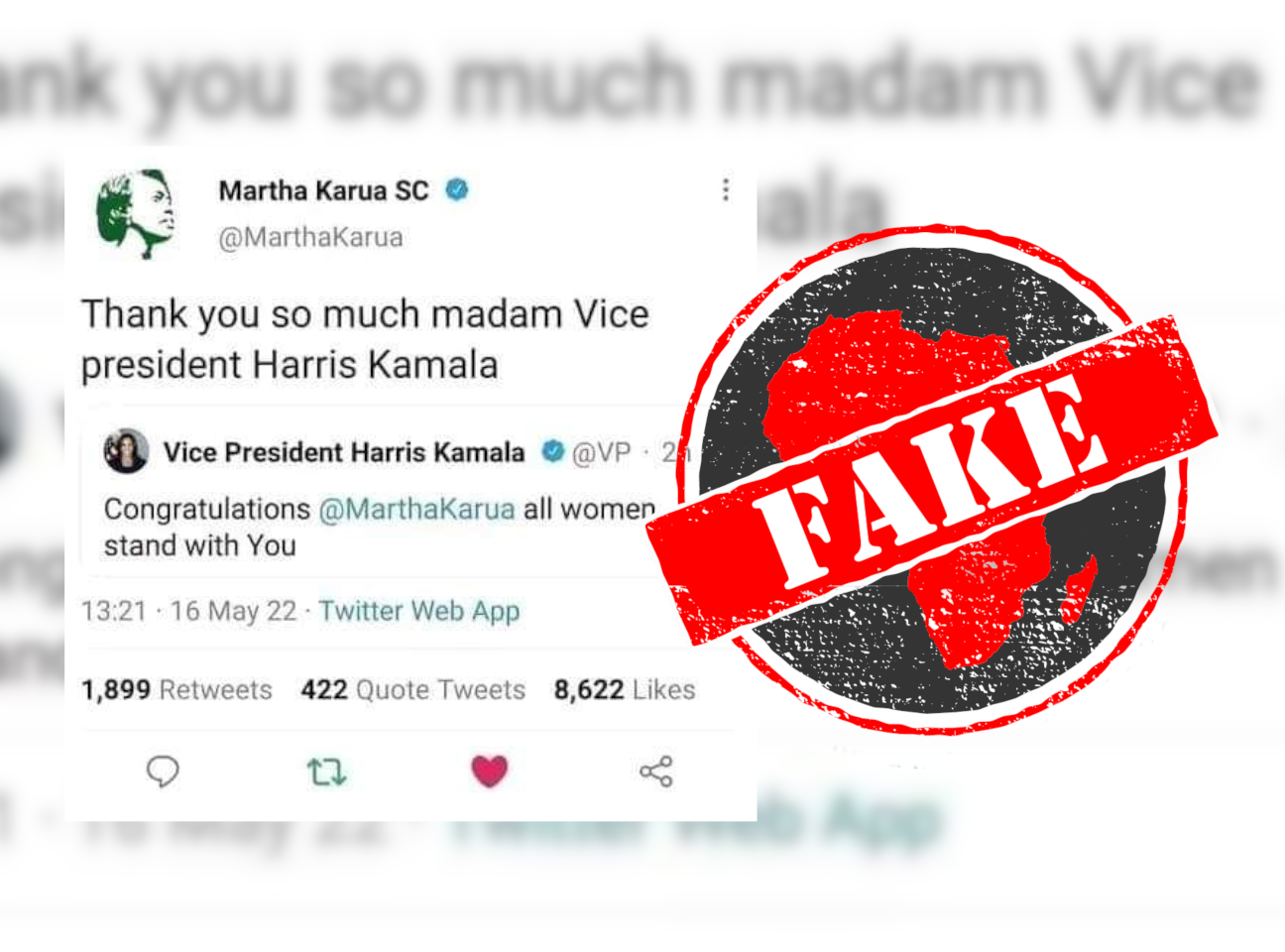 In a real tweet the time is given in full, including the AM or PM. But in the screengrab the time is written only as “13:21”.

The date on the screenshot is 16 May 2022. On that day, Harris posted two tweets on her verified, official @VP account. Both tweets were about her trip to the United Arab Emirates to express condolences for the death of Sheikh Khalifa bin Zayed, the country’s president. Neither tweet congratulated Karua.

If Harris had congratulated Karua on Twitter, it would have been big news in Kenya. But there have been no reports of the tweet.