Delta Air Lines is a major carrier in the United States.

The story is just a single paragraph, with a “read more” link to a longer article with the same headline on the website Newz World Today. The site is riddled with pop-up ads.

Its article says there have been several “suspicious airline crashes and emergencies” recently. “The term being used to describe these events is Vaxxidents.” It specifically attributes these to the Covid-19 jab.

The pilot, the article says, “had a medical emergency mid-flight and passed away. The flight had to make an emergency landing. This should raise red flags for every American who boards commercial flights.

“If vaccinated pilots have an elevated risk of experiencing a medical emergency mid-flight, that puts millions of people’s lives in jeopardy.”

But did a Delta pilot really die mid-flight as a result of Covid-19 vaccination? 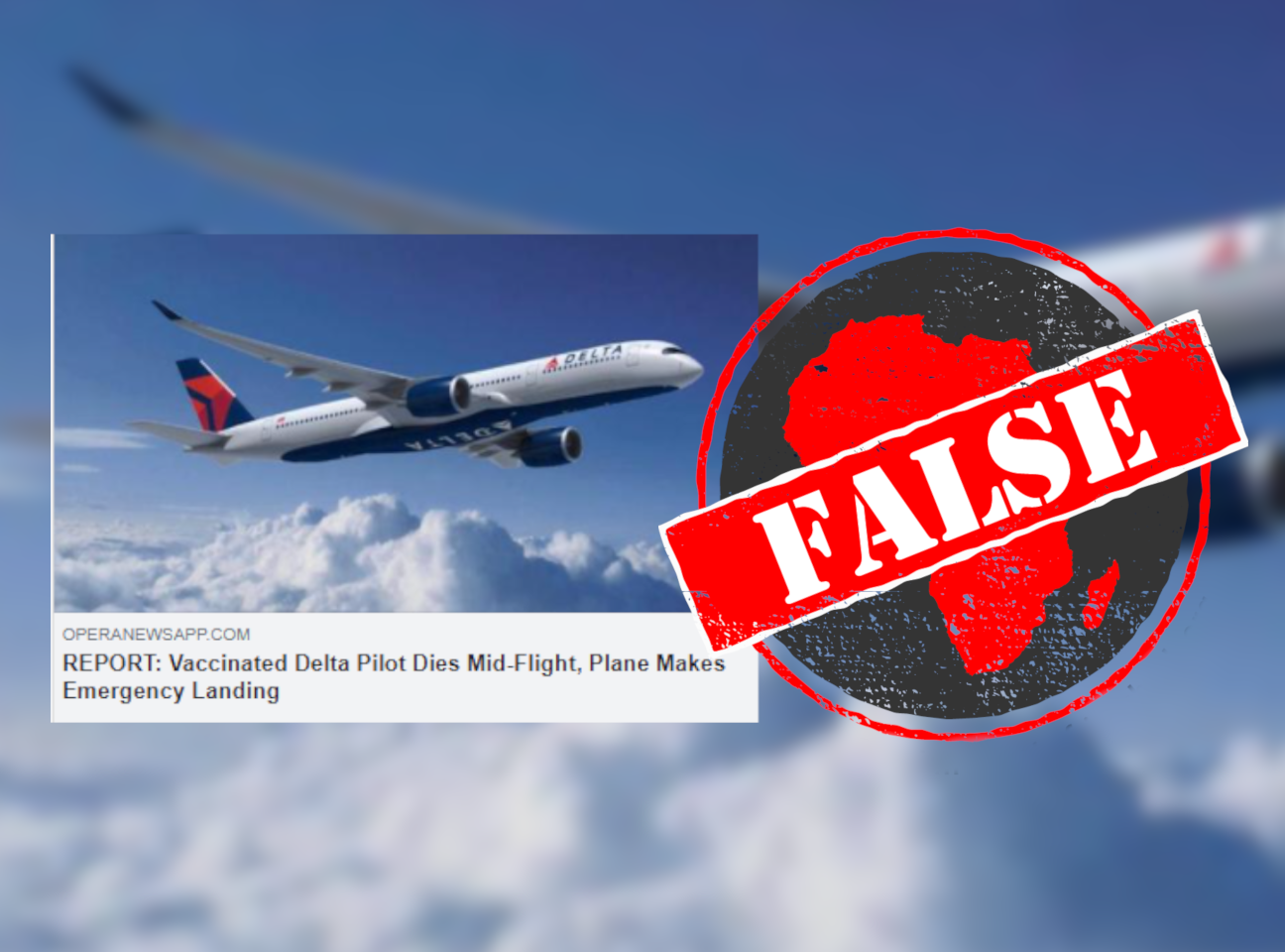 ‘All of these allegations are false’ - Delta Airlines

On 13 October Delta released a statement dismissing the claim.

“Delta is aware of reports suggesting one of the airline’s pilots passed away from vaccine complications while operating a flight, resulting in an emergency landing,” it reads.

“All of these allegations are false. The pandemic has been an incredibly tragic time for many, and our hearts go out to the hundreds of thousands of families of those who have passed away from the horrific virus.”

And the US Federal Aviation Administration told the Associated Press that it had “found no evidence such an event occurred”.