No, Venus not only planet that rotates clockwise

“Venus is the only planet that rotates clockwise,” claims a graphic doing the rounds on Facebook in South Africa and viewed nearly 2,000 times.

Venus is Earth’s nearest planetary neighbour and the second planet from the sun.

Earth rotates on its axis in an counterclockwise direction, the opposite direction of the hands of a clock.

So is Venus the only planet rotating the other way? We investigated. 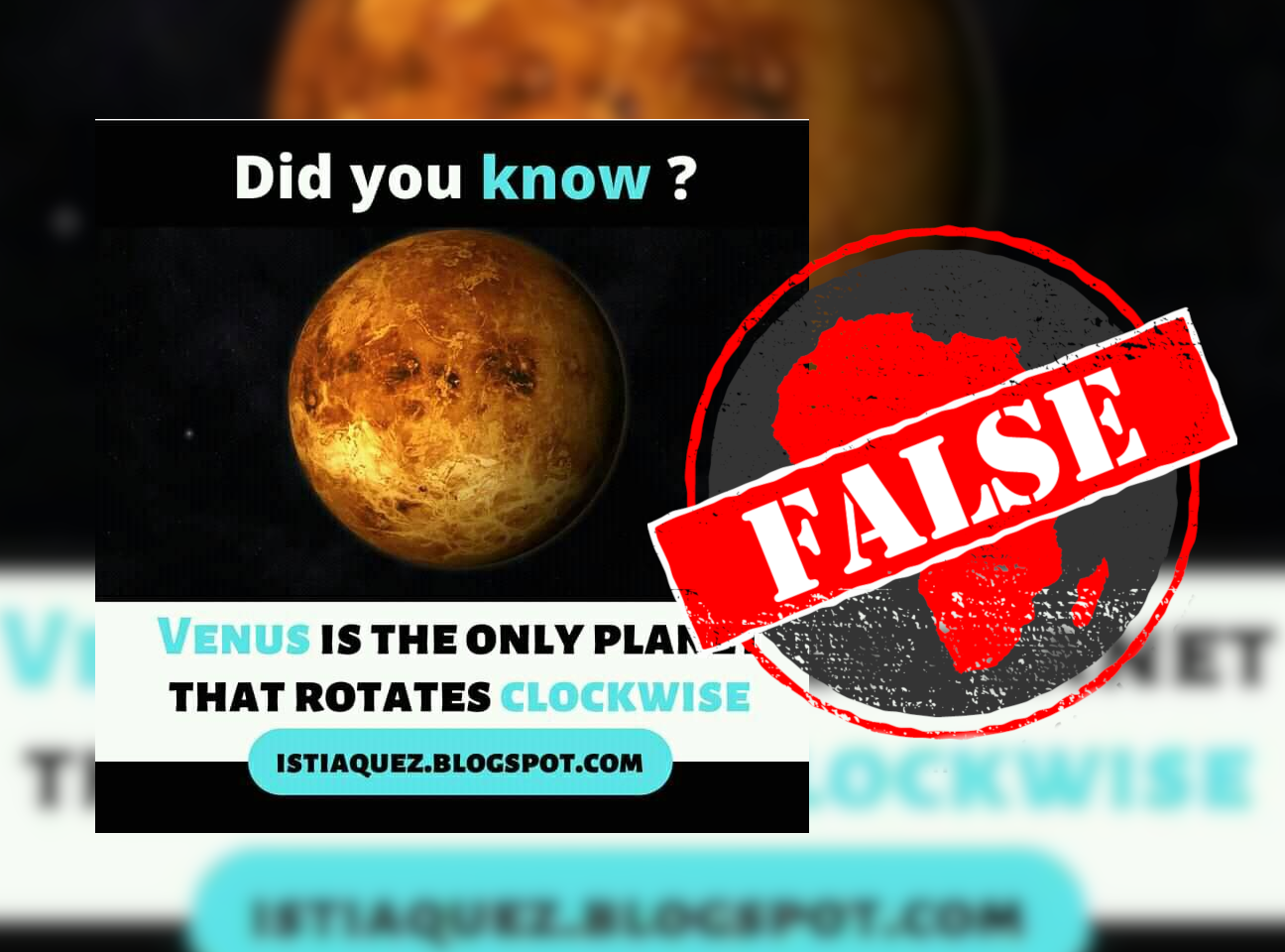 Beyond Neptune, there are smaller worlds called dwarf planets which include what the US’s National Aeronautics and Space Administration, or Nasa, calls the “longtime favorite Pluto”.

Venus is often called the “twin” of Earth, but it has significant differences. Not only is its day longer than its year and it doesn’t experience seasons, but “Venus spins backward”, says Nasa.

Although Venus orbits the sun in an anticlockwise fashion like all the other planets in our solar system, it rotates clockwise about its axis. This unusual axis rotation “is due to being upside down”, according to the Royal Museums Greenwich in the UK.

But Venus isn’t the only planet that rotates differently to its solar system neighbours.

There are two planets that “spin on their axes from east to west”, according to the New York Times – Venus and Uranus.

Uranus is the seventh planet orbiting the sun.

Dwarf planet Pluto also rotates clockwise – or “retrograde”, from east to west – like Venus and Uranus. Pluto was once considered our solar system's ninth planet.

While it’s true Venus spins clockwise, in the opposite direction to Earth, the same is true for Uranus – and dwarf planet Pluto.