No, video clips of lava flows shot long before DRC’s Mount Nyiragongo eruption – and at least one from Hawaii

On 22 May 2021 the 3,500 metre high Mount Nyiragongo volcano erupted near Goma, a city in the Democratic Republic of the Congo. The United Nations estimated that 20,000 people were left homeless, while 40 were missing.

On the day of the eruption, a video was posted on Twitter with the claim that it showed lava flow from Nyiragongo. It has been viewed more than 100,000 times.

Lava is molten or semi-fluid rock expelled from a planet’s interior onto its surface. Its temperature can range from 700 to 1,200 °C.

In the first clip of the video, red lava burns through a steel fence. The second clip shows lava breaking through a black crust, and the third is of lava flowing over a cliff into water.

Were these clips filmed in the Democratic Republic of the Congo? We investigated. 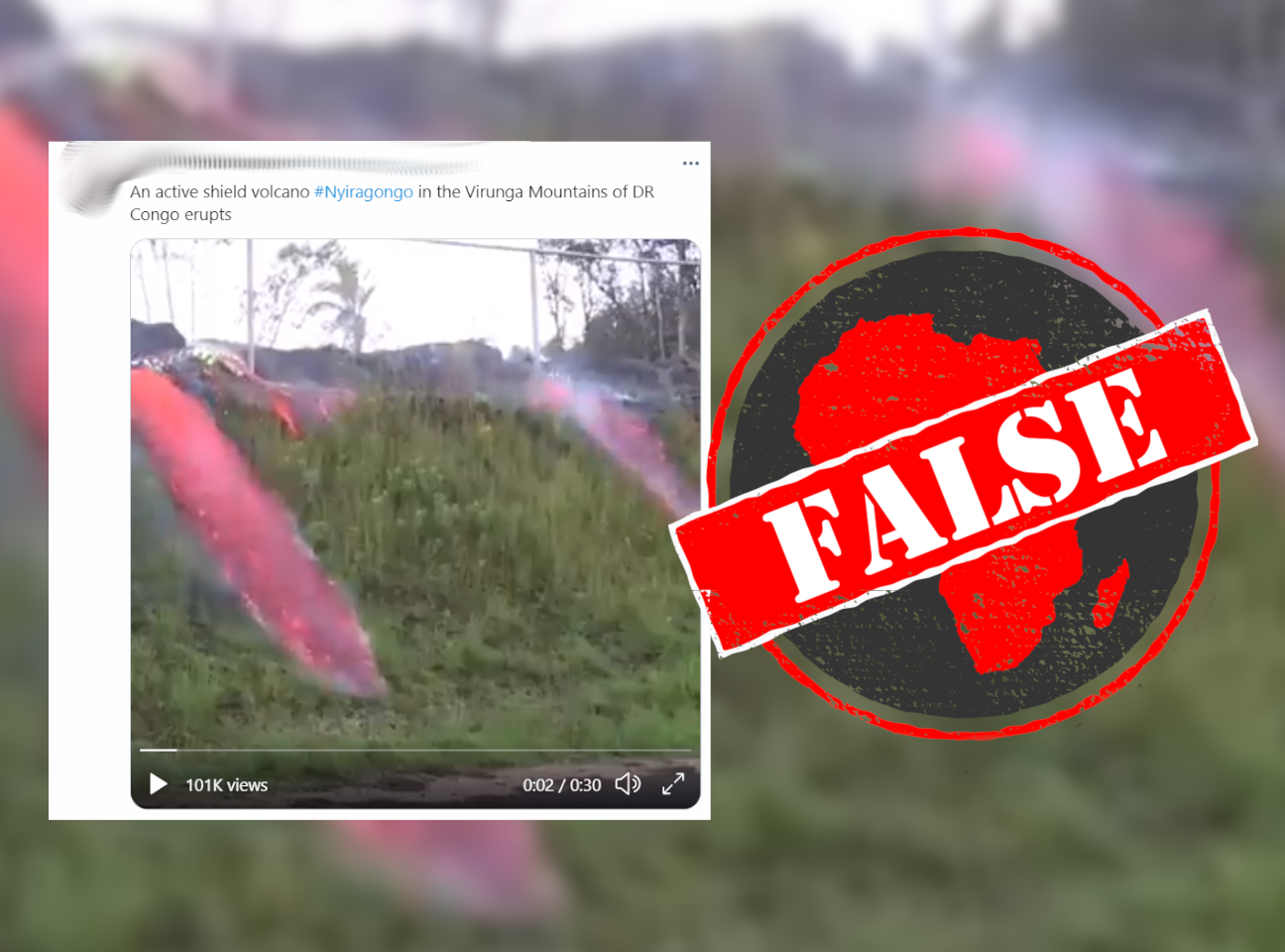 We extracted frames from the video and ran them through a Google reverse image search. This revealed that the first part of the video shows lava from a volcanic eruption in Pahoa, Hawaii, in 2014. The clip can be seen in a video posted on YouTube by Volcano Video Hawaii that shows lava flowing through streets, and burning crops and homes.

We traced the second clip to a video posted on the “Epiclava” Instagram account on 20 April 2020. Its caption doesn’t say where it was shot, but does include the hashtags #hawaii and #kilauea. Kīlauea is a volcano in Hawaii.

The third clip, which starts at 26 seconds, was traced to videos posted on Facebook and Instagram in September 2020. Both posts say the videos were shot in Hawaii, but we were unable to confirm this.

All the clips in the video posted on Twitter were online before Mount Nyiragongo erupted in May 2021. At least one of them was shot in Hawaii. The claim that the video shows lava flows in the Democratic Republic of the Congo is false.