“Kibaki Declares Ruto as fit to succeed Uhuru Kenyatta,” reads the title of a video of former Kenyan president Mwai Kibaki giving a speech in Kiswahili, posted on Facebook in August 2021.

“Former President Mwai Kibaki Declares Ruto as fit and best Candidate to succeed Uhuru Kenyatta ahead of 2022 Polls,” the video’s caption adds. “Share to notify Kieleweke on the Current affairs.”

Kibaki was Kenya’s president from 2002 to 2013. William Ruto, the current deputy president, has said he will run for the presidency in the 2022 elections after president Uhuru Kenyatta’s second term ends.

But does the video show Kibaki declaring support for a Ruto presidency? We checked. 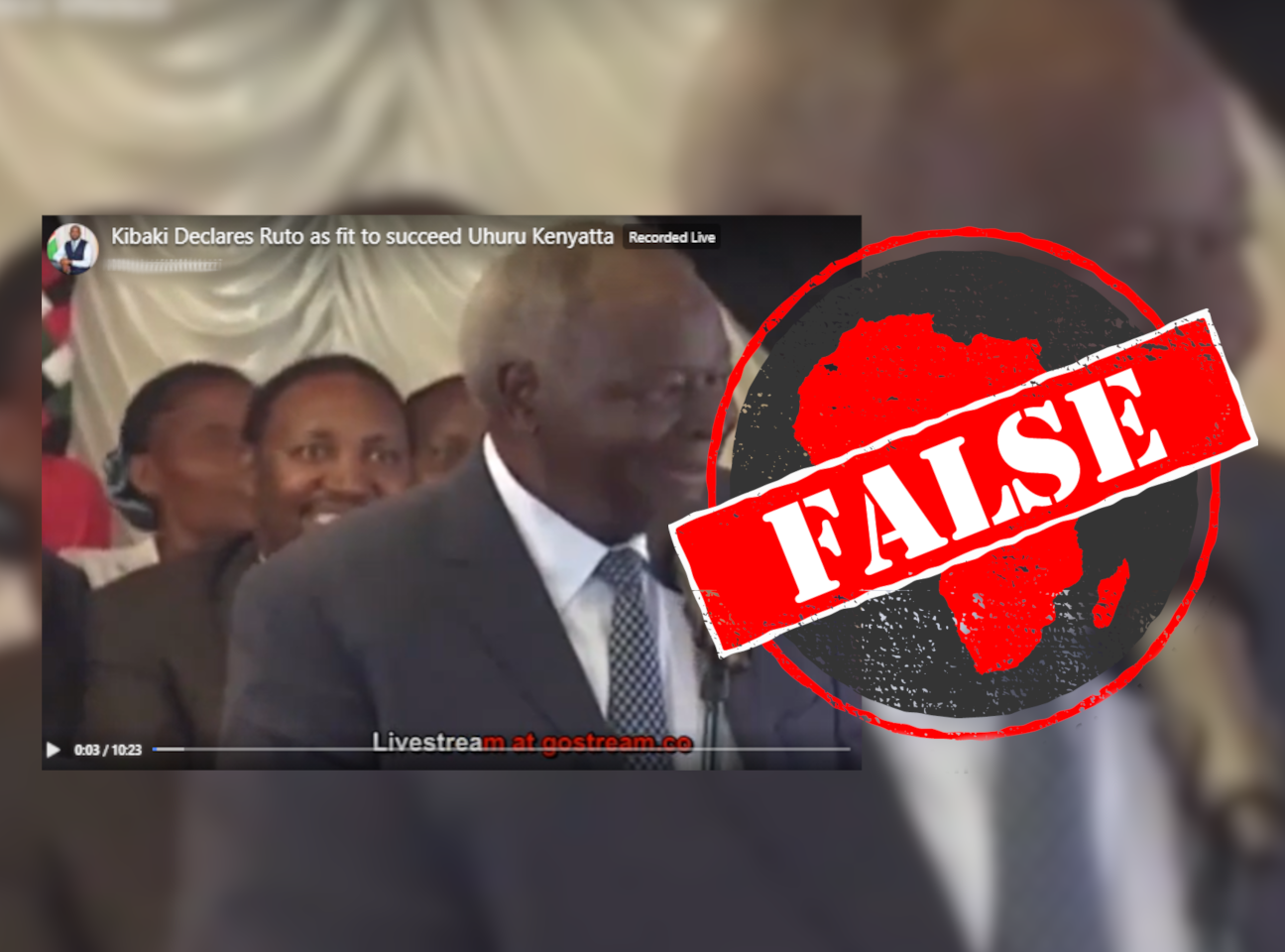 Kiswahili speakers will quickly realise that Kibaki doesn’t mention Ruto at all during the 10-minute speech. But to be sure there wasn’t a mention in an unfilmed part of the speech, we investigated the origins of the video.

Kibaki has kept away from public life after finishing his term in 2013, rarely taking to the podium to address the public. Most YouTube videos of him giving a speech are at least four years old.

The funeral was for Nyeri county governor Nderitu Gachagua, who died in February 2017 while receiving treatment in the United Kingdom.

During his entire speech at the funeral, Kibaki did not mention Ruto and steered clear of politics. He only talked about the late governor.