No, video doesn’t show protests in France, but demos against university fee increase in Kenya

In July 2021, French president Emmanuel Macron announced mandatory Covid vaccinations for health workers, office staff and volunteers. He also extended the use of a “health pass”, as France deals with the Covid-19 pandemic.

Following the announcement, tens of thousands took to the streets in protest across France.

One video shared on Facebook claims to show the protests. The video, filmed from above, appears to show police dispersing protesters using tear gas and water cannons.

The caption to this video reads: “Resistance begins to mount against president Macron’s plan for mandatory Covid vaccinations of all French citizens.”

But in the video a person speaking in Kiswahili can be heard saying “ebu angalia wale”. This means “look at those people”.

Most Kiswahili speakers live in East Africa. So does this video really show anti-vaccination protests in France? We checked. 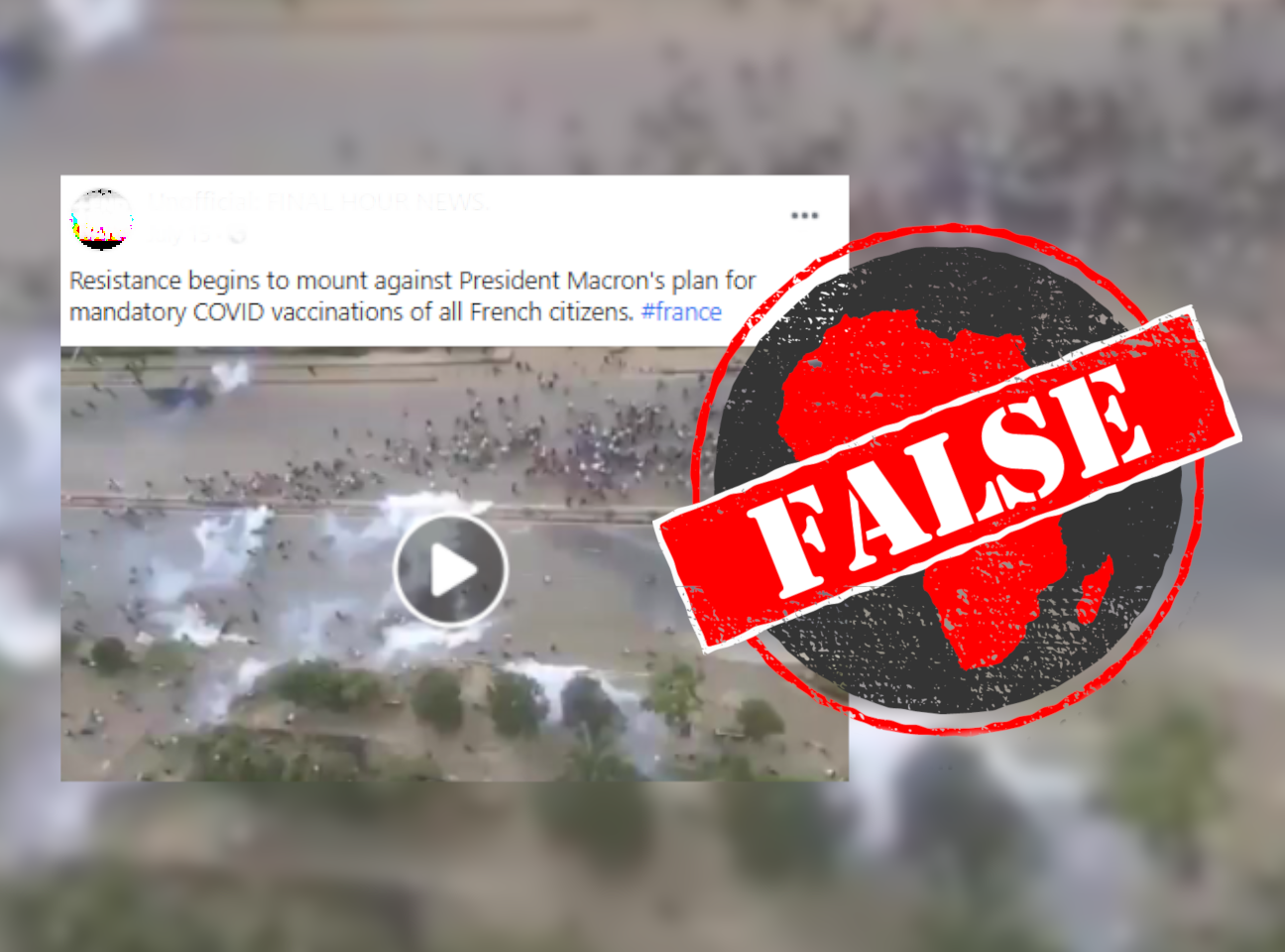 A Google reverse image search of the video revealed that the video was, in fact, filmed in Kenya, where Kiswahili is an official language.

We found a YouTube video uploaded on 14 July. The video shows University of Nairobi students on a highway in Kenya’s capital protesting a move by the university management to increase tuition fees.

The protest in the video has nothing to do with France.