On 24 February 2022 Russia launched a massive new invasion of its neighbour, Ukraine. The ensuing conflict has dominated world news and seen over a thousand civilian casualties and reports of more than 1.7 million people fleeing the country.

Like all major breaking news events, the war has generated plenty of misinformation. One example is a video recently posted on Facebook. It appears to show a report on two Russian strategic bomber jets landing in Air Force Base Waterkloof, a military airbase in Pretoria, South Africa. The post has gained widespread attention in the country, attracting almost a million views in just a few days.

The video’s description reads, in Afrikaans: “Wanneer het die gebeur? Dis nie goed om te sien of te hoor nie!!?? Wat dink julle??” This translates as: “When did this happen? It’s not good to see or hear. What do you think?” Against the backdrop of the war in Ukraine, the post implies that the event took place recently. But is this accurate? 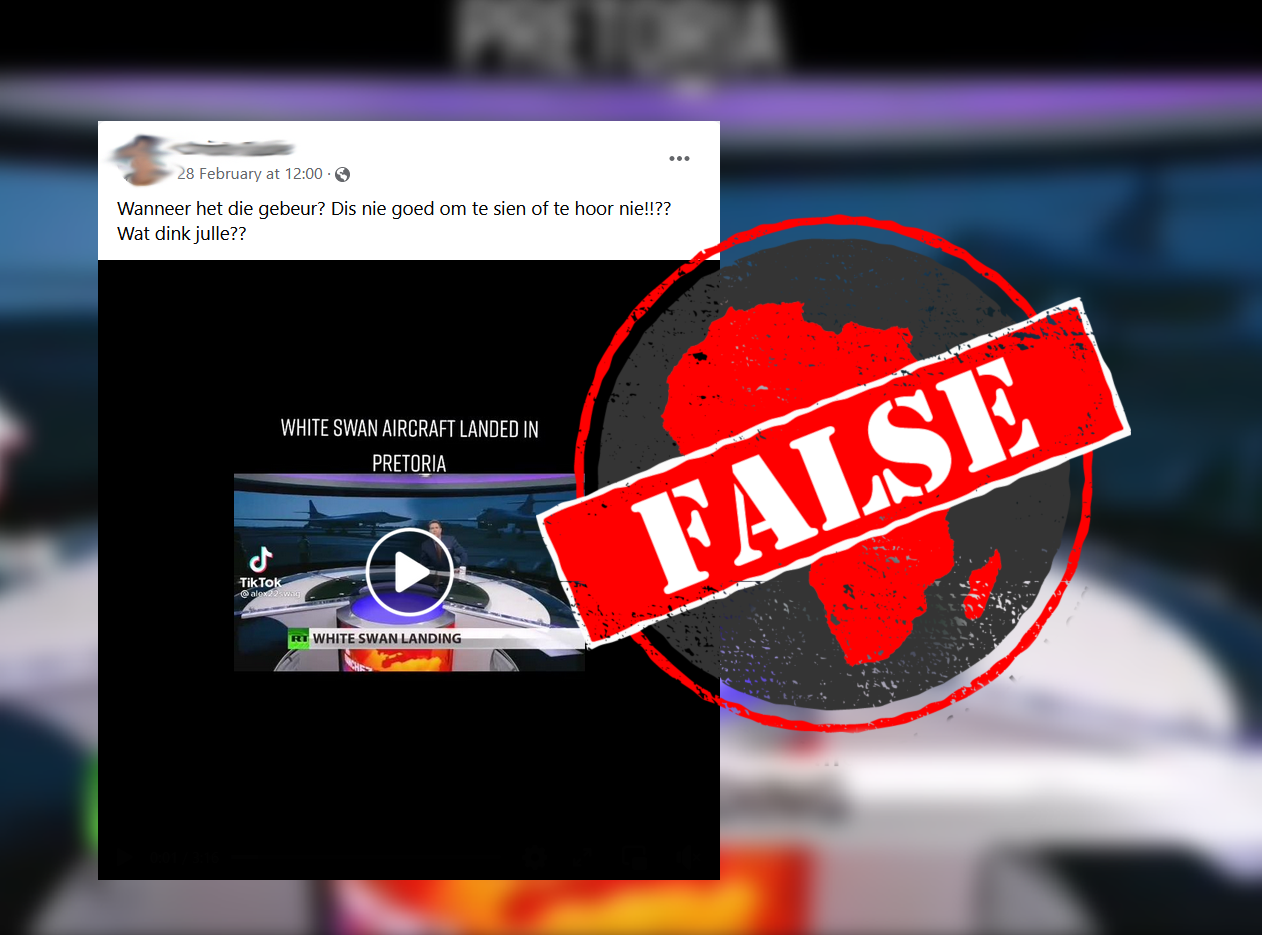 An internet search revealed that the jets landed on 23 October 2019. Footage of the event was posted on YouTube in 2019, receiving wide international news coverage.

The landing had been announced by the South African National Defence Force (SANDF), who posted photos of it on Twitter.

Russian Federation (AFRF) during their visit in the Republic of South Africa (RSA).

The air arsenal of the AFRF such as the Antonov-AN124, the “Black Jack”, TU-160, IL 62 Illussion amongst others landed at SA Air Force Base Waterkloof.#sandf#sandf_19#SAAirForce_19 pic.twitter.com/c5JlFXGbQC

The SANDF said in a media invite that the visit was part of “fostering mutually beneficial partnerships” between the two countries, “based on common interests”.