No, video shows oil pipeline explosion in Egypt, not Zimbabwe

A video shared on Instagram in South Africa shows a large cloud of dark smoke above a line of burning cars. People run from the fire, some appearing to drag others away from the flames.

The caption in the Instagram post reads: “Zimbabwean Men tried to steal oil from a pipeline then it ended up in a disaster after one shot at the oil tank.”

The video was posted on 2 November 2021, but no details are given of where or when it was shot. We investigated. 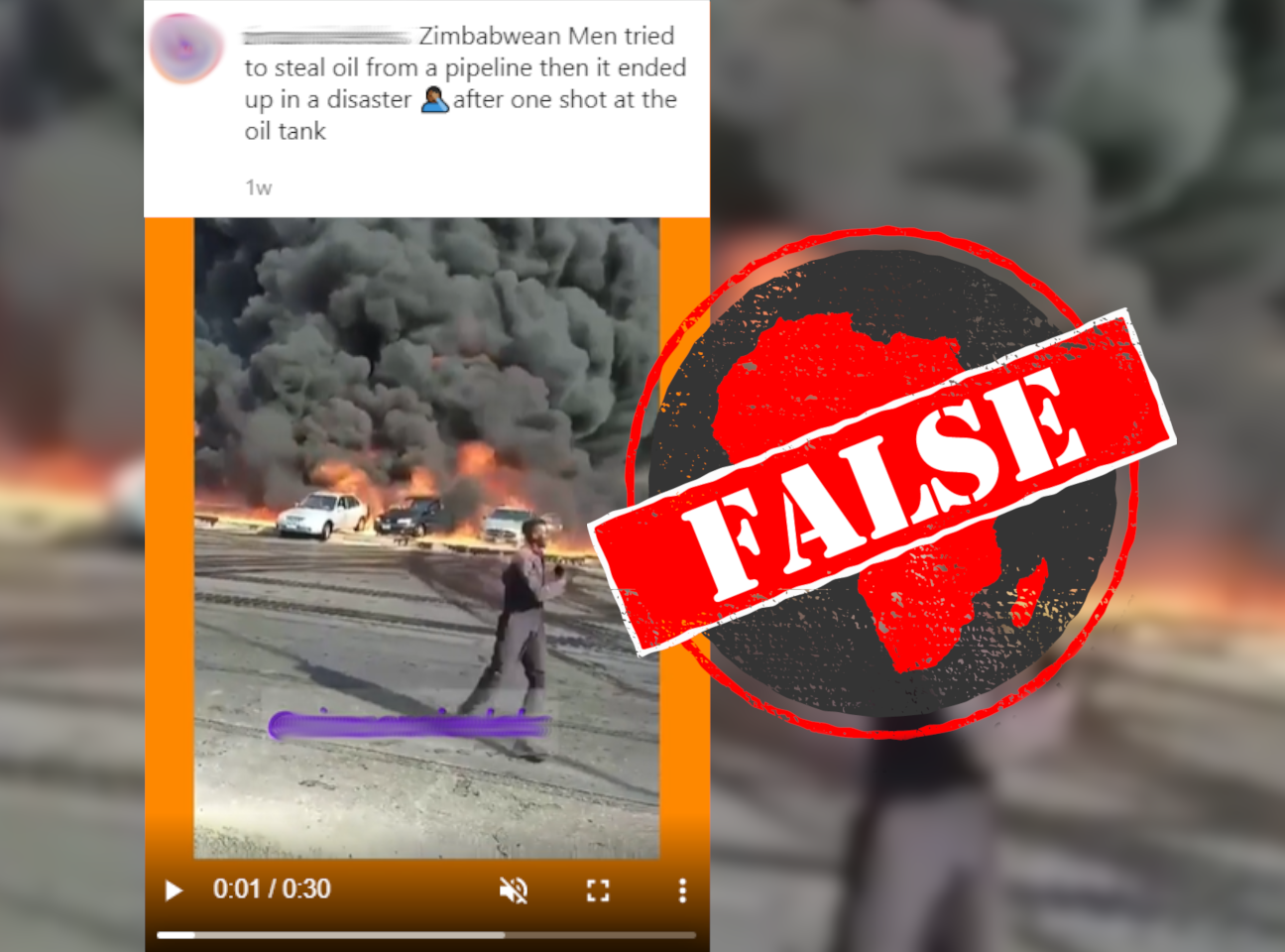 We ran a screenshot from the first few seconds of the video through Berify, a reverse image search engine.

This led us to a video on YouTube uploaded by Global News, a Canadian television network, on 14 July 2020. The video is a longer clip of the same footage as in the Instagram post.

But the news network makes no mention of Zimbabwe or Zimbabweans.

The video is captioned: “Cars set ablaze after massive fire breaks out along pipeline in Egypt.”

The description of the video says that a massive fire broke out in Egypt's Shuqair-Mostorod crude oil pipeline and at least 12 people were injured.

According to Reuters, a witness said around two dozen abandoned cars had been torched.