A graphic circulating on Facebook in August 2022 attributes a quote to Timothy Njoya, a retired minister in the Presbyterian Church of East Africa. Njoya is widely known for promoting democracy in Kenya.

In the quote, Njoya appears to say that former Kenyan prime minister and Azimio la Umoja One Kenya coalition presidential candidate Raila Odinga should not be criticised for his alleged involvement in an attempted coup in Kenya in 1982 .

“Hypocrisy is ingrained in their minds. Pharisees. They want to remind us of Raila's involvement in the 1982 coup, but are conveniently silent about the factors that led us there,” the supposed quote reads.

“For starters, Raila was fighting for the freedoms we enjoy today. Moi had confined public appointments to Kalenjinland, and totally ignored other regions. Also, you cannot separate Ruto from Moi's ill.”

The graphic with the quote appears to have been produced by Kenyans.co.ke, showing the news website’s logo.

Njoya is widely known for championing democracy during president Daniel arap Moi’s regime. Moi is described as having ruled Kenya “with an iron fist”. He died in February 2020.

Odinga was mentioned as being part of the failed 1982 coup. His political opponents have used the suggestion of his involvement in their campaigns. Ruto, a Kalenjin, is also reported to have served under Moi’s regime.

But is this really a quote by Njoya, and reported by Kenyans.co.ke? We checked. 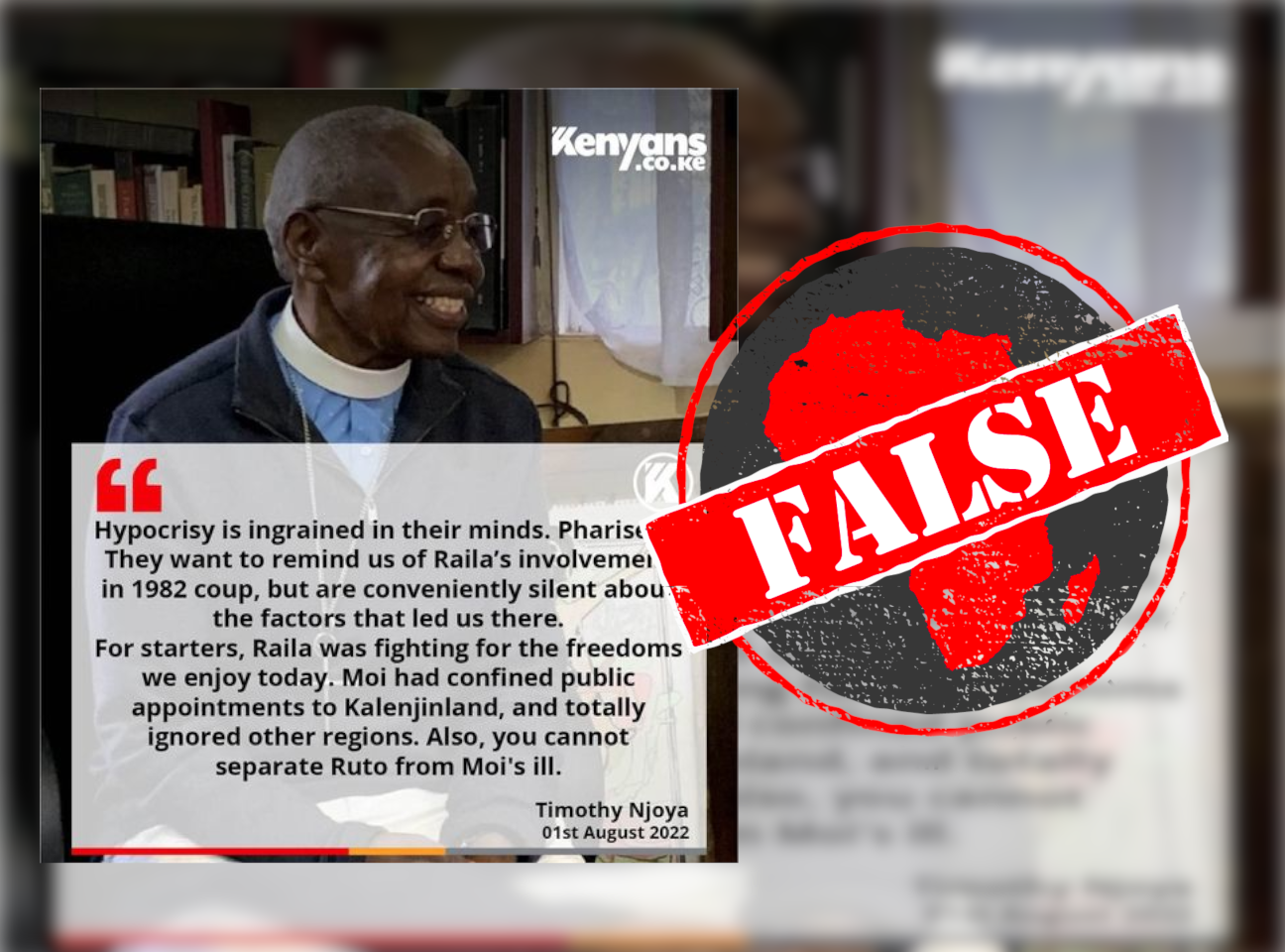 On 6 August, Kenyan.co.ke posted the graphic on social media, stamping it fake.

“This post did not emanate from our media house. It does not conform to the in-house branding rules and did not go through the multiple approval checks set in place to prevent misreporting. We, therefore, flag it as FAKE,” the post reads.