IN SHORT: The photo of a crowd walking down a road was snapped in 2017, so it can’t show people joining a protest organised by opposition leader Raila Odinga in Nairobi in December 2022.

A photo of a huge crowd walking on a road carrying branches is getting social media attention in Kenya.

Facebook users posting the photo claim it shows a crowd on their way to an anti-government political rally at the Kamukunji grounds of the Kibra constituency in Kenya’s capital Nairobi.

The Kiswahili translates as: “How many are going for the rally in Kamukunji?”

Odinga is the Orange Democratic Movement leader and was the Azimio la Umoja One Kenya coalition’s presidential candidate. He lost to current president William Ruto of the Kenya Kwanza alliance in the 9 August 2022 elections.

Odinga had asked his supporters to meet at the Kamukunji grounds on 7 December for the first of a series of anti-government political rallies to protest issues he has raised against the current regime.

But does the photo show part of the crowd that attended the rally? We checked. 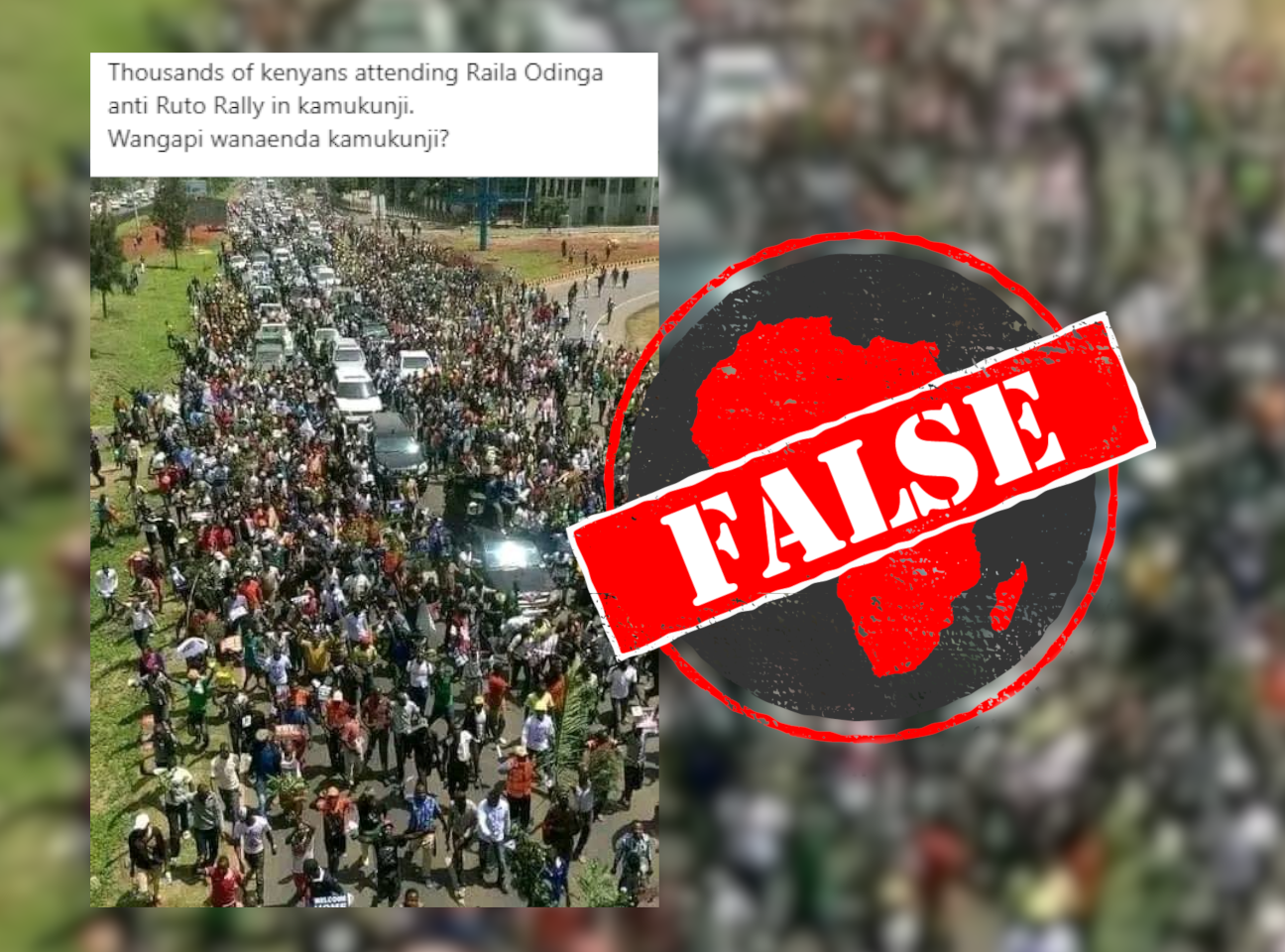 A reverse image search of the photo reveals it first appeared online back in November 2017.

It was posted on Twitter by Odinga’s son Raila Odinga Jr. It shows people who turned up at the Jomo Kenyatta international airport in Nairobi to welcome Odinga home.

Odinga, who was then the National Super Alliance party leader, was returning from a visit to the United States.

The photo was not taken in December 2022.