No, viral photo not of Turkish investor Harun Aydin deported from Kenya

Debate raged in Kenya in August 2021 about the deportation of Harun Aydin to Turkey.

Aydin, a Turkish citizen, was reported by Kenyan media to have been part of deputy president William Ruto's entourage scheduled to travel to Uganda.

Ruto was not allowed to travel and Aydin was later deported.

Kenya’s interior minister Fred Matiang’i said in an interview broadcast on Citizen TV that Aydin’s movements were “a characteristic of people involved in money laundering”.

During the controversy, a photo was shared in a Facebook group with over 1 million members. It shows a man handcuffed and seated between two masked men.

But is it a photo of Aydin? We checked. 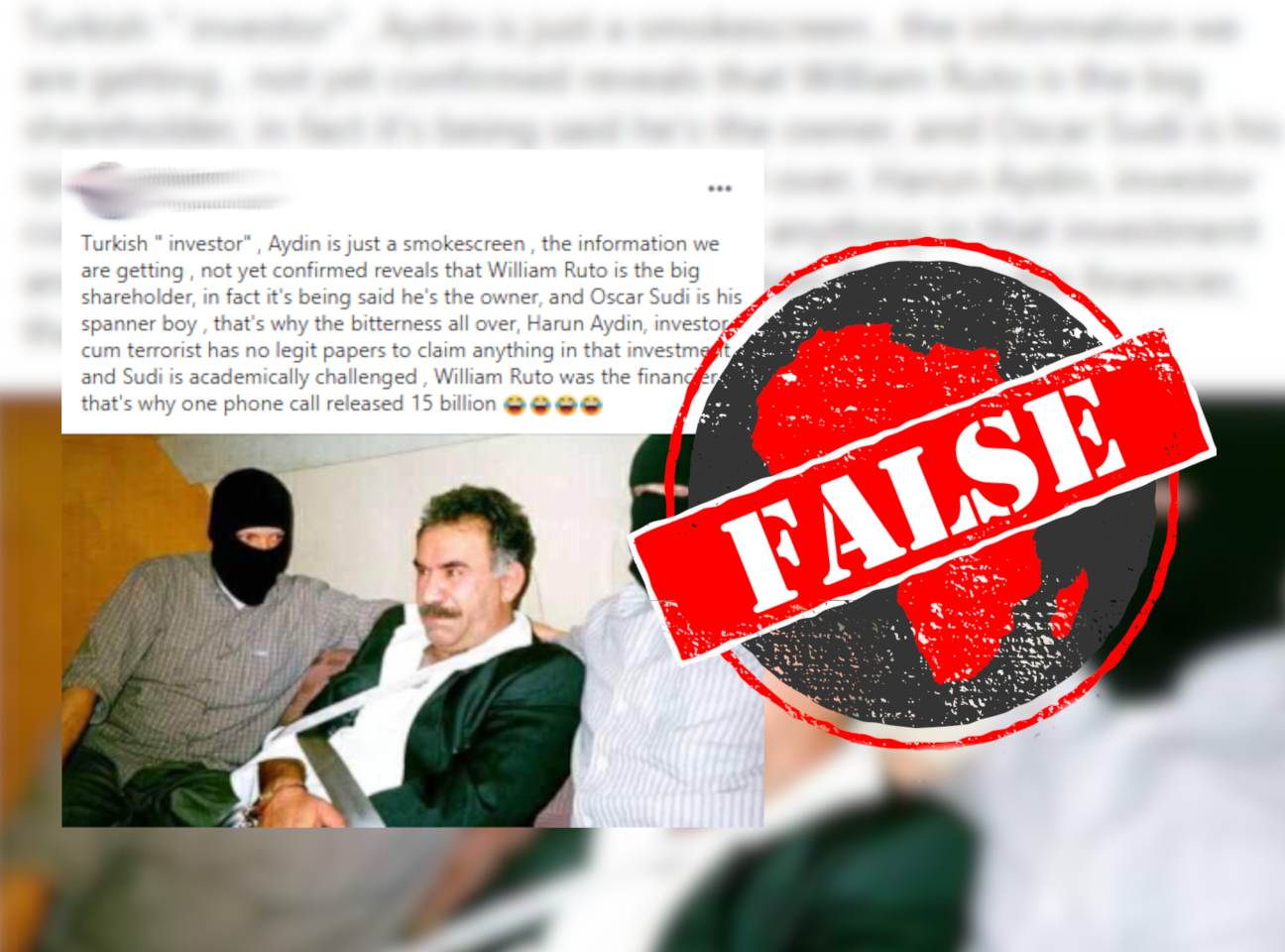 A reverse image search of the photo reveals the man pictured is Abdullah Öcalan, a leader of the Kurdistan Workers' Party, or PKK.

The PKK is a militant political organisation and armed guerrilla movement who fight for Kurdish autonomy in south-eastern Turkey, northern Iraq and north-western Iran, as well as smaller parts of Syria and Armenia.

According to the caption to the photo published by United Press International, it was taken while Öcalan was on a plane on the way to Turkey in February 1999, after being arrested in Kenya.

“Öcalan was arrested at the Greek Embassy in Kenya and is blamed for a decades-old Kurdish rebel movement that is alleged to have killed thousands in Turkey,” part of the caption reads.

He was sentenced to death in June 1999 by a Turkish court but at the time of writing is still in prison.

The photo shared on social media in Kenya does show a man on his way to Turkey, but it is not of Harun Aydin and is more than 20 years old.