“Attempted hijacking at N1 city mall. Brazen attempt of foreign man trying to steal child from fathers arms in the mall,” reads the caption of a video posted on Facebook. The N1 City Mall is in Cape Town, South Africa.

The video shows two men arguing, then pushing and shoving each other in a shopping centre. One of the men holds a young child between himself and the other man, who seems to be trying to prevent him from leaving. Other people look on, and a third man later attempts to intervene in the fight.

“We have received information that they get R3000 per child,” the caption continues. “We urge all parents to be alert and not leave any children unattended to.”

But what were the two men really fighting about? We checked. 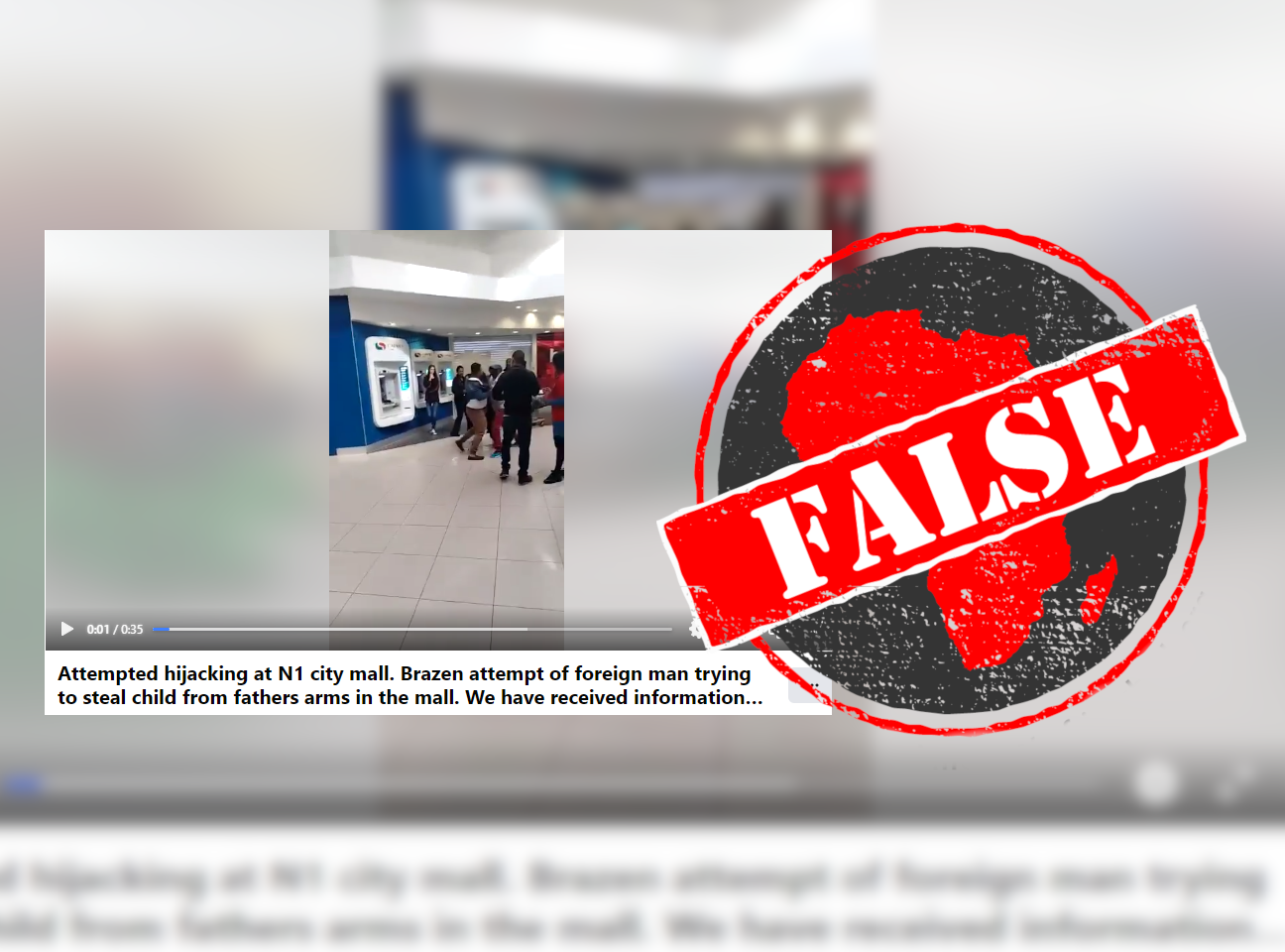 Video of security guard and suspect from 2018

The video was posted on Facebook in August 2018. But it’s recently been shared thousands of times and has attracted more than 150,000 views.

A Google search of kidnappings and abductions related to the N1 City Mall returned multiple news articles written around the time of the original Facebook post.

Radio station Cape Talk reported at the time that the man was not protecting the child – who is his son – from an attempted kidnapping. He was using the child as a buffer between himself and the other man, who was a plainclothes security guard.

South African Police Service spokesperson FC van Wyk told the Daily Sun newspaper that the man had allegedly stolen from one of the mall’s shops. The newspaper reported that he was arrested on theft charges and appeared in the Goodwood Magistrate’s Court the same day.

The false story of a kidnapping started circulating at the time of the event.

A police media statement released soon after warned the public to be wary of misleading or fake videos that go viral on social media with claims that they show child abductions.

“We are appealing to social media users to act responsibly and verify information before posting sharing, as such postings do nothing more than cause unnecessary panic and paranoia among our communities,” the statement reads.

Learn more about how to verify videos with Africa Check’s guide to spotting cheap, out-of-context and deepfake videos.