A video shared on Facebook appears to show a Chinese man in a confrontation with Africans at a worksite.

The video is shared with the claim that it shows a Chinese national being beaten “for trying to attack a Kenyan man”.

Another Facebook page posted the same video, claiming it showed “fight between a Kenyan and a Chinese”.

Another Facebook user has captioned the video: “China man attacks Kenyans in Kenya. Watch how daring and audacious this Chinese monster is. He pierces a Kenyan dude in the waist with a metal rod and with extreme hate as if to kill him. He does this in Kenya and gets away with it.”

Others have described it as showing a “Chinese man beaten by a Kenyan man” and with the caption “Chinese vs Kenyan”.

All in all, the video has been viewed by more than 159,000 Facebook users.

But did this incident really happen in Kenya? We checked. 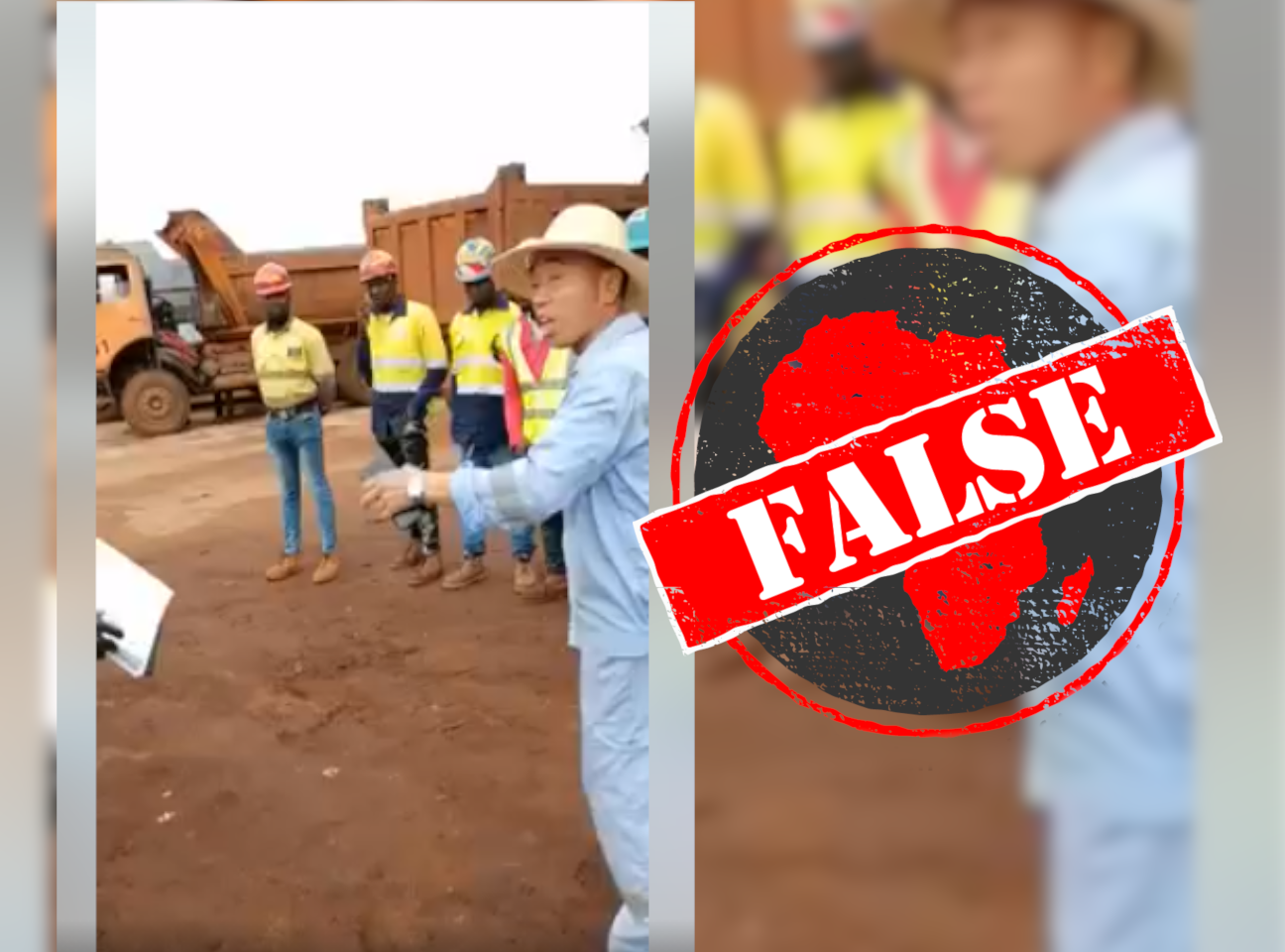 Searching for the phrase “Chinese and African fight” on YouTube, Africa Check discovered the same video uploaded a number of times.

Many were posted on 9 June 2021, around when the video went viral in Kenya. But most of the uploads we found said the incident took place in the West African country of Sierra Leone.

The media outlet News Central TV described the location of the fight as Tonkolili mines in central Sierra Leone.

Bangura said the Chinese miner worked for the Chinese Railways Seventh Group (CRSG), who were a subcontractor to Kingho. The miner disagreed with the Kingho safety officer and this escalated into a fight.

Gleaner, a Sierra Leonean newspaper, later shared a statement by the CRSG on Twitter. The Chinese company apologised for the incident and said their employee had been “relieved of his duty immediately”.

No Kenyans were involved in the dramatic incident.