A photo of Kenyan musician Julius Owino, popularly known as Juliani, and Lillian Ng’ang’a, former first lady of Machakos county, has been shared on Facebook. And it looks like congratulations are in order – Juliani is wearing a black tuxedo and Ng’ang’a a white lace wedding gown.

The caption to the photo further suggests that Ng’ang’a and Juliani have married, soon after she announced her separation from Machakos county governor Alfred Mutua. It reads: “Juliani MARRIES Governor Alfred Mutua's WIFE Lilian.”

The post includes a link to a music video on YouTube by a musician called Emqba Jenerali. The video is titled “Governor Mutua Ameachwa Song” but doesn’t appear to have anything to do with the governor’s ex or her new beau.

While the couple have publicly announced that they are in a relationship, does this photo show their wedding? We checked. 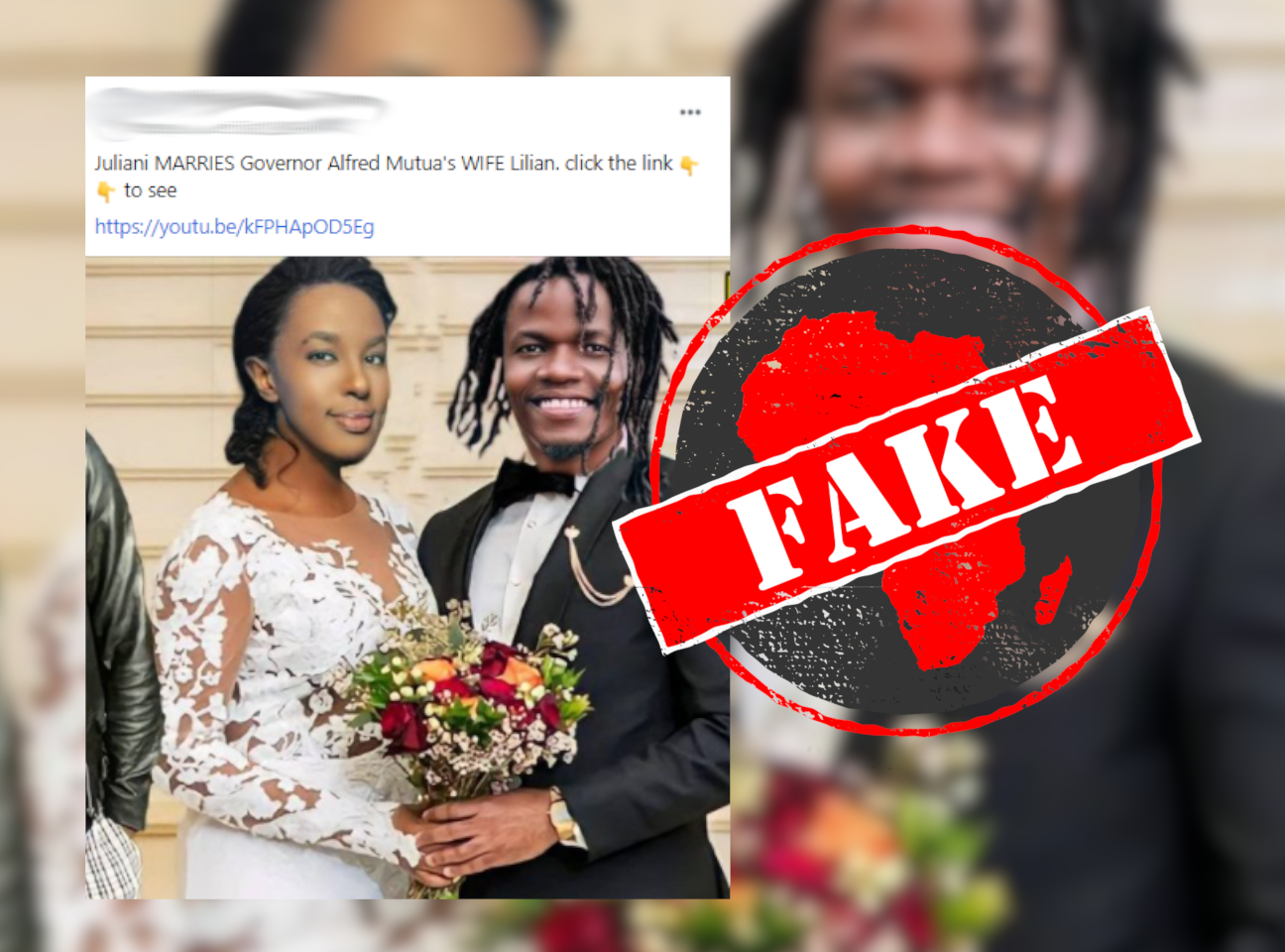 There are obvious clues that the photo has been digitally manipulated. Ng’ang’a’s complexion is quite a different shade to the rest of her body.

The couple’s heads are also at odd angles to their bodies.

Photoshopped from original in US magazine

A Google reverse image search of the photo led us to the original, featured in an article in wedding magazine on 1 February 2021 – in Philadelphia in the US. And it shows two completely different people.

According to the magazine, the photo is of DeAnna Supplee and Malcolm Evans, a couple from New York City, who got married on 1 February, “on the first day of Black History Month”.