No, women wearing hijabs not banned from Zara stores in France – false claim from 2015

The Zara chain of clothing stores “just made a decision in france not to let any woman wearing hijab to their stores,” begins a screenshot of a Facebook post, itself circulating on Facebook in South Africa in July 2022.

A hijab is a form of hair covering worn by Muslim women.

The screenshot ends with: “[I] wish all muslims around the globe will share this and stop buying from this racist store.”

In South Africa, it’s been posted with comments such as “Boycott this Racist Store” and “Muslims boycott Zara stores”.

In 2011, France banned women from wearing Islamic face veils in public. The law was widely criticised but has persisted – even through the country’s Covid mask mandates. More recently, the French government voted to ban girls under 18 from wearing hijabs in public.

But have women wearing hijabs been banned from Zara stores in France? 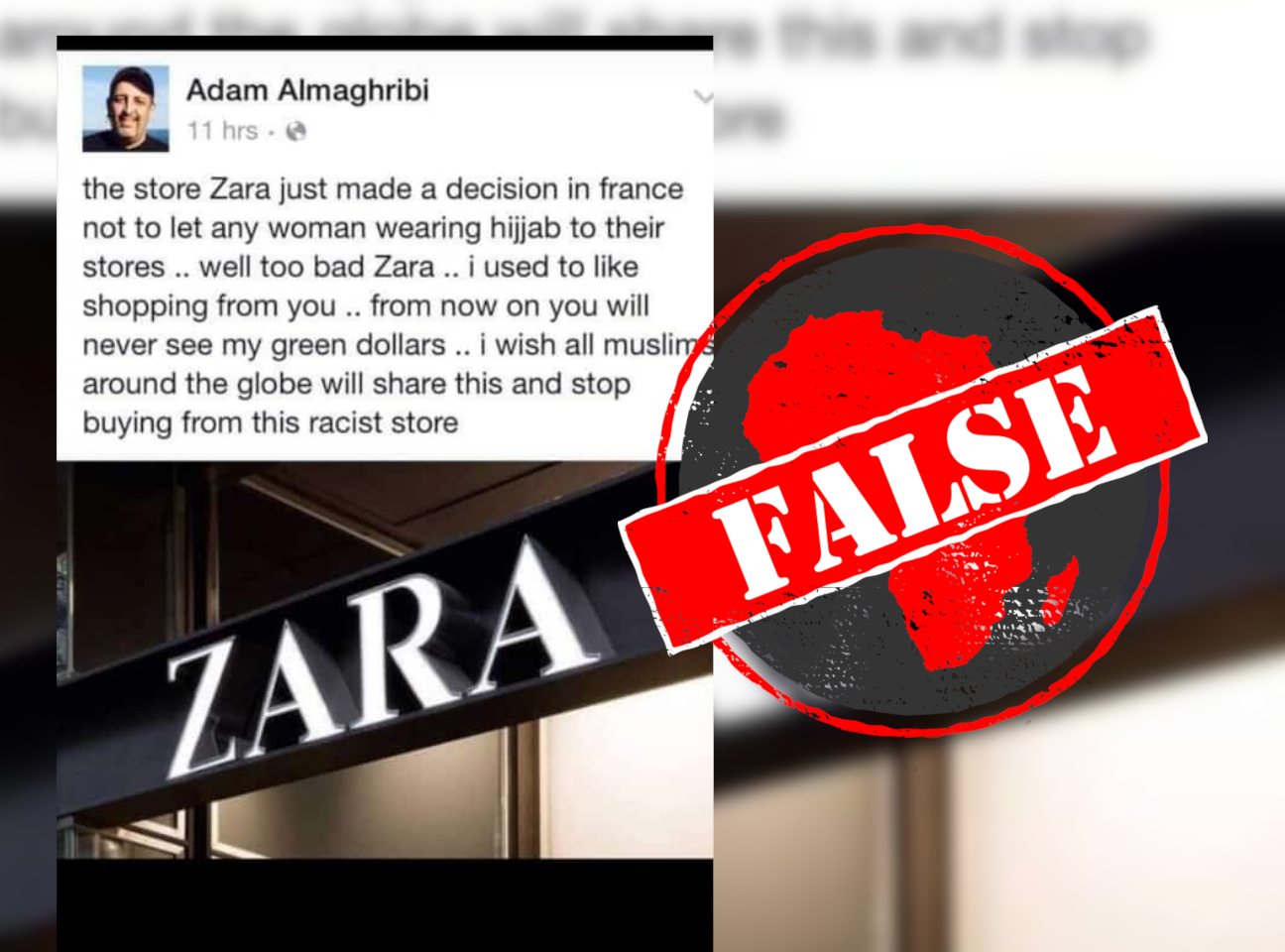 The screenshot is from a seven-year-old Facebook message, posted in November 2015. So even if it were true, Zara couldn’t have “just made” a decision to ban hijabs in 2022.

The claim appears to date back to 2015, when a video was posted online showing a Zara employee stopping an unidentified woman from entering the store. The woman was reportedly told that “people whose heads are covered with caps, hats, beanies, hoods and hooded veils can't enter the store”.

The video was uploaded shortly after a series of terrorist attacks linked to the Islamic State militant group hit Paris.

The hashtag #BoycottZara was used on Twitter in protest against the incident. Zara responded by tweeting that the incident did not reflect its company policy, as reported in another fact-check. Replying to one critical tweet, the company apologised by saying: “Both the security staff and the store manager have been sanctioned.”

In response to the latest resurgence of the claim in 2022, a Zara spokesperson told our fact-checking colleagues at Full Fact that “we can confirm that Zara company policy allows women wearing hijab to enter its stores worldwide”.