No, years-old video clips from Hindu festivals – not idols thrown away in India because they ‘don’t have power to cure’ Covid

“IDOLS THROWN ON THE STREET BCUZ THEY DON'T HAVE POWER TO CURE CORONA VIRUS IN INDIA,” reads the caption of a video posted on the Facebook page “Islamic Nigeria dawah tv” in May 2021.

The video begins with a man speaking to camera: “A large number of Indians have thrown the idols of the Gods they worshipped on the streets as the numbers of coronavirus infections skyrocket in the country.”

As he speaks, the video cuts to fuzzy footage of a front loader clearing piles of small and colourful objects.

“Indians expressed anger at the idols that they worshipped and sacrificed themselves for,” the man continues. “But the idols have not protected them from the coronavirus.”

The video then shows a second clip of what appear to be idols being taken from the bed of a truck and thrown into a river.

The video is stamped with the logo of Shia Waves, a Persian-language website and YouTube channel with a focus on Islam.

Hinduism is the largest religion in India. Part of the religion’s practice is to worship touchable objects – statues, icons and the like – as reminders of God. But this may be seen as idolatry by some followers of Islam, Judaism and Christianity.

By 24 June 2021, India had reported 30 million confirmed cases of Covid-19 to the World Health Organization, making it the country with the second highest number of infections after the United States. More than 390,000 people in India have died from the disease.

But does the video really show Hindus in India “throwing their idols into the streets” because they lost faith in the religious objects’ ability to protect them against the coronavirus?

It doesn’t. The new coronavirus that causes Covid-19 was first identified in China in late December 2019. The two clips in the video were shot long before. 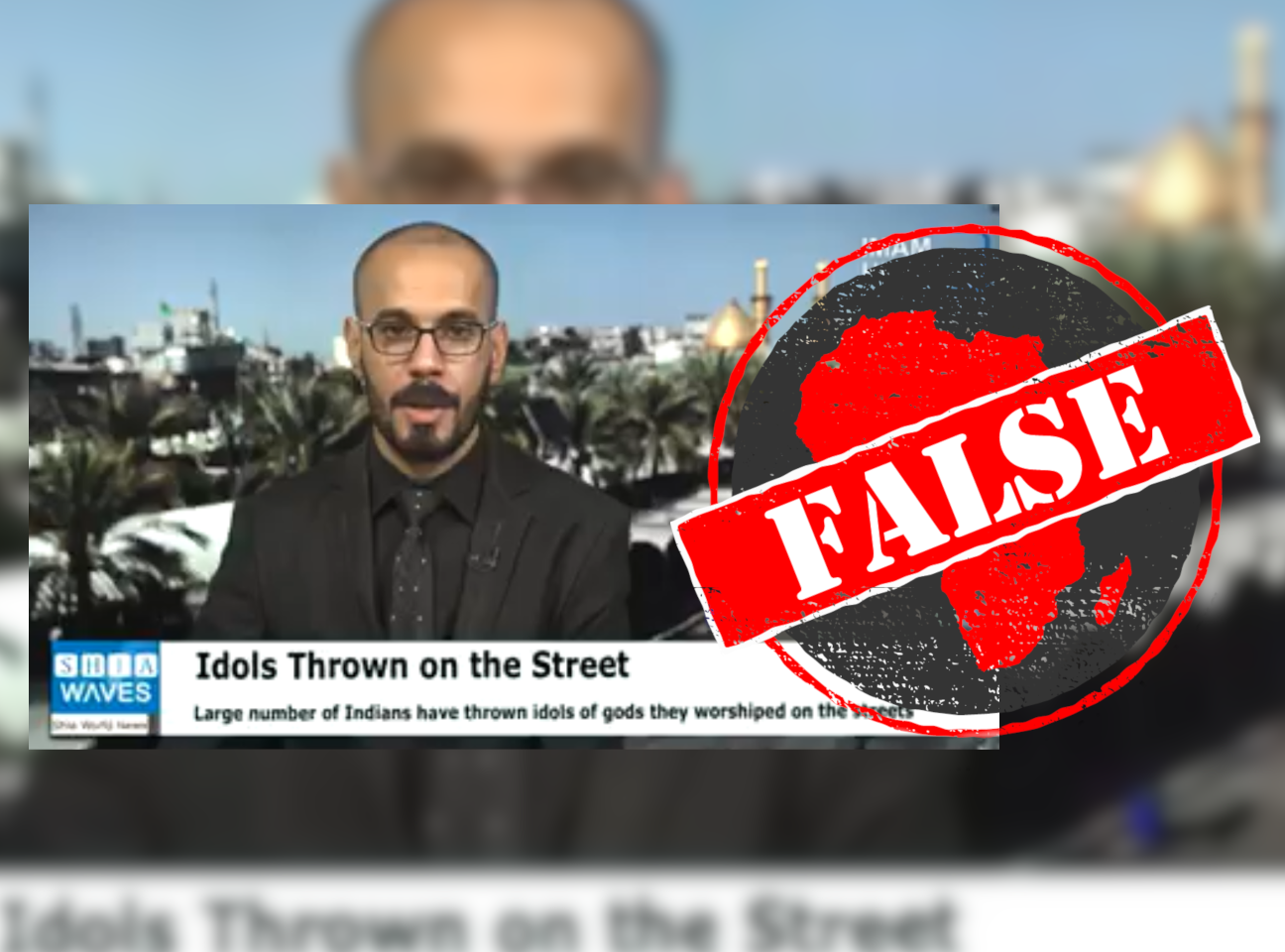 Using the InVid WeVerify video identification tool, we extracted frames from the video and traced the origins of both clips.

The first was posted on Twitter on 11 August 2019 in response to a post by Vijay Nehra, a former municipal commissioner in India.

Nehra had tweeted about how people had chosen to keep the Sabarmati River clean by leaving Dashama idols on its banks, instead of throwing them into the river.

For the second clip, a reverse image search using the extracted frames helped us find it in a video posted on Facebook in May 2015 – more than six years ago.

It appears to show idols being thrown into a river after the Hindu festival of Ganesh Chaturthi.

Neither clip is related to the Covid-19 crisis in India.