“Zimbabwe becomes the first country to pass the Paternity Test Act,” reads a 27 April 2021 tweet widely shared as a screenshot on Facebook. “The Act makes DNA testing a compulsory at birth,” it adds, but gives no evidence for its claims.

But has Zimbabwe passed a “Paternity Test Act”? 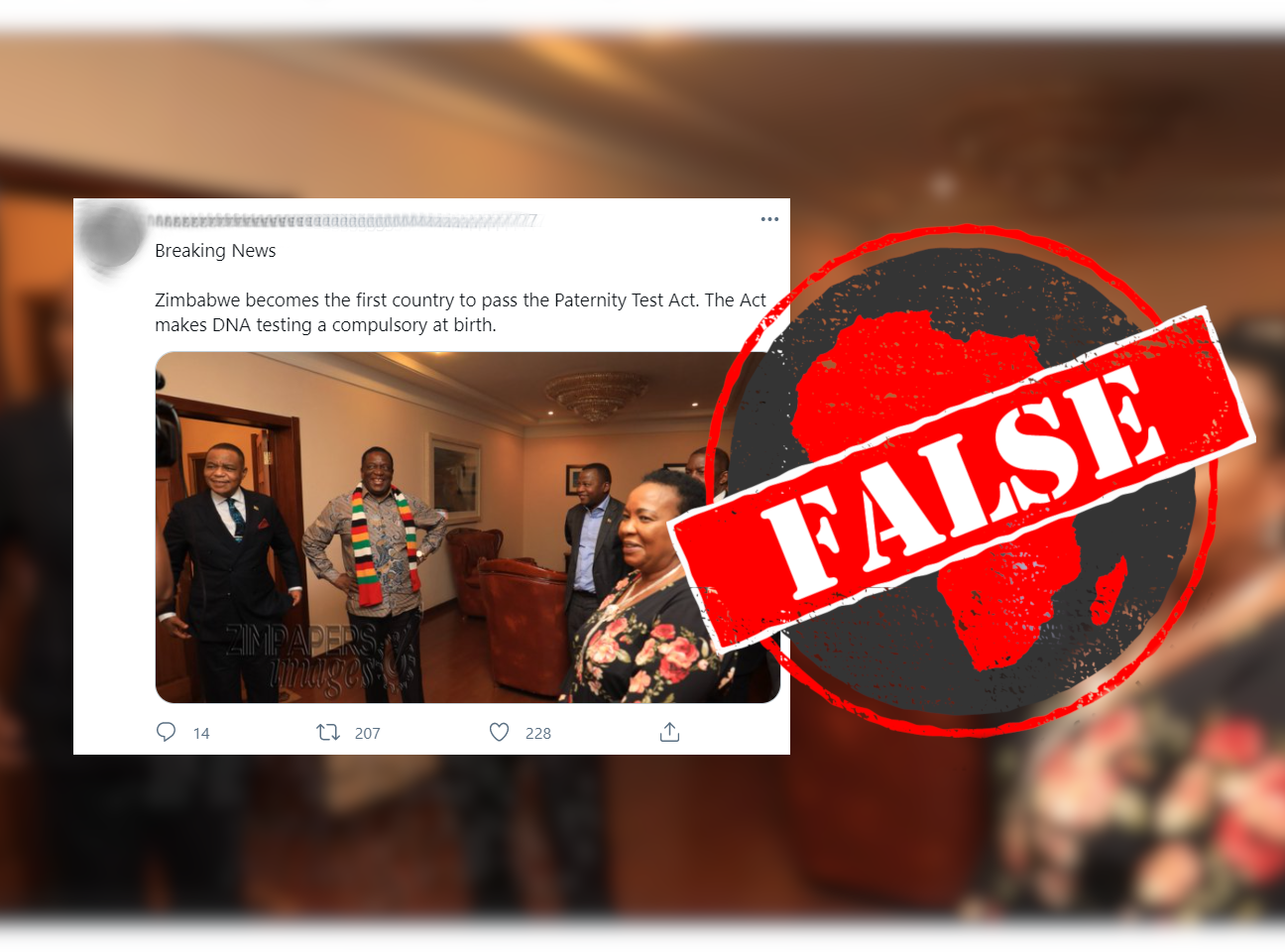 No DNA test for birth certificate

Zimbabwe’s Department of the Registrar General does not require a paternity test for a birth certificate to be issued.

When the child’s parents are unmarried, the department says both of them “must be present to sign a declaration of paternity”. But this does not involve a DNA test. Exceptions can be made if, for example, “the biological father refuses to acknowledge paternity”.

No news about a “Paternity Test Act” has appeared on the parliament of Zimbabwe’s official website, and paternity testing was not raised at the most recent meeting of the country’s national assembly, which has not gathered since 22 April 2021.

The Zimbabwean senate has met since then, on 27 and 28 April, but did not vote on or even mention a paternity test act.

Similar claim made in 2017 – false then and false now

In 2017, Zimbabwe’s registrar general, then Tobaiwa Mudede, refuted claims that his department would require paternity tests in birth certificate applications.

Mudede said at the time: “Who am I to force people to conduct DNA tests? Where do I come in? I do not even think about that and have never contemplated on it.”