A video circulating on TikTok seems to show closed-circuit TV footage from the inside of a morgue or hospital. In the video, a human body on a table slowly removes the sheet covering it, sits up, and walks around the room.

Many users who have posted the video claim that it shows a zombie, a dead body come back to life. Zombies have been popular horror movie monsters since George Romero’s Night of the Living Dead in 1968.

Users have also claimed that the video was filmed in a morgue in China. While the video may have originally been posted on TikTok, it has also been published on Facebook.

Despite what many reposting and commenting on the video have suggested, it isn’t evidence that zombies have escaped the silver screen. It wasn’t even filmed in China! So what’s really happening here? 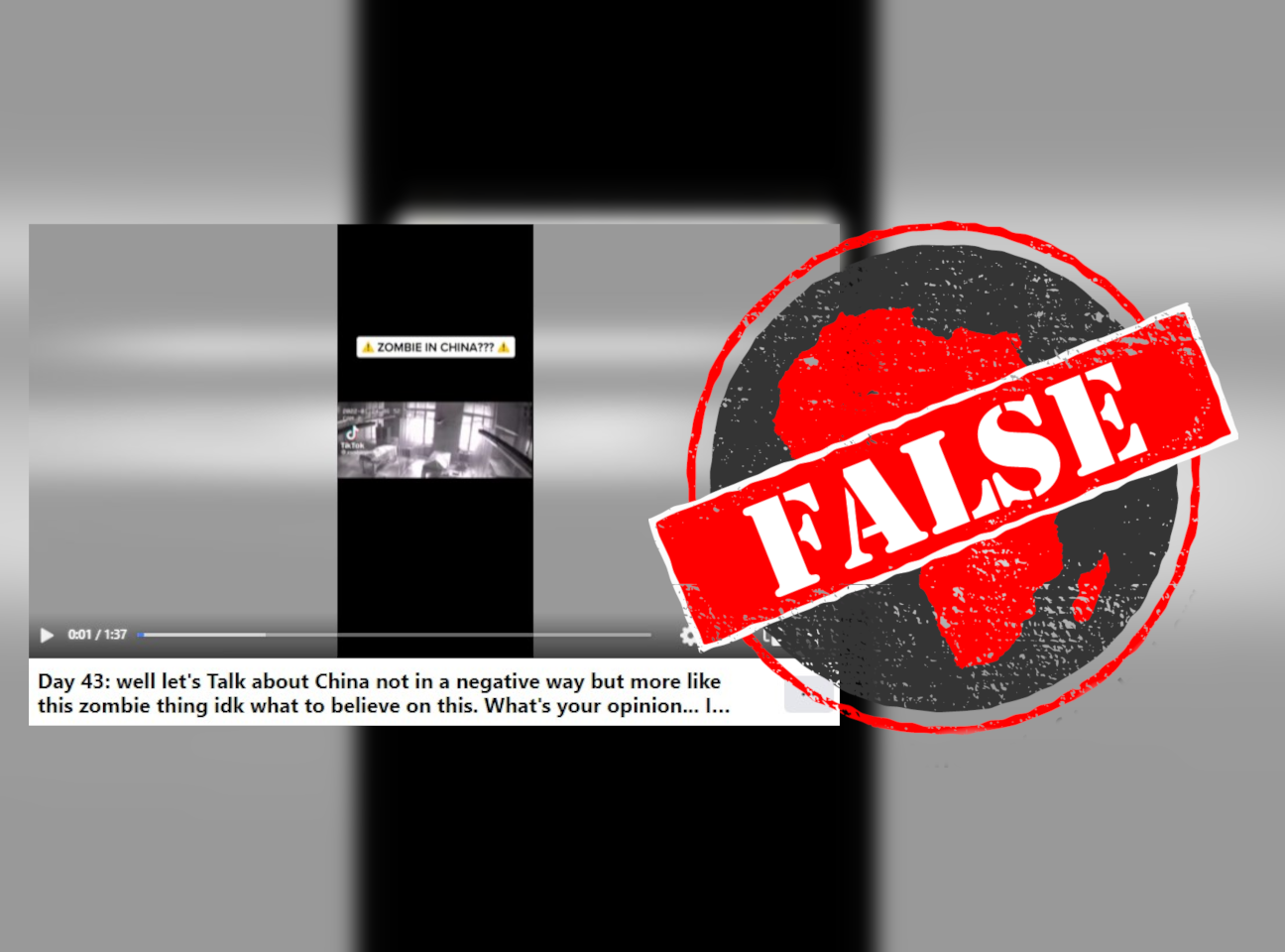 A reverse image search for a frame from the video revealed that it had been shared months earlier. In January 2022, the video was widely shared in Russia, with claims that the “zombie” had been filmed in a morgue in the Russian city of Tver, north-west of the capital Moscow.

But this older claim doesn’t make any more sense than the more recent one. It’s odd that a small Russian city would have a security camera set up in its morgue, perfectly positioned to see a monster waking up on the mortuary table.

And while the video shows what appears to be daylight streaming through large windows, the sun had not yet risen in Tver at the particular time and date indicated by the video’s time stamp – 24 January 2022, at 6:52 am.

Fortunately, there is a simple explanation for all of this. The video is a short clip filmed for a TV show.

A forensic specialist told one Russian news outlet that the clip had been filmed in the real Russian National Research Medical University, in Moscow, rather than Tver, but in a wing that had been closed off to film a TV series.

The series in question is “И снова здравствуйте!” or “Hello again!” It is described as a comedy about a criminal who is killed after deciding to give up his life of crime, and then wakes up in the morgue, somehow still alive. The morgue shown in the viral video can also be seen in trailers for the series. Zombies aren’t real, however seemingly convincing the evidence.