The next day, a video claiming to show Obama arriving in the Kenyan city of Kisumu for his grandmother’s burial was shared on Facebook. It has been viewed roughly 112,000 times.

“OBAMA ARRIVES KN KISSUMU. Barrack Obama arives in Kogelo ahead of the burial of his grandmother,” its caption reads. Kogelo is a town near Kisumu.

The video appears to be a live news report by Kwetu Media TV with a chyron that reads: “OBAMA ARRIVES IN KISUMU – Obama’s jet has landed at Kisumu Airport.” But the news ticker shows contact details of Citizen TV, and not Kwetu Media TV.

Does the video show Obama arriving for his grandmother’s funeral in March 2021? We checked. 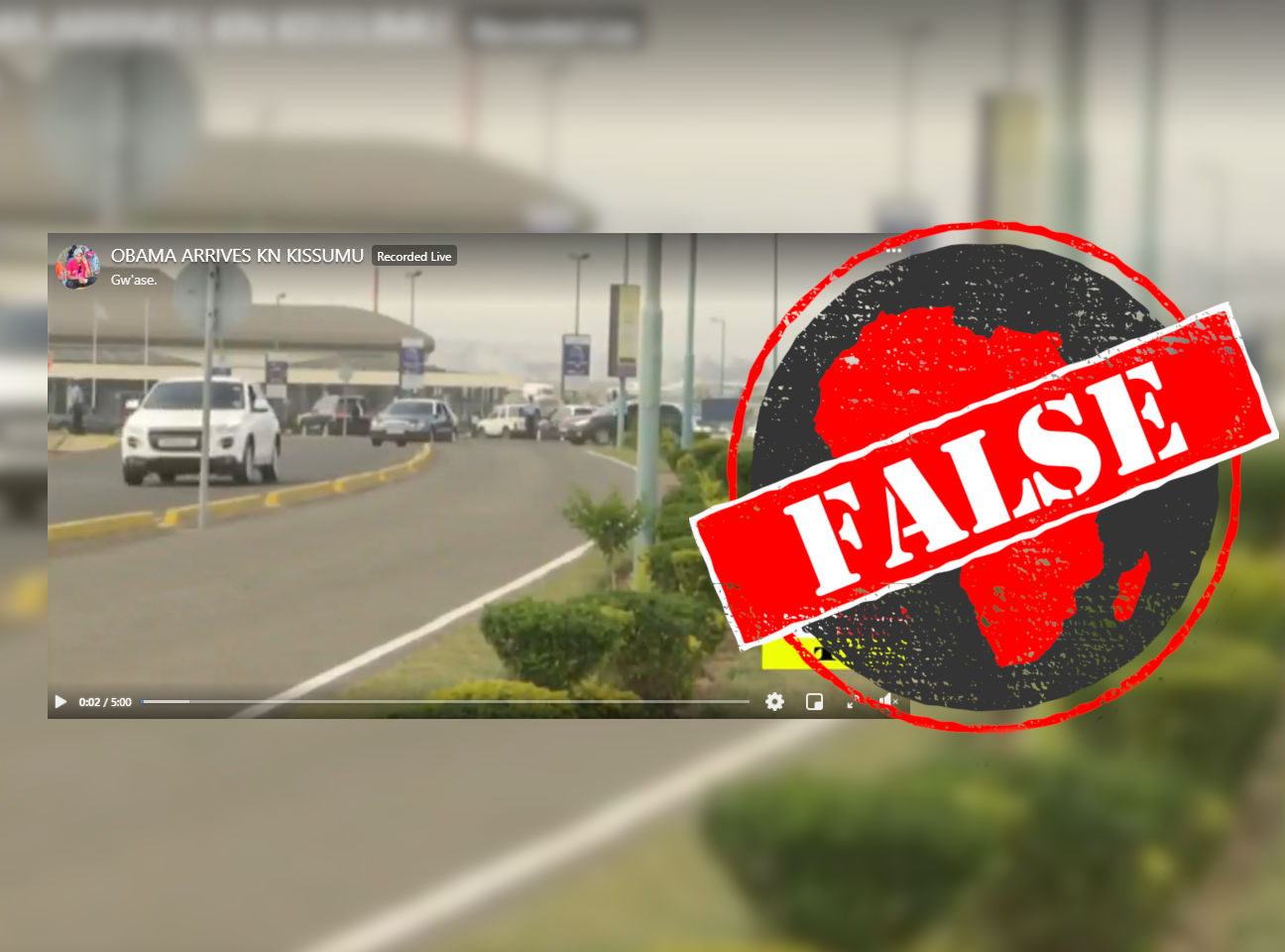 We searched for Obama’s visit to Kisumu on YouTube and found a video similar to the one in circulation.

But the video was uploaded on 16 July 2018. It captured Obama’s 2018 visit to Kenya where he had travelled to promote the opening of a sports and training centre founded by his sister Auma Obama.

The commentators and chyrons in both videos are the same but they bear Citizen TV’s logo – not the Kwetu Media TV logo.

Obama did not attend his grandmother’s burial. Instead, he eulogised her, saying: “My family and I are mourning the loss of our beloved grandmother, Sarah Ogwel Onyango Obama, affectionately known to many as ‘Mama Sarah’ but known to us as ‘Dani’ or Granny. We will miss her dearly, but we’ll celebrate with gratitude her long and remarkable life.”