IN SHORT: William Ruto was sworn in as Kenya’s president on 13 September 2022. In the days before, a photo of presidential candidate Raila Odinga went viral with the claim it showed him leaving the country ahead of his rival’s inauguration. But the photo was actually snapped in 2018.

A photo of losing Kenyan presidential candidate Raila Odinga is circulating on Facebook with the claim it shows him preparing to leave the country ahead of the inauguration of his rival, now president William Ruto.

“Raila Odinga jet out of the country to watch Dr William Ruto's inauguration in a foreign country,” reads one caption.

Kenya held a presidential election on 9 August 2022. Ruto of the United Democratic Alliance party was declared the winner, and sworn in on 13 September. Odinga, who heads the Orange Democratic Movement, unsuccessfully challenged the election results in court.

But does it really show Odinga leaving Kenya before Ruto’s inauguration? 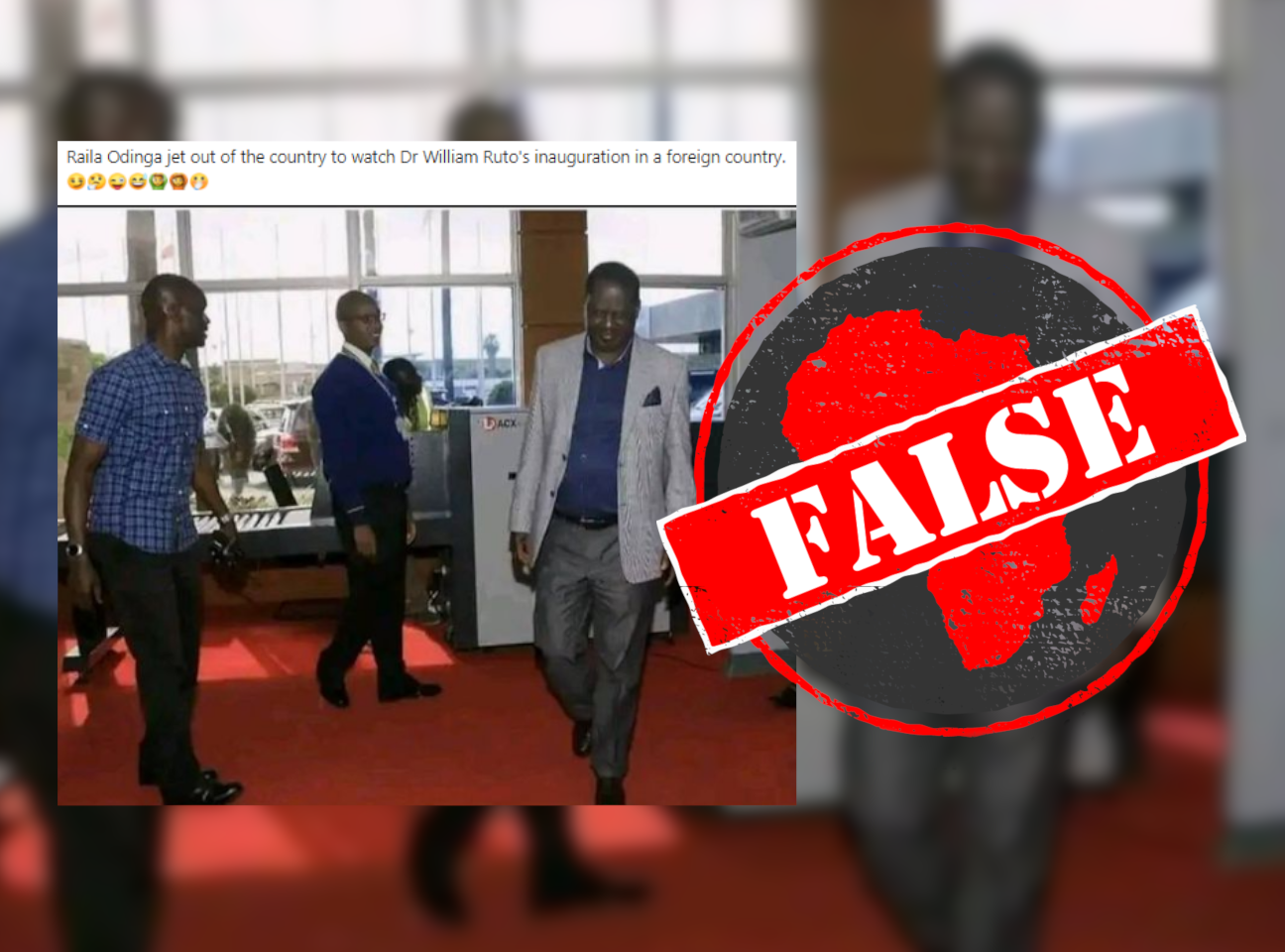 Odinga leaving for Ghana in 2018

A reverse image search of the photo reveals it has been online for four years.

Odinga posted it on Twitter on 9 September 2018, explaining that he was headed to Ghana for the funeral of former United Nations secretary general Kofi Annan, who died in August 2018.

His caption reads: “Departing to attend the burial of former UN Secretary General Dr. Kofi Annan in Ghana before proceeding to the U.S. to deliver lectures at Duke University in North Carolina, the George Washington University and at the Council on Foreign Relations (CFR), a non-profit think tank.”

Odinga earlier said he would not attend Ruto’s inauguration as he was out of the country. But the photo doesn’t show his departure.