Part of Africa’s Zambezi river shaped like human head? No, painting from imagination of Russian artist

An image of a meandering river shaped like a long-haired person’s head has been shared many times on Facebook – with the claim the river is the Zambezi.

One caption reads: “The Zambezi River in Zambia, one of the wonders of the World.”

Another version, posted on a public group page with about 36,000 members, has been shared more than 1,000 times. The claim also appears on other pages with members in the thousands.

The Zambezi, said to be Africa’s fourth-longest river, rises in Zambia and then flows through or along the borders of seven other countries before emptying into the Indian ocean.

But does the image show the Zambezi? We checked. 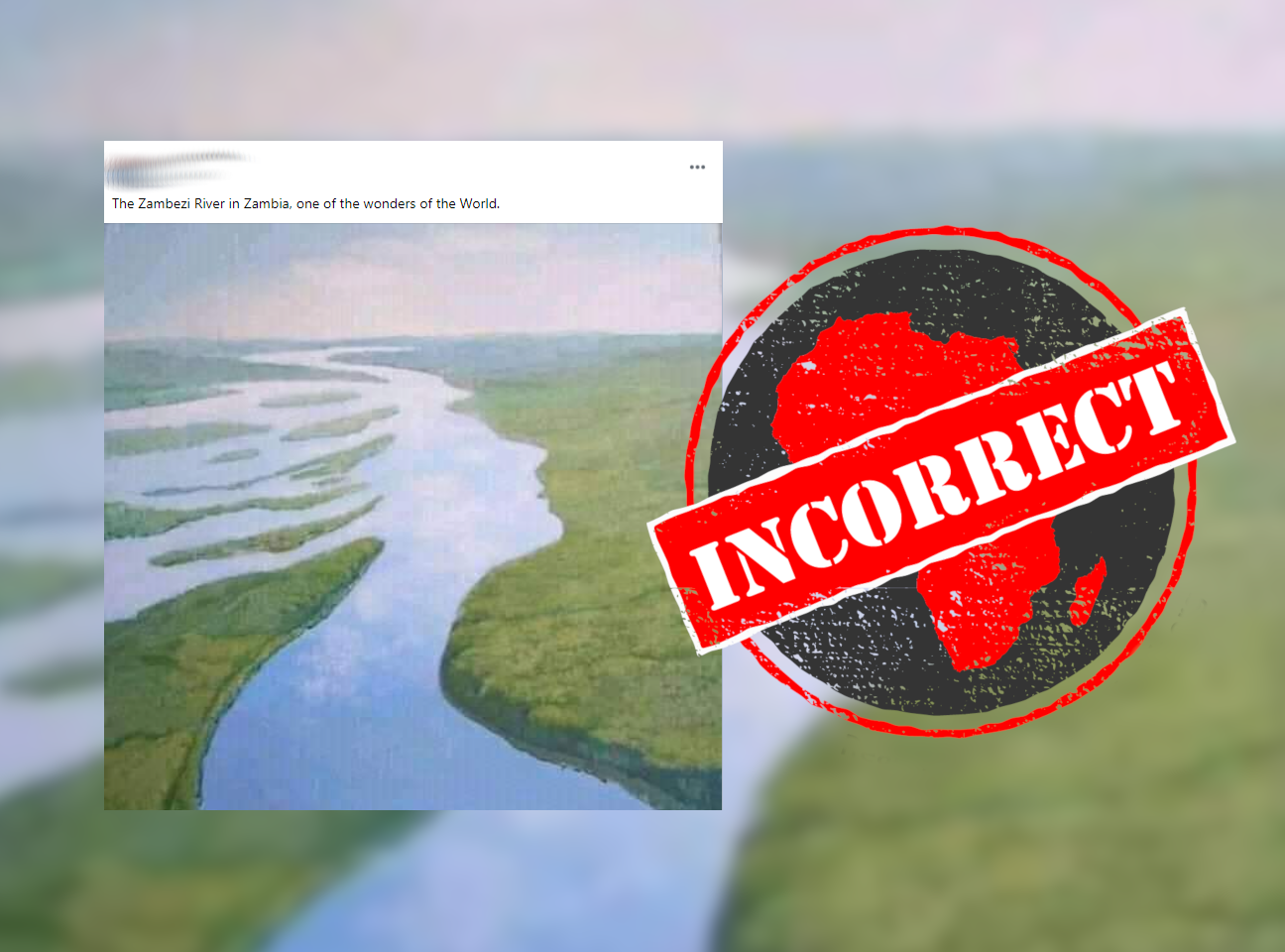 ‘People are very easy to deceive’

A machine translation of the Yandex search results led us to a VK post that described the image as the work of a “St Petersburg artist”. The post links to a report by Russian fact-checking website Provereno (“verified” or “checked out”).

This looks into claims that the image shows a section of the Selenga, a river that runs through Mongolia and Russia, as well as claims that it’s of the Zambezi.

“It turns out that this is not a photograph at all,” a translation of the report reads. “The author of the work entitled ‘Pacification’ is the St Petersburg artist Natalia Livitchuk.” St Petersburg is a city in eastern Russia.

Provereno says the acrylic work was painted in 2016, and can be found on the Russian arts websites Artonline.ru – where the original can be bought – and Gallerix.

“I absolutely do not understand this hype around my work,” Livitchuk told Provereno (again, a machine translation of the Russian).

“I came from the dacha [a rural plot of land], and I wanted to portray my attitude to nature and the universe. Convey a state of peace and tranquillity. I [did] not imagine any particular region ... I depicted the river [that was] at that moment in my soul.

“And this curiosity suggests that people are very easy to deceive.”

AFP Fact Check has also investigated claims about Livitchuk’s painting. She told them, in an email: “The whole composition came from my imagination and I didn't use existing rivers as a source. This river flows from my soul.”